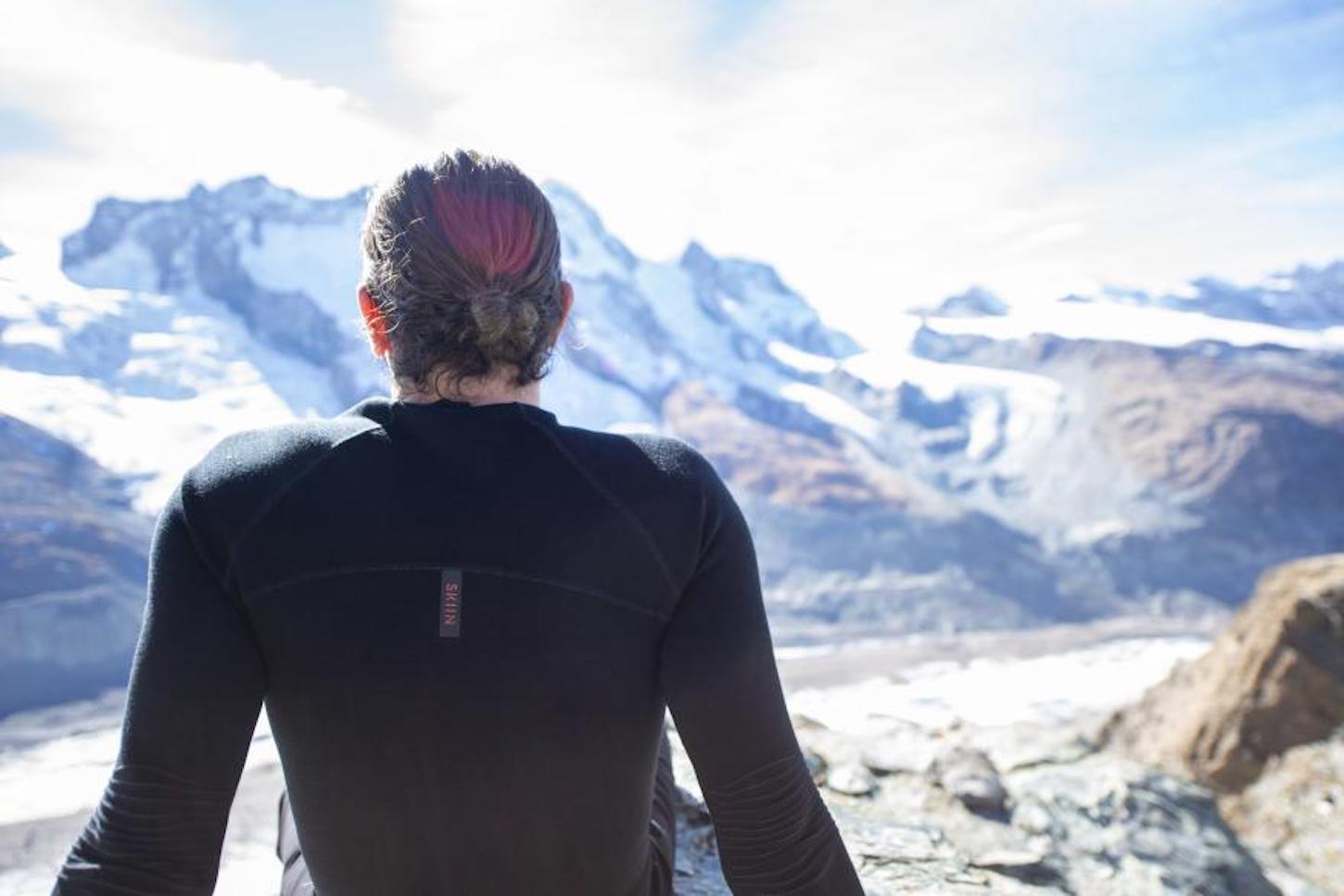 As the mercury continues to plummet across many regions around the world, dedicated cyclists who are committed to braving the winter are looking for any advantage they can to stay warm.

Fittingly, the Canada-based company SKIINCore has launched a new combination top and bottom base layer that features a wireless, self-heating system they claim can provide up to 18 watts of heating power for as long as eight hours on a full charge.

According to SKIINCore, the base layers are comprised of a special synthetic material that’s sandwiched between a heat-trapping wool outer layer, wherein cyclists can control the amount of heat applied via a special app or manually, sending heat to key areas of the body such as the hands, thighs, core and feet.

“We wanted to take the wires out of wearable technology and, living in Canada, we know what it’s like to deal with harsh cold weather. While developing a textile computing platform, the team discovered a way to transfer heat through the fibers of everyday fabrics,” says SKIINCore’s Product Manager Hin Fan. “The result is SKIINCore, a wire-free heated base layer that learns your optimal temperature the more you wear it.”

At the center of the system, is a discreet battery and docking station that neatly tucks inside the waistline of the top, which also features a USB-C port that can be used to charge one’s phone, even when it’s powering the base layers.

SKIINCore recently launched a crowd-funding campaign on Kickstarter, offering special incentives for early-backers, which you can learn more about here.