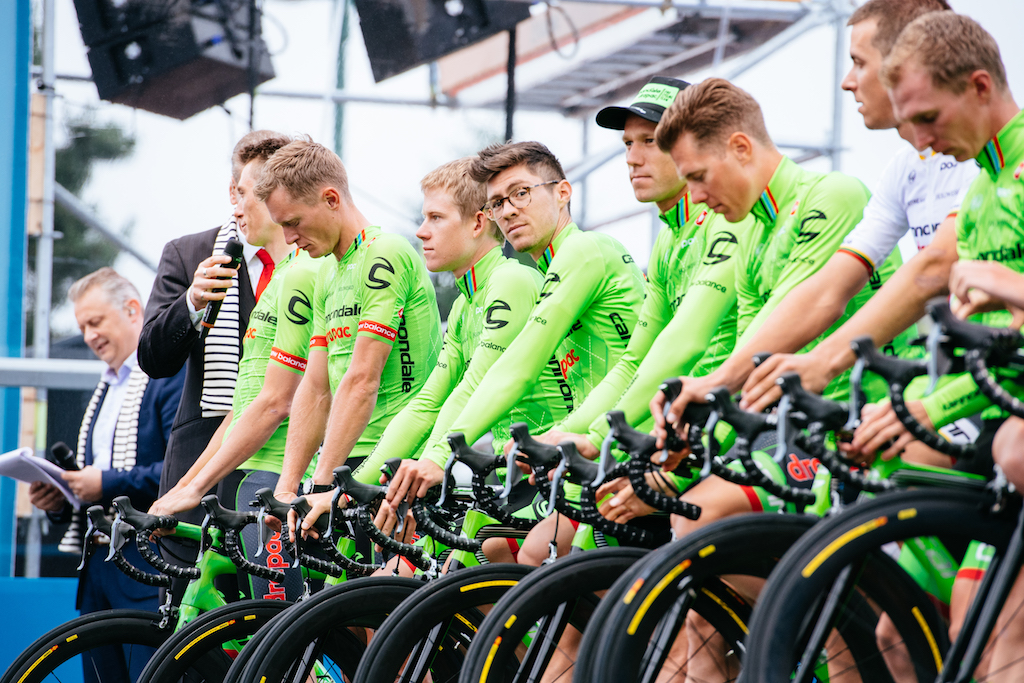 Spurious information has been whirling about the pro cycling space as of late today, suggesting that Slipstream Sports’ Cannondale-Drapac team has reportedly secured an anonymous sponsor who will keep the WorldTour team alive for the next season.

Slipstream’s CEO, Jonathan Vaughters, announced on Twitter on the last hour, that he had just had “one of the happiest moments of my life!!! More news to come.”

I just had one of the happiest moments of my life!!! More news to come.

A source close to the team was unable to name the sponsor, but did suggest that the financial backer will be from outside of the bike industry, and that this will be the company’s first venture into a professional cycling sponsorship.

However, it remains to be seen if the new sponsor will furnish the team with the full $7 million it needs to remain operational.

Sources also suggest, that the sponsor could be named as early as tomorrow, while the staff and riders are believed to be already informed of the news.

Prior to today’s announcement, Slipstream Sports undertook a crowd-funding campaign in an effort to raise money to save the team, whereby the Fairly Group stepped in promising to match donations up to $2 million.

As of today, Slipstream’s current backing stands at $2.4 million, following just one week of funding.