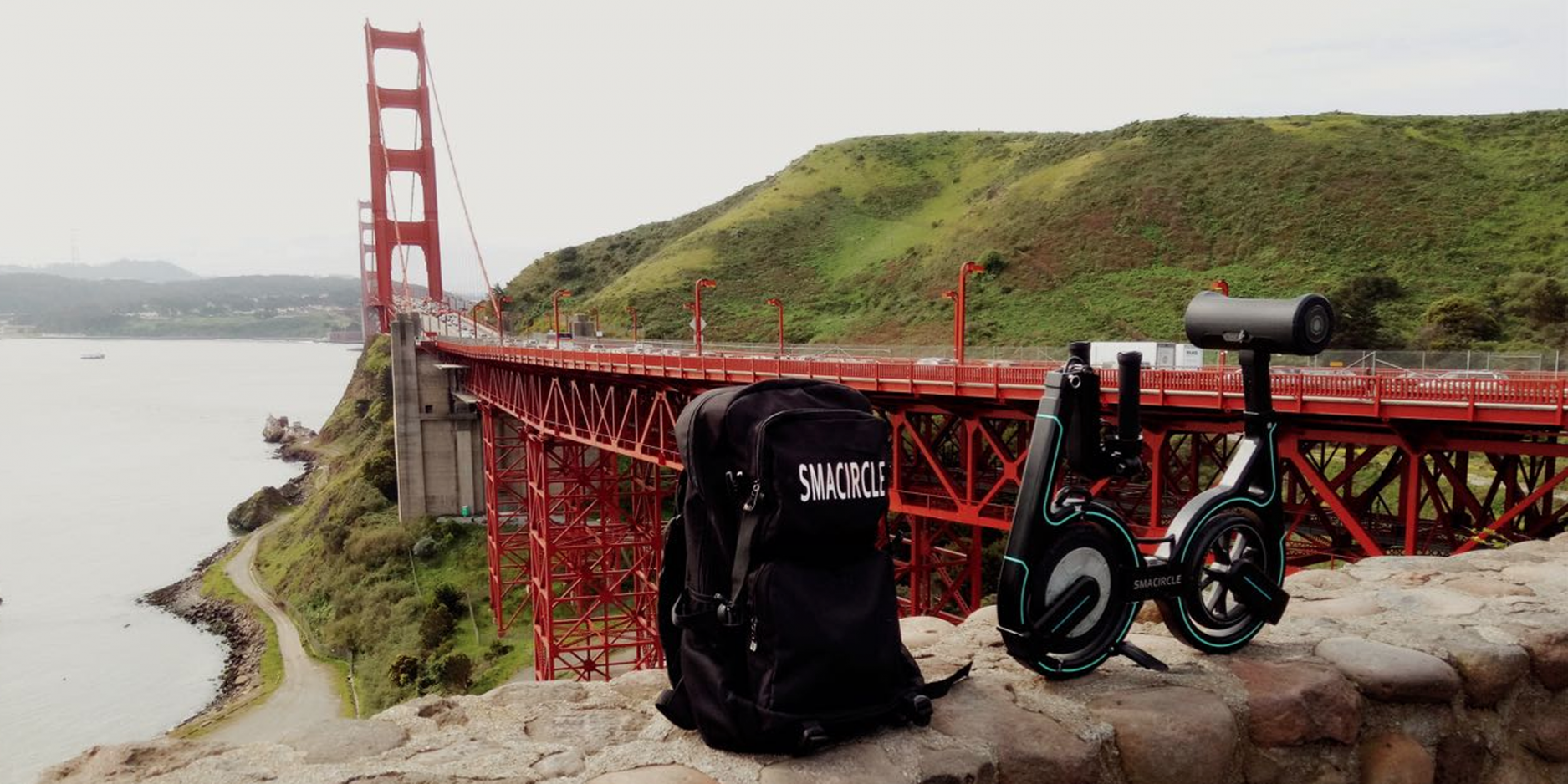 Claiming to be the world’s most compact and lightweight electric bicycle, the Smacircle S1 boasts features that are both futuristic, yet practical.

Upon first glance, the Smacircle S1 looks like a caricature of your grandfather’s horn-rimmed glasses. However, a lightweight carbon fiber frame that weighs a mere 15 pounds and robust 240w motor that’s capable of transporting a 220 pound person to speeds of almost 13 mph, belies its funky appearance.

According to the inventors, the Semicircle S1 folds up in as quickly as 10 seconds, and it can stowed in something as small as a backpack once you’ve reach your destination.

The 240w motor delivers power to the front wheel, which is controlled by a speed-adjustable thumb throttle.

In addition, the Semicircle S1 has its own companion app, which allows users to lock and unlock it, adjust their speed, turn on lights and monitor battery life.

The app can also keep track of trip data, such as average and maximum speeds and distance, as well as a security feature that disables the throttle when the bike is locked.

The inventors of the Smacircle S1 have turned to a crowd funding campaign on Indiegogo, as a means of getting the eBike into full production, offering special pricing for early backers.