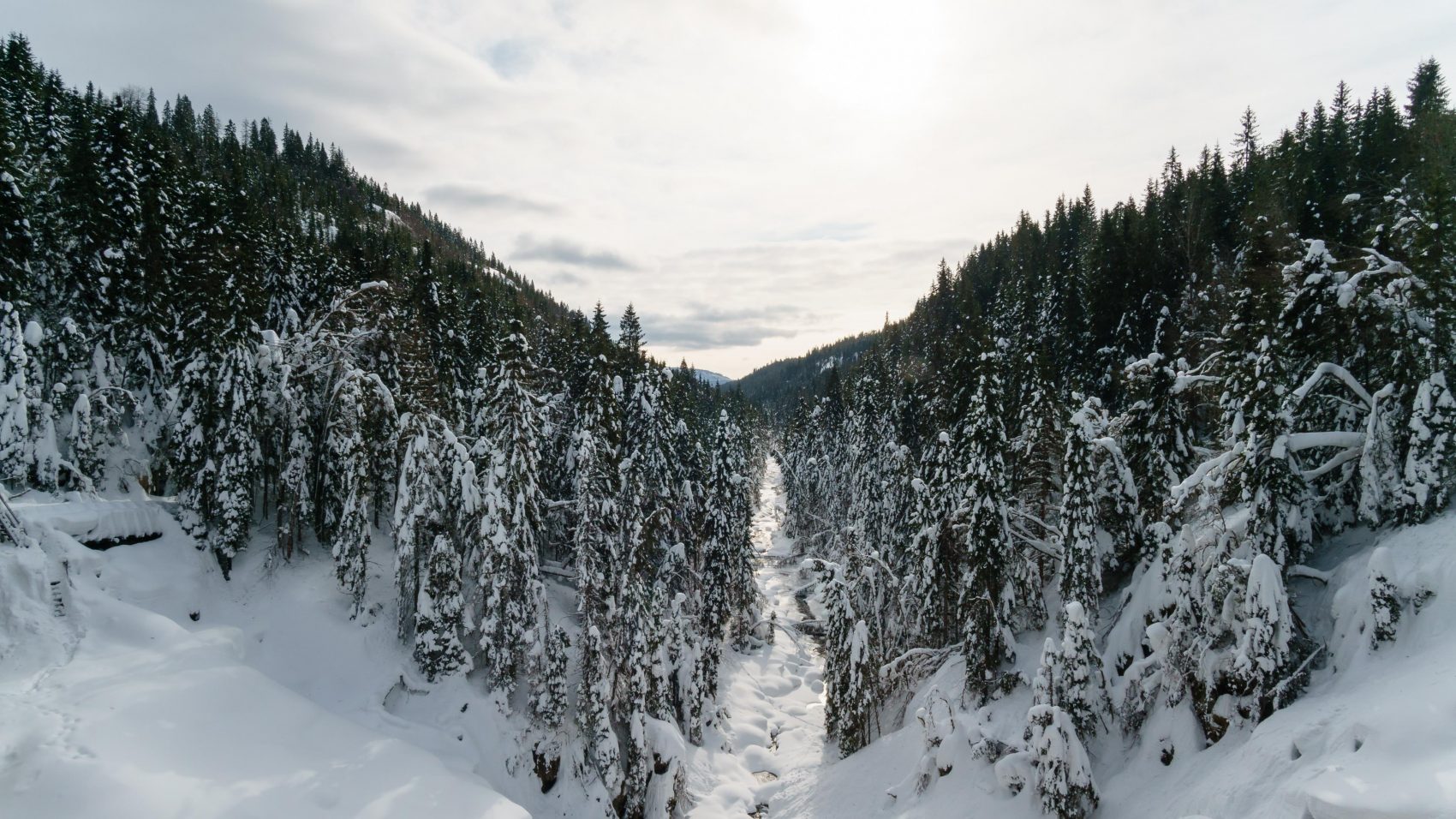 An adventure does not need to meet any particular metric of distance or duration. The trip can be short when viewed in time or length of path travelled but there is always an aspect that determines something an adventure.

When Norway was discussed as a potential destination for an XPDTN3 trip it was outlined that the trip should be in winter with the back drop of snowy slopes framing the Exploro bikes and their riders. The only uncertainty was we had never ridden these bikes on snow or really in the low temperatures of a Norwegian winter so we had no idea how bike or body would cope.The trip would end up being myself, Marcel Batlle and Landevei Magazine Editor Henrik Alpers. Henrik being the source of routing and provider of local interest fact.

Prior to arriving the previous weeks weather had been cold, like really cold with large amounts of snow fall. The winter weather in Norway was to the delight of the numerous XC Skiers who were enjoying the network of trails just outside Oslo. What this weather mean’t for cycling we weren’t sure really. We were sure that the proposed cycle from Oslo to Lillehammer would no doubt be a far bigger undertaking than we had envisaged. Could we ride it? For sure, would it be fun? Maybe, would we get the images of the trip we had planned? Unlikely.A rework of the planning was needed, and we settled on just ensuring that we got to enjoy the bikes in the snow and that we were able to take some fun shots of us doing so. Plan B was now to be a first day exploring the network or gravel roads just north of Oslo with the following days being a ride out to a suitable overnight and then back. This new plan afforded us the ability to match distance to weather, and it was welcomed.

After a previous night at Rouleur Oslo (ROSL.no) chatting to local riders it was clear that most take to skis this time of year leaving the riding until tires can see the gravel or tarmac surface. We started with a pre-ride planning meeting in the hotel with Henrik to outline what we wanted/needed to achieve. Then the days ride started from downtown Oslo. As we pedaled out of the city the sound of the spiked tires on tarmac took some getting used to, neither myself or Marcel had fully committed to their ability and were still avoiding where possible ice. Soon enough though the tires were silenced by snow as we rode up through the Vigeland Sculpture Park toward the Royal Palace.

Another brief foray on to tarmac saw us on a singletrack snow covered climb out of the city, part of a cycle network at this time buried under the winters snowfall.  Already the bikes were proving very adept in the conditions. The 650×2.1 tires gave some float while the spikes in them clawed at any ice keeping us upright. The pace as predicted was being driven by Marcel at the front, Henrik also no slouch on a bike I was momentarily dropped and took time to enjoy the snow-covered landscapes before we rode deeper in to the forests. The skies turned blue overhead and the contradiction to the forecast welcomed. Just north of Oslo is the Nordmarka Forest area, within it a large number of gravel trails and come winter these form the XC ski network. Any time we stopped the silence was stunning, only the occasional skier or bird breaking it.

With a whole day to explore we took opportunity to ride off along side roads to viewpoints and of course later in the day a stop at a coffee and waffle spot with its mass of skiers also partaking. One thing to be clear when conversing with any Norwegian when they talk skiing it is usually Nordic not Alpine and when the topic of temperatures are being discussed at this time of year you can assume the value given is in the negative.

As we rode away from the city the temperature had definitely fallen, not the arctic temperatures locals had experienced the week prior to our visit but still a healthy negative value. After stopping moving for our coffee and waffle stop the cold was definitely felt in hands and feet properly for the first time of the day. My Grip Grab gloves were working overtime as my Endura primaloft jacket kept the blood flowing. Any climb was welcome to warm up though the descents were particularly fun as corners were drifted without too much consequence should a slide get overcooked, a drop bar gravel bike may not seem the perfect tool for the job but it is not detracting from either progress or fun.

The day ended with a cycle trail following the river. As we ride in and out of the walkers we now place more faith in our spiked tires to grip the icier path we have to resort to occasionally. End of the days ride and a perfect introduction to winter Norwegian gravel grinding.

The previous night the plans were still under negotiation. There were many options on the table from the most basic of trekking huts for the upcoming night’s accommodation to much more luxurious options.  We went with a more middle of the road option and decided to ride out north west to a guesthouse where we would be guaranteed a warm bed at the end of what was looking to be a very cold day. The weather for the day was forecast to be snow, it didn’t fail to deliver.

The shorter route proposed allowed us to do some downtown exploring prior to setting off. XPDTN3 is not just about making distance it is about using the bike to facilitate experiencing a place, so a ride around downtown Oslo seemed a good way to get a feel for our urban surroundings before heading again out of the city.

We chilled quickly as we rolled around downtown so like every good cyclist we found ourselves a good coffee shop as the meeting point to hook up again with Henrik and the launching point for a foray in a differing direction out of town. The pace held brisk to keep feeling in the body as we rolled the “Tour of Finance”, a cycleway used by execs to pace line their way in to and out of work, out of downtown Oslo through the financial districts. Today however there was little in the way of performance cyclists and just the hardened winter commuters wrapped up warm were sharing the cycleway with us.

Riding definitely mostly in an upward direction as we switch between cycleway and road. The snow is directly in to our faces and any descending isn’t welcomed as it promotes the cold, drives the snow harder in to our eyes and ultimately means we have more climbing to do later. Our end of day goal is a guesthouse located at the top of a long road (read snow covered) climb. At the end of another cold long descent we ride parallel with the huge lake Tyrifjorden. Norway’s 5th largest lake covering an area of 137km2 and 295m deep! The sight of this huge body of water in this winter landscape is hugely impressive.

The last town of the day before we climb to the guesthouse is a good place to grab a late lunch and stock up on food for dinner as we have opted to self-cater.  We buy supplies without any great regard for how they will be transported, Henrik starts the last long climb with a makeshift supermarket bag backpack and we all have jersey pockets and fronts stuffed. The climb is long but perfect gradient and snow covered. As the daylight tails off the snowy surrounds amplify any source of light to guide us upward to our final destination.

Guesthouse reached we can enjoy a hot shower after the predicted cold and wet day and then enjoy the instant noodles and chocolate we had hauled up from the valley below with us. All day it has barely stopped snowing, even at the days end it continues and the outlook for the next day’s ride is looking slow.

Where the previous day saw us mostly on cycle ways and roads the return leg to Oslo would be closer to the first days style of track, within the forest on snow covered gravel, how much snow covering that gravel would be the question.

The first kilometer from the guesthouse had been cleared but upon reaching the first turn it was immediately obvious the snow clearing efforts had not reached that far yet and we set off climbing in 20cm of fresh snow. Riding in these conditions is found to be super challenging, any body movement veers the bike off in to deeper snow and you get stopped in your tracks. We ride trying to seek out the more compact track beneath the fresh snow. Marcel and Henrik are dueling each descent taking opportunity to drift turns or ride headlong in to snow banks for effect

Aside from our obvious desire to return to Oslo we also wanted to check out one of the trekking huts operated by the Norwegian Trekking Association (Den Norske Turistforening). These huts are accessible by members of the DNT who hold a special key for the hut locks. An amazing resource they offer opportunity to travel light knowing good shelter is available to you if needed. As it turned out the hut wasn’t as in close proximity to the trail we were riding as we had hoped but it was certainly worth the hike in for the warming instant coffee made on the hut stove and watching Henrik clearing the snow from the roof of the hut.

During our time at the hut the road clearing teams had been hard at work so when we reach the road we had hiked from it was cleared of fresh snow and we were back to the faster hard packed layer.

As we neared Oslo the first days singletrack climb we left the city on had become the singletrack super fun descent we would come back to the city on. A perfect end. Oslo XPDTN3 had been done. Plans had changed, weather had challenged us, bikes had seen their first foray on to snow. Thank you to Henrik Alpers for hosting us, keeping the routes fresh and the humor flowing.