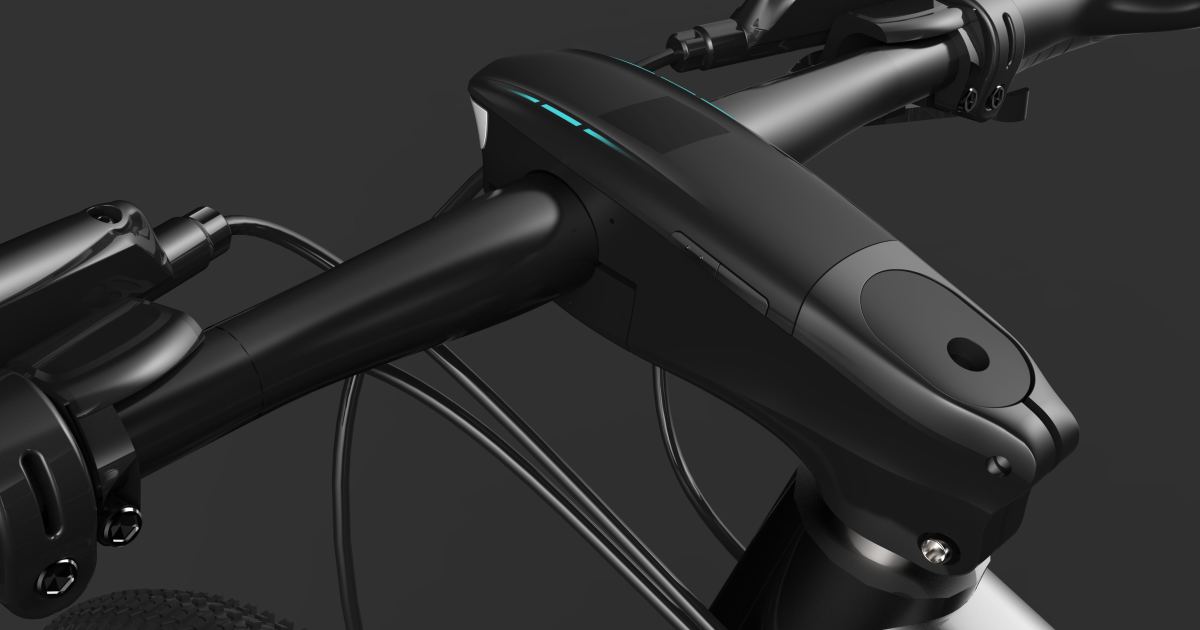 Touted as being the first fully integrated smart cycling computer, the SpeedForce, combines the safety of a headlight, GPS capabilities and data mapping inclusive of a touchscreen that’s incorporated into a lightweight, aluminum stem, whereby cyclists can toggle back and forth between screens and access a wide-range of ride metrics via ANT+ wireless protocols. Phew, that was a mouthful.  😉

According to SpeedForce, its newly designed stem is both shockproof and IPX6 water-resistant, and is powered by a rechargeable lithium-ion battery, which they say can last up to 40 hours between charges.

Additionally, the SpeedForce can also sync to its own, dedicated app with either an iOS or Android smartphone, using Bluetooth – for added functionality.

Also, in addition to speed and cadence, the SpeedForce can also provide ride metrics such as distance traveled, route taken, calories burned, power output, ambient temperature and altitude, as well as link to compatible third-party heart rate monitors. And, from there, data can be stored in SpeedForce’s onboard memory, for subsequent download to the app.

Lastly, the SpeedForce can provide cyclists with navigational cues independent of a smartphone, such as turn arrows which appear on its screen, along with LED strips that illuminate on either side of the device. It can also alert cyclist to incoming calls or other messages on their smartphone.

According to SpeedForce, their plans call for the introduction of both road and mountain bike version, which weigh approximately 350 and 340 grams respectively.

To learn more about the SpeedForce, you can visit their Indiegogo crowdfunding campaign at: https://www.indiegogo.com/projects/speedforce-the-world-s-smartest-cycling-computer#/