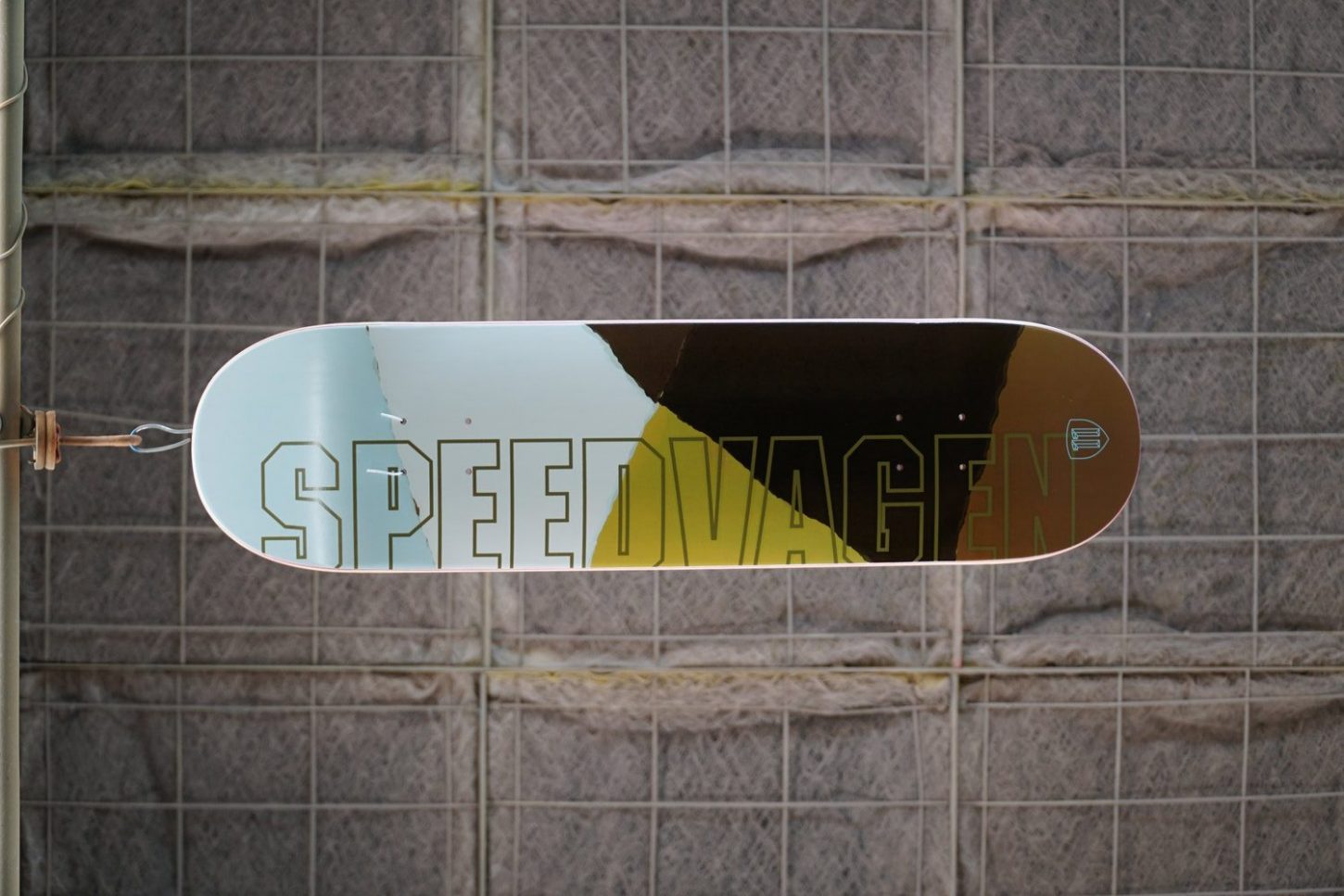 Cyclists, particularly those of the hipster persuasion, are always looking for something that’s, well hip. And, there isn’t a custom bike company more synonymous with being hip than Speedvagen.

But, apparently not everything has to involve two wheels in order to stir interest, as evidenced by the Portland, Oregon-based workshop’s recent dabbling in skateboard decks.

Perhaps, there’s an affinity between cyclists and skateboarders that’s otherwise unknown, but Speedvagen’s new range of custom Surprise Me Decks will surely prove to be the litmus test.

While the decks aren’t directly made or painted by Speedvagen, they do posses the company’s imitable use of color and style.

The decks are available in four sizes and sell for $49.95.

Speedvagen has no affiliation with the 1970’s rock-band REO Speedwagon, or any skateboards they may have ridden. 😉