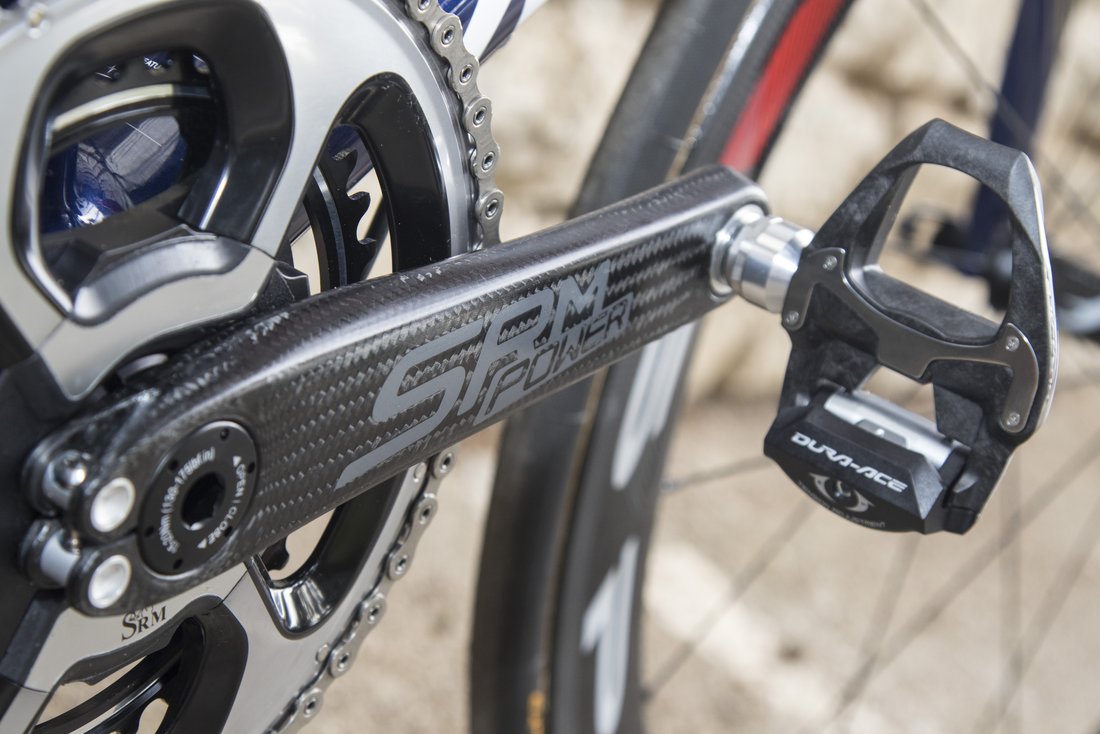 Boasting a claimed weight of just 99g for the crankarms, SRM unveiled its latest super lightweight carbon power meter during a launch ceremony for the newly formed Bahrain-Merida cycling team this week.

According to SRM, the new spindle mounted crankset was developed in partnership with the German carbon specialists THM.

In addition lightweight, SRM claims the easily removable spindle design makes the new crankset “the most compatible design” to date, by virtue of the fact that the crankarms can be quickly swapped out.

To compliment its new uber power meter, SRM has also created a special gold anodized version of its PC8 head unit in honor of the Bahrain royal family.

SRM says the new power meter will be available with either alloy and carbon crankarms, with pricing and availability still to be announced.