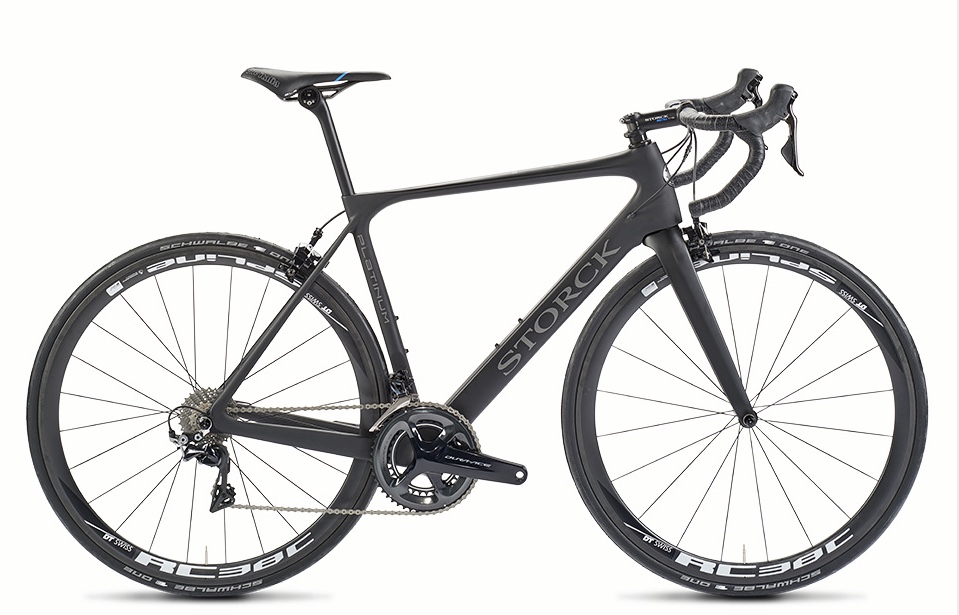 Storck unveiled the latest iteration of its Fascenario road bike at Eurobike this week called the .3, which the German brand is calling “the best road bike” by virtue of its “aerodynamic efficiency, comfort, stiffness, and ergonomic performance.”

The Fascenario.3 features Storck’s ‘Advanced Sectional Aerodynamic Shaping’, which makes use of specially designed tube profiles throughout, such as a sculpted downtube, along with a head tube that’s been pinched in the center to future reduce frontal drag.

In addition, the Fascenario.3’s fork has received special treatment also, with splayed legs that bow outwards between the crown and the dropouts, which Storck claims not only adds to the fork’s stiffness, but further reduces vortices cause by both the front wheel and on coming turbulence as well.

Storck also claims to have increased comfort, with the introduction of its new D-shaped F.3 seatpost, which weighs and astonishingly light 130g.

According to Storck, Fascenario.3 weighs in at a scant 770g for the frame, and a mere 330g for the fork.

There’s currently no word on pricing for the U.S. market, but like all Storck frames, expect to pay a premium.

In terms of aerodynamics, comfort, ride characteristics and technology, Storck models such as the Fascenario and the Aernario set standards. The Fascenario.3 builds on the greatest achievements of the Storck developments and impresses with features that elevate the road bike to an all-new level. “Advanced Sectional Aerodynamic Shaping” and a fork rigorously designed for aerodynamics signify a further development of the engineering design approach focused on aerodynamics. The reduction of the seat post cross-sections and use of “Flat Section Technology” result in notably enhanced comfort, while the utilization of “Nanocarbon Technology” produces a frame with exceptional physical properties.