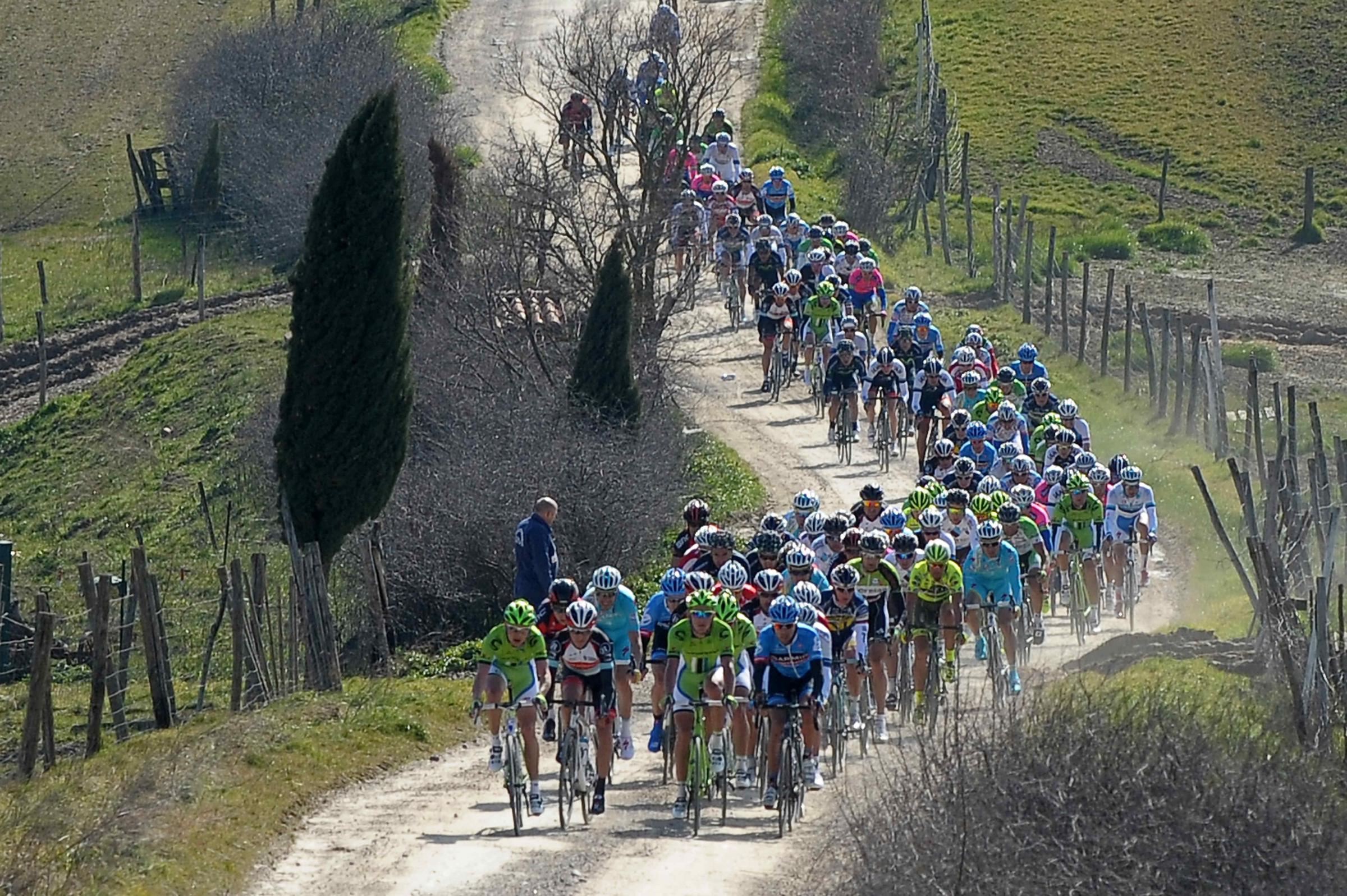 Meanwhile back in the field, Orica-GreenEdge took up the duties of leading the chase.

As the peloton began closing in, Oss decided to jettison his breakaway companions, and make a go of it alone.

In response, Vanmarcke tried to initiate a count-attack, but Stybar quickly brought and end to his chances of getting away too. And, shortly thereafter, Oss was reeled in as well.

As the race headed into the final 20 kilometers, Cancellara and Oss lost contact with their fellow escapees, as the race tackled the penultimate section of gravel.

With the lead group now down to four riders, they were holding almost a 30 second lead over Cancellara and Oss.

At that point, Rosa succeeded in regaining contact with Cancellara and Oss.

With the rear trio closing in, Van Avermaet decided to attack just before the final section of gravel. From there, Stybar took control of the chase.

With 12km to go, Vanmarcke lost contact with Van Avermaet, Stybar and Valverde.

With 6 kilometers remaining,Valverde, Stybar and Van Avermaet, were still holding onto their advantage, while Vanmarcke continued to ride in the middle of both groups.

Following the final descent, the leaders were holding a 16 second gap over Vanmarcke, while Cancellara et al continued to trail at more than 40 seconds back.

With 2 kilometers remaining, Vanmarcke began to fade. However, as the trio reached the start of the final climb, the Belgian rider managed to regain contact with his rivals.

From there, Van Avermaet was the first rider to make his move, followed by Valverde, while Stybar closely marked their moves.

However, Valverde was unable to keep pace with his rivals, as Stybar proceeded to ride clear of both the Spaniard and Van Avermaet during the waning moments of today’s race.