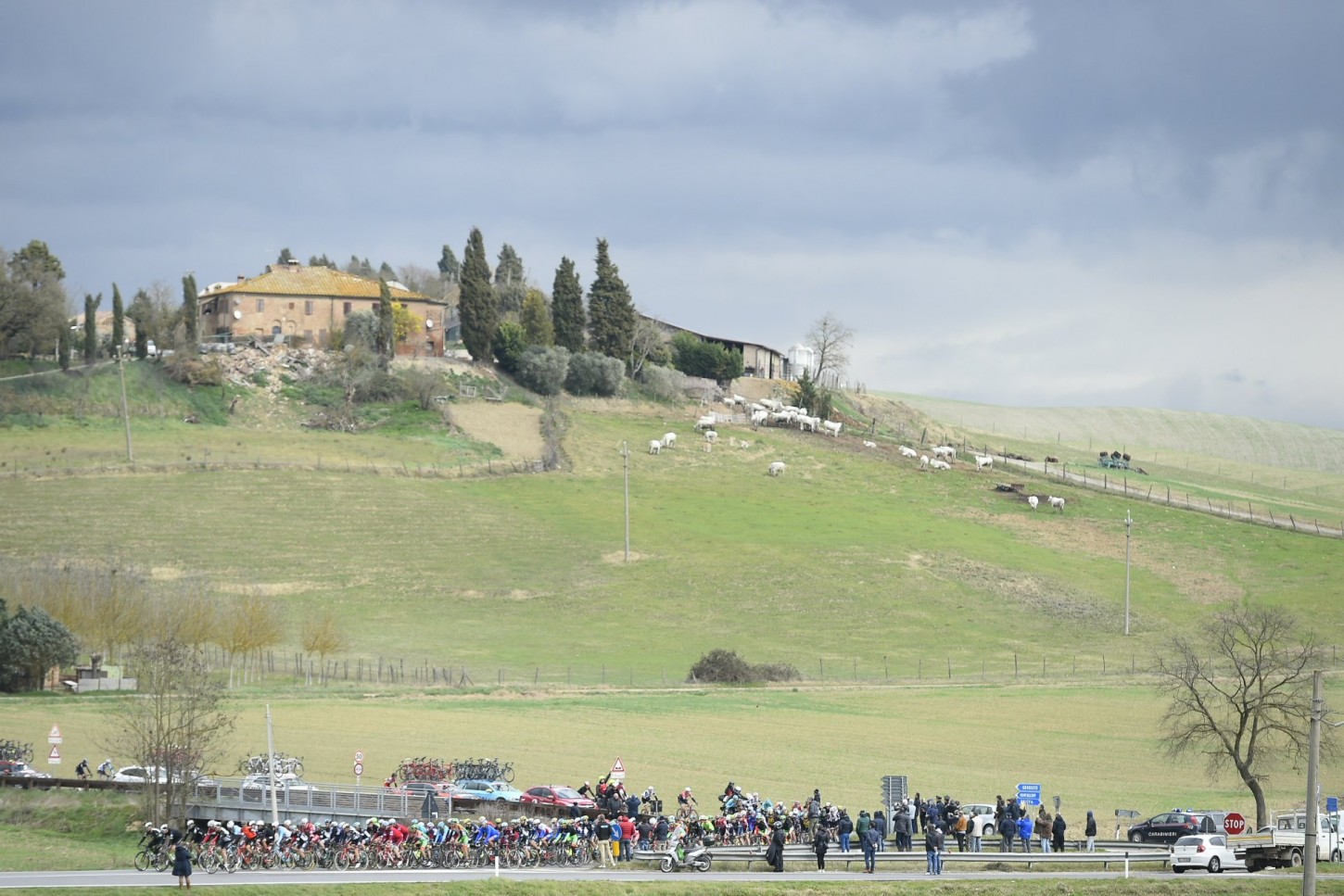 Michal Kwiatkowski (Team Sky) stormed to a solo victory in the men’s edition of the Strade Bianche today.

Kwiatkowski succeeded in riding clear from a small breakaway group of four riders during the last 12 kilometers, to claim his first win of the season by almost 20 seconds ahead of Greg Van Avermaet (BMC Racing), Tim Wellens (Lotto-Soudal) and Zdenek Stybar (Quick-Step Floors).

Kwiatkowski commenced his winning move along the final sector of gravel, that proved unassailable for his rivals to close down.

From there, the Polish rider crested the final climb into Siena’s rain-soaked center, briefly giving pause around the last wet corners before rolling  towards the finish to take his first victory since E3 Harelbeke last year.

Meanwhile, Van Avermaet was able to continue his strong showing this season, taking second place ahead of Wellens while Stybar finished further back in fourth.

Andreetta was the first rider to drop out of the group, while his former breakaway companions forged on.

However, several surges from within the peloton continued to reduce their lead, as their advantage soon fell to less than half a minute with 40 kilometers still remaining.

Other pre-race favorites like Peter Sagan (Bora-Hansgrohe) and Sep Vanmarcke (Cannondale-Drapac), had both already abandoned by this point due to either illness or mechanical problems.

Kwiatkowski showed strength throughout the day particularly working to bring the break back, as the catch was eventually made with 35 kilometers to go.

Despite Dumoulin also looking strong all day, he and most of the others who managed to bridge their way to the lead group earlier, could do nothing to try and stay on terms with Kwiatkowski, Van Avermaet, Stybar and Wellens, who proceeded to ride clear with 25 kilometers remaining.

Back in the main field, Orica-Scott’s Chris Juul-Jensen and Luke Durbridge tried in earnest to close the gap on the leaders, but their efforts proved futile, with Kwiatkowski later executing his winning move during the last 12 kilometers.