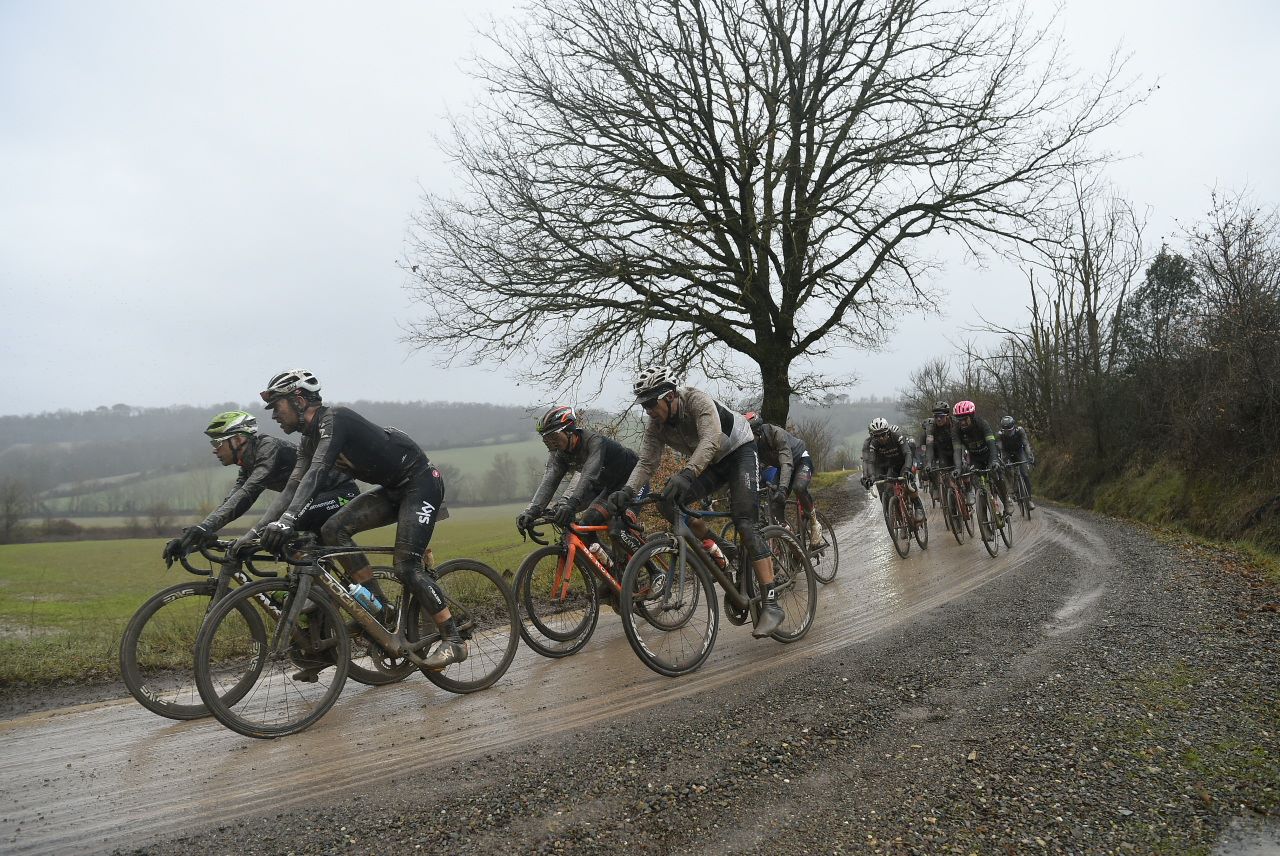 Tiesj Benoot triumphed in today’s early-season Strade Bianche, after the young Belgian rider rode Romain Bardet and Wout Van Aert off of his wheel to claim a dominant, solo victory inside the walled city of Siena.

The young Lotto-Soudal rider timed his move to perfection when he attacked off of the front of a small chase group before catching Bardet and Van Aert with less than 20 kilometers to go in today’s exceptionally muddy 184 kilometer race through Tuscany.

Benoot commenced his winning move after attacking from out of the chase group during the long stretch between the eighth and ninth sectors of the race, subsequently bridging his way to the lead duo during the final 18 kilometers.

Meanwhile, Rob Power (Mitchelton-Scott), Giovanni Visconti (Bahrain-Merida) and Pieter Serry (Quick-Step) took up the task of trying to chase down the three leaders, only to be joined by Alejandro Valverde (Movistar) and Zdenek Stybar (Quick-Step), while Peter Sagan eventually made his way across to the chase group as well, which was now lingering at 1:20 behind the trio.

Up ahead, Benoot decided to attack with just over 12 kilometers to go, quickly dropping his breakaway companions and opening up a gap of almost half a minute before extending it to 40 seconds during the final kilometer.

With Benoot outside of their grasp. Bardet made a move to drop Van Aert along the final climb to claim second place on the podium, while a frustrated Valverde was able to distance the other members of the chase group to finish in fourth place.

Today’s victory was not only a glorious achievement for Benoot, but it also marked his first win as a professional rider.