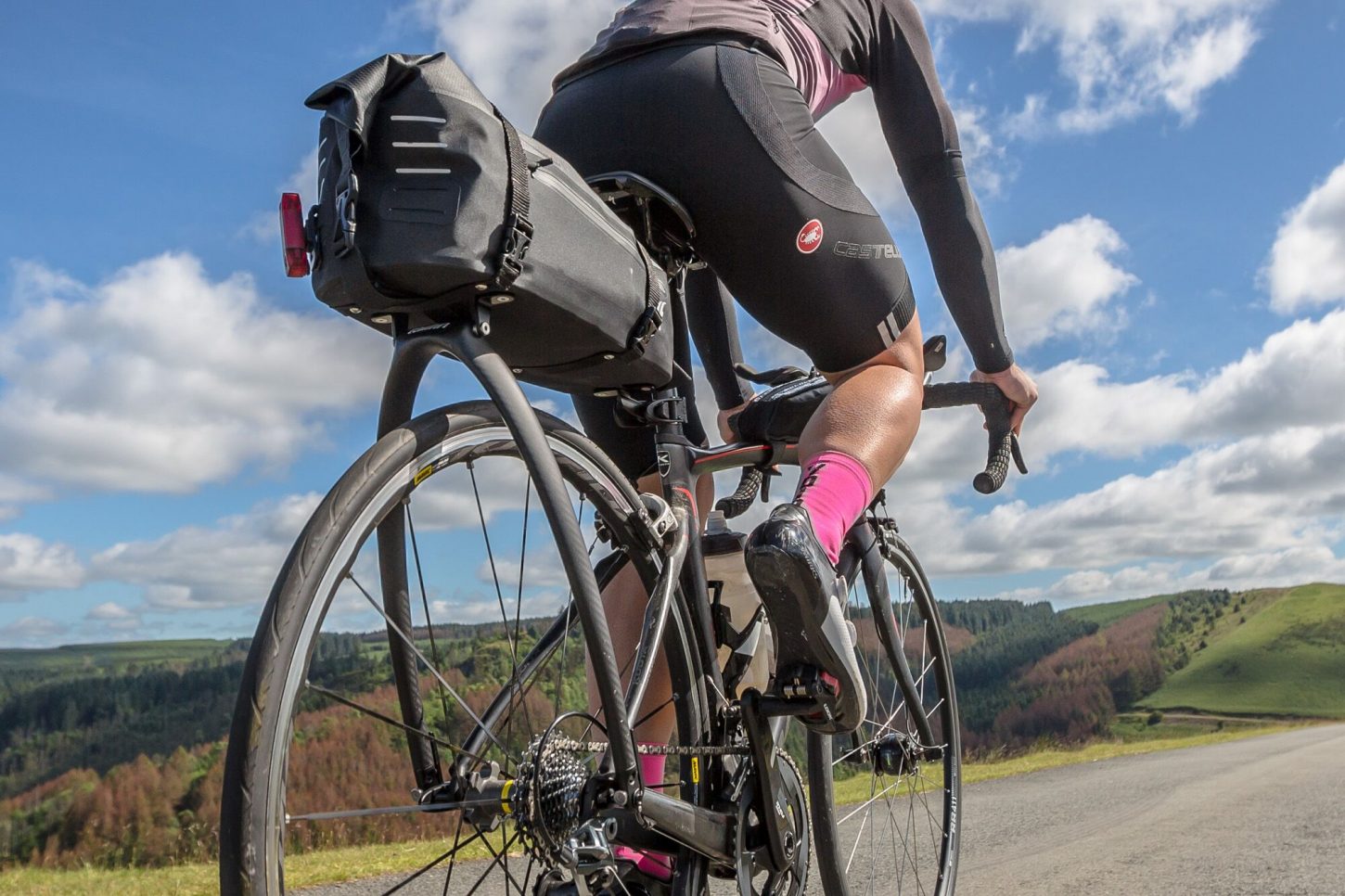 Tailfin has introduced a new series of roll-top, waterproof cycling bags and rack system called the AeroPack, touting super light, ultra stability and compatibility with virtually any type of bike including road, gravel or mountain bike.

The series comprises the AeroPack Carbon, AeroPack Alloy and the AeroPack Trunk, all of which share the same 20 liter, waterproof, roll top design, but differentiate themselves based on how they secure to the bike.

The AeroPack Carbon and AeroPack Alloy feature an integrated, all-in-one, bag and rack design, while the AeroTrunk mounts in conjunction with Tailfin’s original T1 rack.

“Every AeroPack model are held rock solid to your bike via a rigid structure, well engineered joints and connectors – not flimsy fabric straps.  By eradicating the ‘tail-wag’ that plagues seatpack systems your gear is held solidly in place, especially when climbing out of the saddle or descending at high speed”, says Tailfin.

Using Tailfin’s axle mounting system the AeroPack models easily interface with any style of bike, regardless of whether it has rim or disc brakes, or quick-release or thru-axles. It’s even compatible with boost and super boost spacing.

According to Tailfin, all models are designed to sit directly behind the rider, almost completely sheltered from the wind. This allows the AeroPack to deliver aerodynamic performance that gives nothing away to traditional seatpacks, and gives cyclists a significant advantage over traditional side-mounted panniers.

Additionally, the AeroPack utilizes Tailfin’s Twin Stacking Straps, which allows cyclists to stack extra gear on top of the pack while still being shelter by the “wind shadow” of the rider. Moreover, Tailfin claims by moving a bar-bag set-up from the front of the bike to the top of the AeroPack saved around 10-20 Watts of power based on wind tunnel testing.

Also, the AeroPack has been designed to be quick-release and can be attached to one’s bike in a matter of seconds without tools, saving precious time at the start or end of a ride.

The AeroPack features high-frequency welded seams (not sewn), making it utterly waterproof, along with a wide rolltop opening that runs length-ways across the top of the pack for easy access. It can even fit a 13 inch laptop computer.

Lastly, the AeroPack provides twin light mounts for safety, along with dual side pockets for easy storage and access to small items.

Tailfin has undertaken a crowd-funding campaign on Kickstarter with special incentives for early-backers, which you can learn more about here.