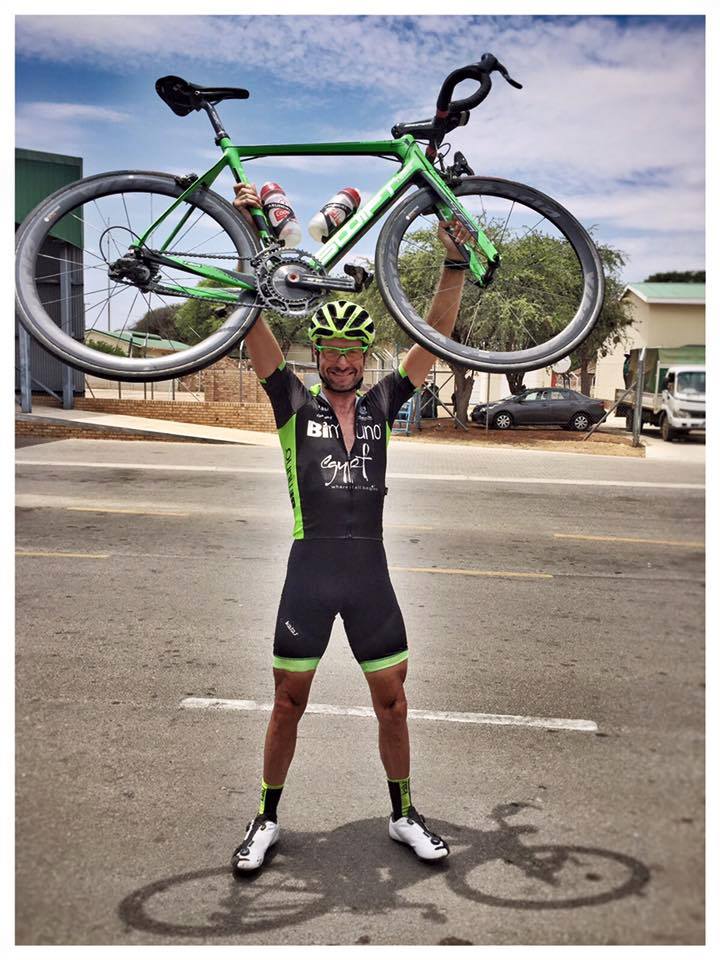 A month or so ago, we reported on Team CAROCAP’s departure from Cairo, Egypt, with the goal of riding across the continent of Africa, to  raising money for the World Bicycle Relief Fund.

Well, we’re pleased to report, that the trio of Mark Blewett, Nicholas Bourne and David Martin successfully arrived in the South African city of Cape Town last week, after covering an astonishing 10,300 kilometers over the course of 38 days.

The original goal was to complete the journey in 34 days, however, necessary changes in the route, foul weather, illness and the loss of two team members, consequently prolonged their conquest.

“We were pretty confident we would do it but the road conditions slowed us down,” said Bourne, who covered the route back in 1998.

“There was unexpected road works that took us on massive deviations onto dirt roads and sand tracks that slowed us down; road conditions that you would ride with a full suspension mountain bike.

“We had a pretty bad headwind in South Africa and Botswana for 350km. That saps our confidence and slowed us right down. It felt like we were going nowhere, riding at 25km/h.

“There were days when we all thought ‘how will we ever get to the finish?’ Our bodies and minds were telling us to get off the bike but we had to keep muttering ‘do more pedal revolutions’.”

Moreover, while “Dorothy” may have encountered “lions, tigers and bears” during her adventure, Team CAROCAP experienced of all those animals and more.

“There was a lot of animals by the road,” said Bourne.

“In Botswana we came close to a lion and elephants that were eight meters away.

“The lion was ten meters away. It doesn’t scare you, but rather gives you an adrenaline boost. We were going at a pace so we didn’t feel under threat from the lion. But it was a ‘wow, this is real’ moment.”

Fortunately for Team CAROCAMP, they had the benefit of a support vehicle, along with a crew to assist with them with logistics, as some days on the bike were as long as 438 kilometers.

“We could be grumpy bastards so the support crew did immense to deal with us. Without them, it would have been impossible,” praised Bourne.

“We were going through deserts with the temperature at 45 degrees, drinking more than a litre of water an hour. It was so hot. The only way to cool down is to put water on your head, and without a support crew you don’t have litres upon litres of water.

“One day my body temperature reached 41 degrees so to counter the heat we rode at night on occasions.”

Adequate sleep was also a problem.

“With the time schedule we had, there was no day off,” the continued.

“We were having four to five hours sleep a night for over a month. By the time we had food, got ready and things it was 11pm when we got to bed and then we were up at 4am.

“The support team lived off 40 minutes to an hour’s sleep some nights.”