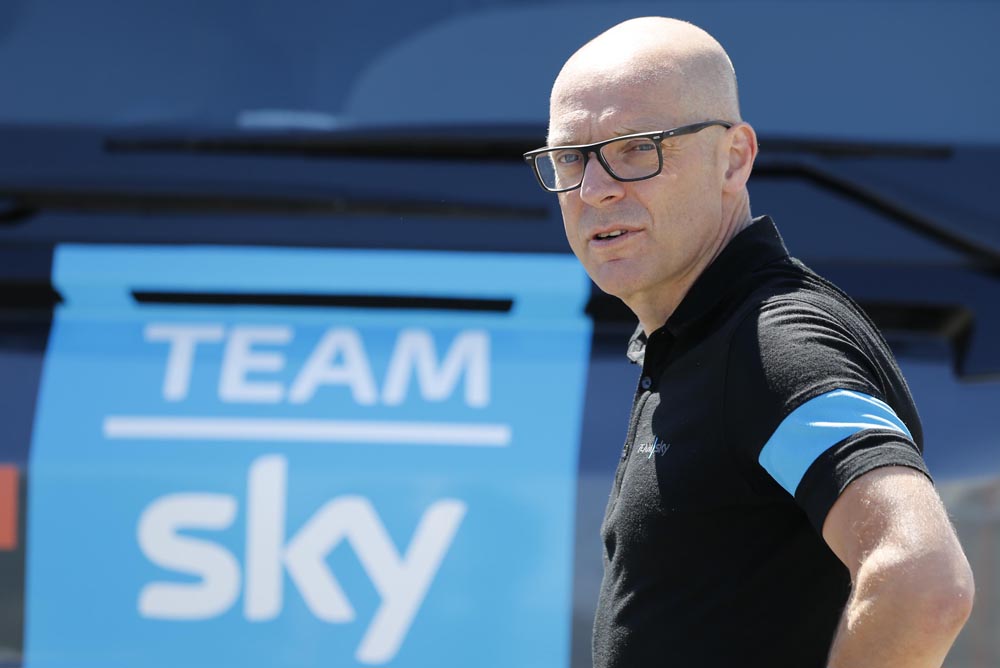 Team Sky director Dave Brailsford has been ordered before British Parliament MPs to answer questions regarding doping while at the helm of the British squad.

The Team Sky principal has been summoned to a parliamentary inquiry into doping in sport and is likely to be grilled on Bradley Wiggins’ controversial use of corticosteroids before his 2012 Tour De France win.

Wiggins also secured a therapeutic use exemption, effectively a doctors’ note, to allow him to take triamcinolone before two of his other biggest victories.

Brailsford, who has denied any wrongdoing at Team Sky, will also face questions about Sportsmail revelations about the delivery of a mystery medical package to France in early June 2011.

The media revealed the delivery, which was contained in a plastic bag, was made by a British Cycling official to Team Sky at the end of a race in France in June 2011 that Wiggins had just won.

So far nobody involved at either Team Sky or the governing body has confirmed what was in the package.

Damian Collins, the chairman of the culture, media and sport select committee, told the media,  ‘Sir Dave Brailsford has been one of the most senior figures in British cycling over the last ten years and we thought it important to speak to him as part of our inquiry into how the sport has handled anti-doping issues and the ethics around TUEs.

‘We are now talking to Team Sky about a date when he can come and speak to us.’

The hearing is part of the committee’s ongoing inquiry into doping in sport which has also targeted athletics.

In addition, British Cycling’s Bob Howden, and the head of its ethics commission, George Gilbert, will appear alongside World Anti-Doping Agency (WADA) president, Craig Reedie at a Select Committee hearing on December 19.