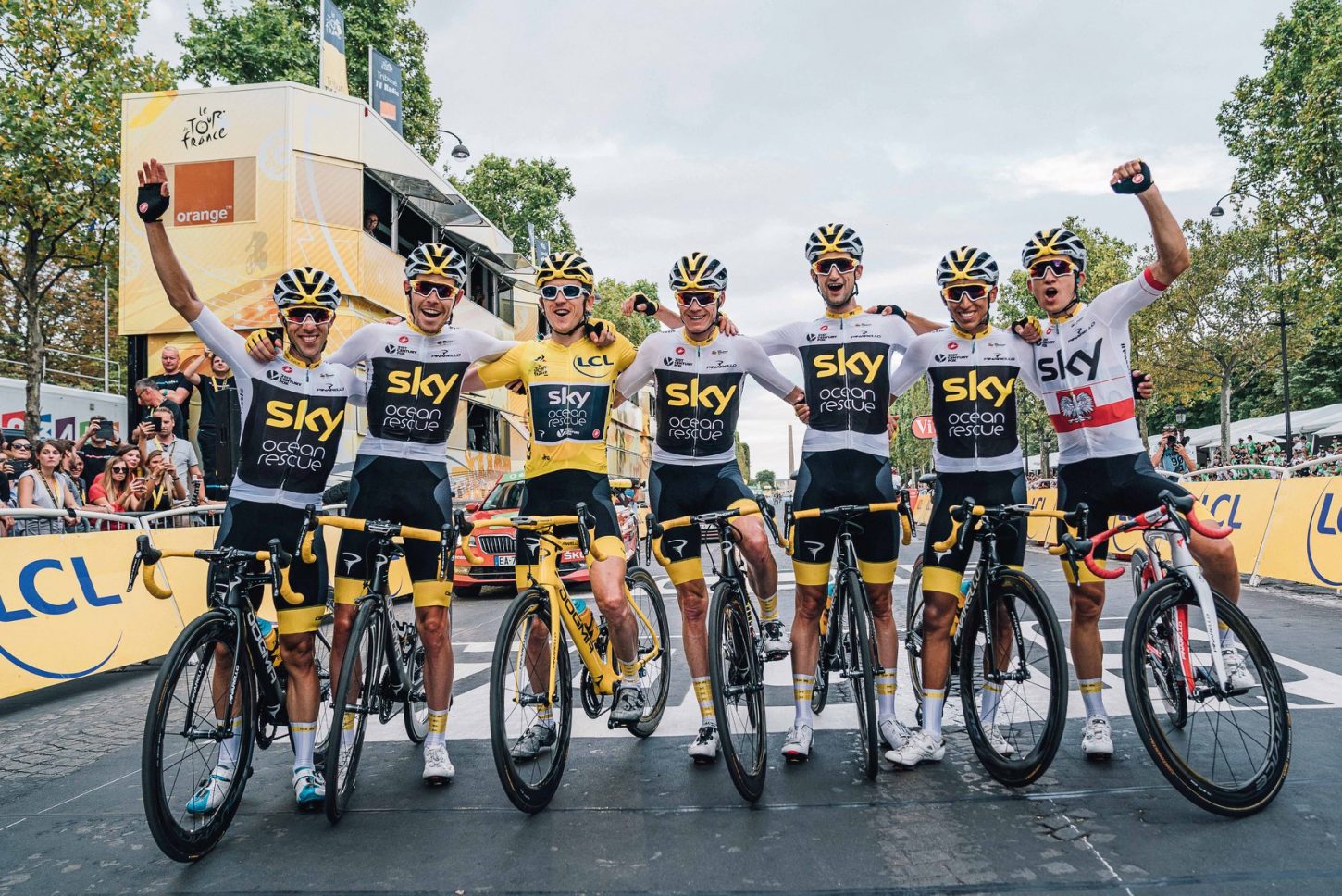 Team Sky has officially morphed into Team Ineos to reflect their new sponsor, a chemicals firm owned by Britain’s richest man Jim Ratcliffe who’s been in talks with the team’s principal David Brailsford for several weeks.

According to reports, the new team’s launch will take place at the Tour de Yorkshire on May 2.

“We will continue to fund the current team in full, honoring all existing commitments to riders, staff and partners”, says Ineos.

Ratcliffe, chairman and chief executive of Ineos, said, “cycling is a great endurance and tactical sport that is gaining ever more popularity around the world.”

“Equally, cycling continues to mushroom for the general public as it is seen to be good for fitness and health, together with easing congestion and pollution in city environments.”

“Ineos is delighted to take on the responsibility of running such a professional team.”

Team Sky was launched in January 2010 and has amassed 327 victories since, including the eight Grand Tours.

Brailsford, who will continue in his role as team principal, said, “today’s announcement is great news for the team, for cycling fans, and for the sport more widely.”

“It ends the uncertainty around the team and the speed with which it has happened represents a huge vote of confidence in our future.”

“In Jim Ratcliffe and Ineos, I know we have found the right partner whose vision, passion and pioneering spirit can lead us to even greater success on and off the bike. It heralds the start of a hugely exciting new chapter for us all as Team Ineos.”

Chris Froome welcomed the new sponsor in a post on Twitter, writing, “I’m so excited that we as riders and staff will be able to continue on together for 2020 and beyond. Looking forward to continued success as Team INEOS! Massive thanks to everyone involved in keeping this special group of people together.”