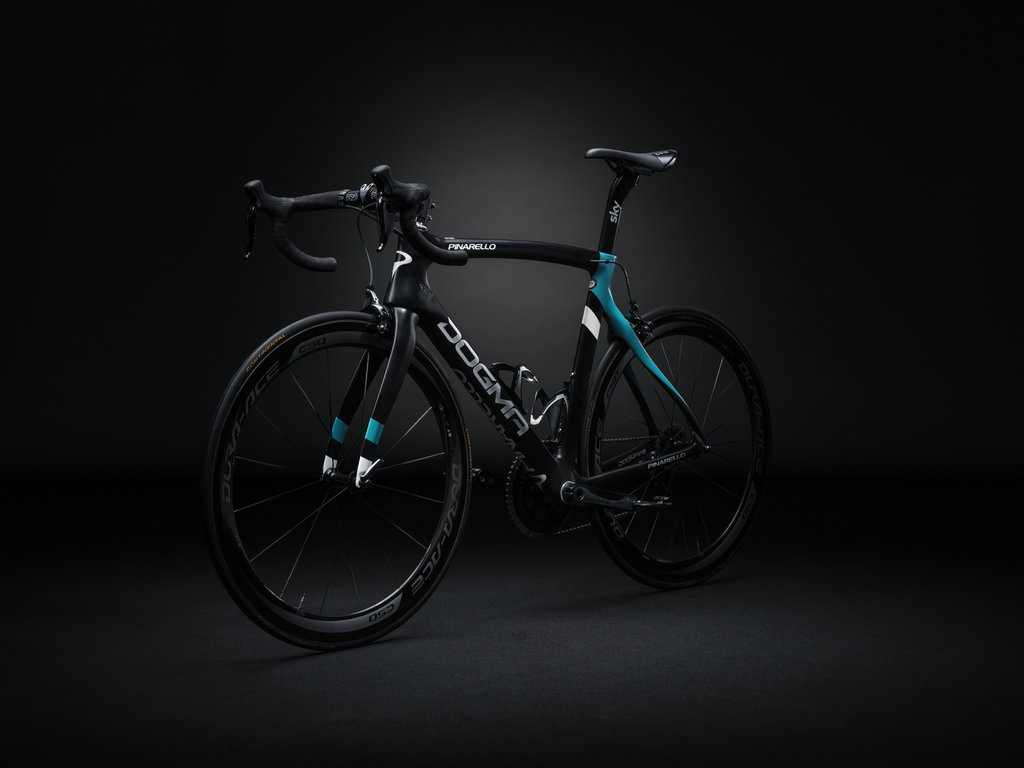 03 Dec 2015
By Gianni Pericolo - In LATEST ARTICLES, THE DOUBLE DIAMOND

Boasting a striking new paint scheme for the 2016, Sky describes it as being, “the most striking incarnation of our all-conquering DOGMA F8 bike.”

Incorporating new design cues with a splash of color across the fork, seat tube and seat stays, Sky says, “the bike is sure to turn heads both in the peloton and out on the open road.”

Team Sky and Pinarello have been together since the British team joined the pro peloton in 2010.

According to Sky, “our relationship with Pinarello has gone from strength to strength since we joined forces at the team’s inception in 2010. Over 200 victories have been achieved in that time, each aboard the prestigious Italian brand.”

Much more than a partnership, Pinarello President Fausto Pinarello explained: “Three Tour de France victories in six years and a huge number of wins and podiums – these results alone would be enough to be proud of this team. But the union between Pinarello and Team Sky is much more. “We are two innovation-oriented companies and we aim to achieve many more victories together.”

Carsten Jeppesen, our Head of Technical Operations and Commercial, added: “The Pinarello DOGMA F8 is an outstanding bike that performed very well for us in 2015. We’re very proud to enter our seventh season with Pinarello next year and the new 2016 bike looks fantastic.”

Other than cosmetic touches, next year’s team issued F8 poses no changes over the current model, while the overall design continues along the path of  striking a balance between the UCI’s weight requirements and aerodynamics.