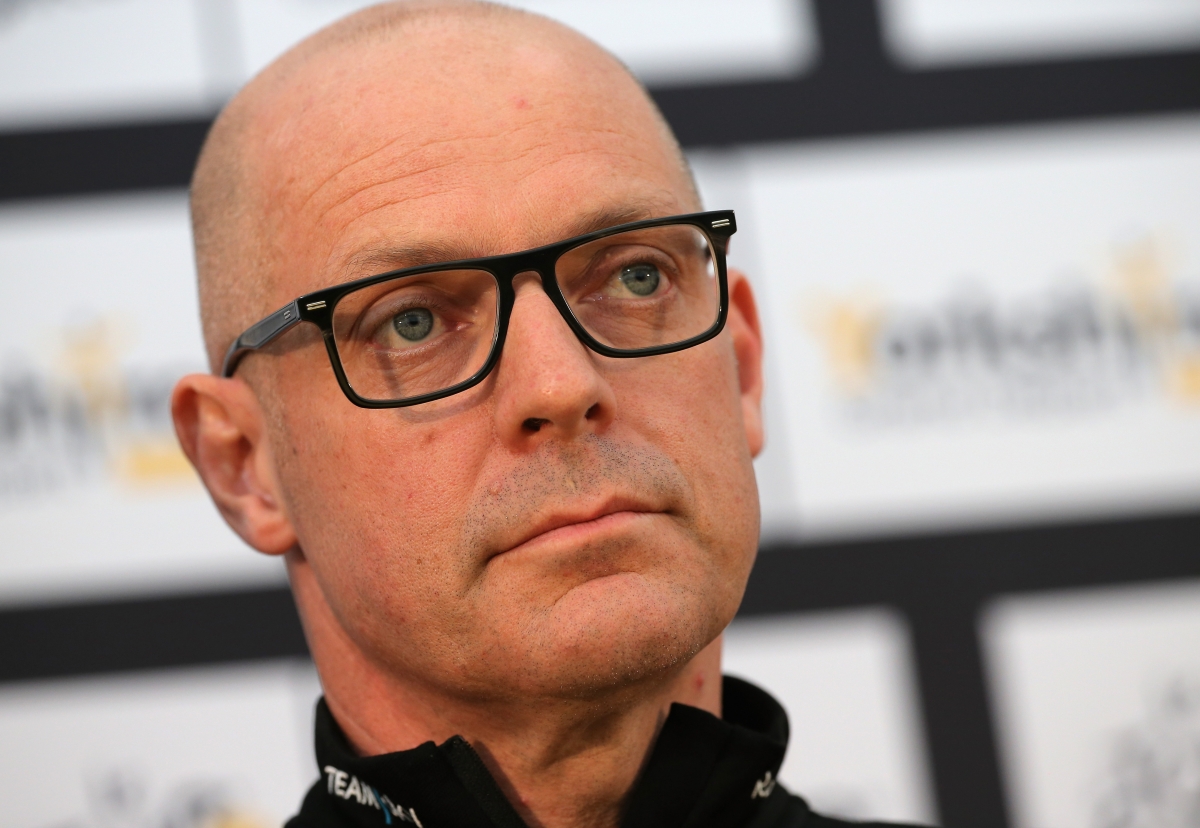 Wiggins has been accused of hypocrisy over the timing of his medical interventions since his anti-doping records were among those leaked this month by cyber hackers on the Fancybear.net website.

The data revealed Wiggins was given permission to take the powerful corticosteroid triamcinolone before his breakthrough triumph at the 2012 Tour de France, as well as the 2011 and the 2013 Giro d’Italia.

Brailsford told the media that Team Sky “does not cross the line” when it comes to performance-enhancing drugs.

Wiggins previously said, that he had never used a Therapeutic Use Exemption (TUEs), which allows a cyclist to take banned substances for verified medical needs and are signed off by sports federations, for performance gain.

“I have known Bradley a long time and he is an asthma sufferer and he has struggled with allergies for as long as I have known him,” said Brailsford.

“I trust and believe in the integrity of that process.”

Brailsford added that he had been aware at the time about what Wiggins was taking and had complete trust in the team doctors.

He said he did not believe the reputations of rider or team had been tainted.

During an interview with the BBC, Wiggins defended himself by saying, “I used a TUE to cure a medical condition. This wasn’t about trying to find a way to gain an unfair advantage”.

“This was about putting myself back on a level playing-field in order to compete at the highest level,” he added.

Whether Team Sky, who entered the sport promising full transparency and strong ethics, can recover from this crisis remains to be seen. Even Brailsford’s biggest supporters will struggle with the idea that he did not know of the connotations attached to triamcinolone.

Millar and other former dopers such as Michael Rasmussen and Jorg Jaksche have testified in recent days to the drug’s performance-­enhancing benefits (although Brailsford questioned whether it really did bestow such benefits). One of Team Sky’s doctors at the time, the now banned Geert Leinders, even worked with Rasmussen at Rabobank.

Brailsford insisted that Leinders had “no involvement whatsoever” in Wiggins’ TUE applications, although he was vague on who exactly was in the loop beyond himself and team doctor Richard Freeman. He added that he “could only trust in the integrity” of the diagnosis made by Simon Hargreaves, the independent ear, nose and throat specialist, who recommended the intramuscular dose of triamcinolone, and in the fact that the UCI doctor Mario Zorzoli signed off on it.

Brailsford insisted he did not know then of triamcinolone’s questionable reputation.

“At that point in time, no, I wouldn’t say I did,” he said. “For me, the abuse in our sport was more around the more renowned [banned blood booster] EPO, blood transfusions… ” Asked about Armstrong’s case in 1999, he admitted: “Well I think everyone was aware of [that]. But that was more about whether he should have had a retrospective TUE rather than the product itself.”

There is no suggestion of wrongdoing by Wiggins or anyone involved in his applications for TUEs. But Brailsford’s admission that Wiggins may have been treated with triamcinolone as much to prevent him becoming ill at the Tour as to treat any active symptoms was also interesting as it suggested that the team were prepared to use the drug as a preventative measure and that Wiggins might not actually have been that ill.

“We support them [the riders] as much as we can with all sorts of interventions, around health in particular,” said Brailsford who said he would rather stick with the UCI and the World Anti-Doping Agency’s regulations on TUEs than align with the Movement for Credible Cycling group of teams who say they voluntarily withdraw their riders from competition if they have had a TUE for a corticosteroid.

“If the medical community, and the TUE community, feel that it’s appropriate for something to be granted for use in a particular circumstance, then I wouldn’t argue for that to be denied to an athlete,” he explained. “If you have asthma, you don’t wait to take the puffer. You take the puffer to prevent the asthma. If we think there is anything we can do to help the health of our riders, within the rules, and it’s legitimate… ”

Brailsford completely rejected the notion that Wiggins’s 2012 Tour win should now come with an asterisk denoting that he received a corticosteroid injection four days before it began, which was the suggestion of well-known cycling journalist, David Walsh, who spent months with the team in 2013 writing his book Inside Team Sky.