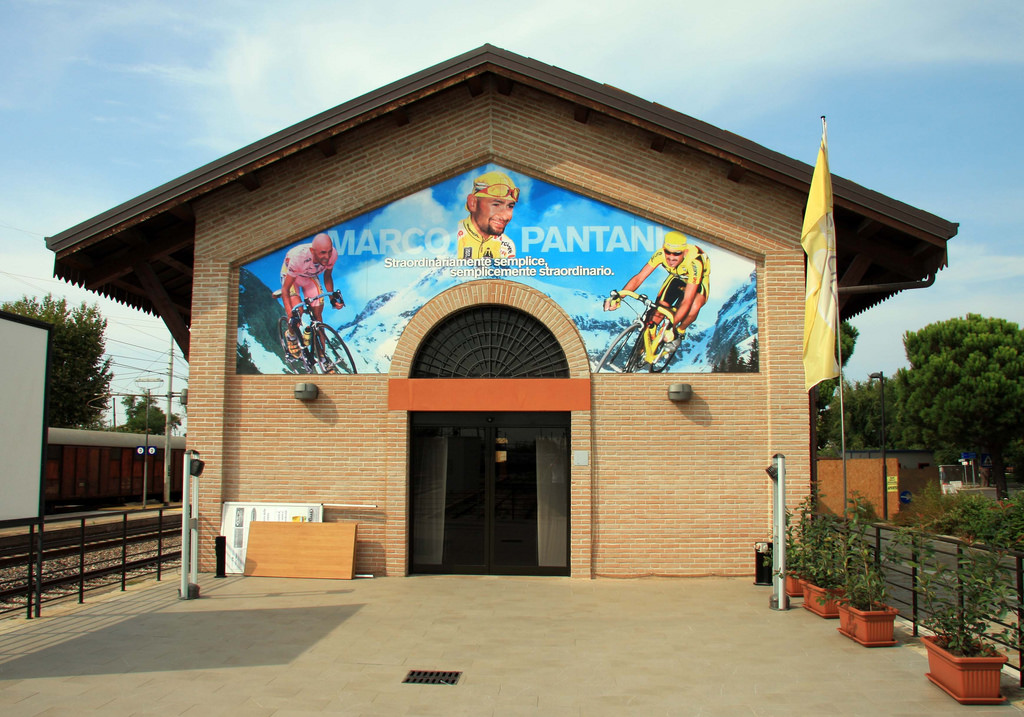 Team WIGGINS riders Mark Christian and Liam Holohan have visited the museum dedicated to one of their cycling heroes – the late Marco Pantani.

Christian and Holohan visited the museum in the costal town of Cesenatico where Pantani grew-up, when they were competing in the Settimana Internazionale Coppi e Bartali back in March.

The museum is divided into three areas, each of around 100 square meters res and each named after a climb associated with the 1998 Tour de France and Giro d’Italia winner – Sala Mortirolo, the Sala Alpe d’hues and Sala Bocchetta, the latter being the museum’s outdoor space.

On display are jerseys, bikes and trophies from the career of the rider who died in 2004 at the age of 34, as well as multimedia exhibits showing him in his prime.