The AllWeatherBike Protects Urban Cyclists from the Elements 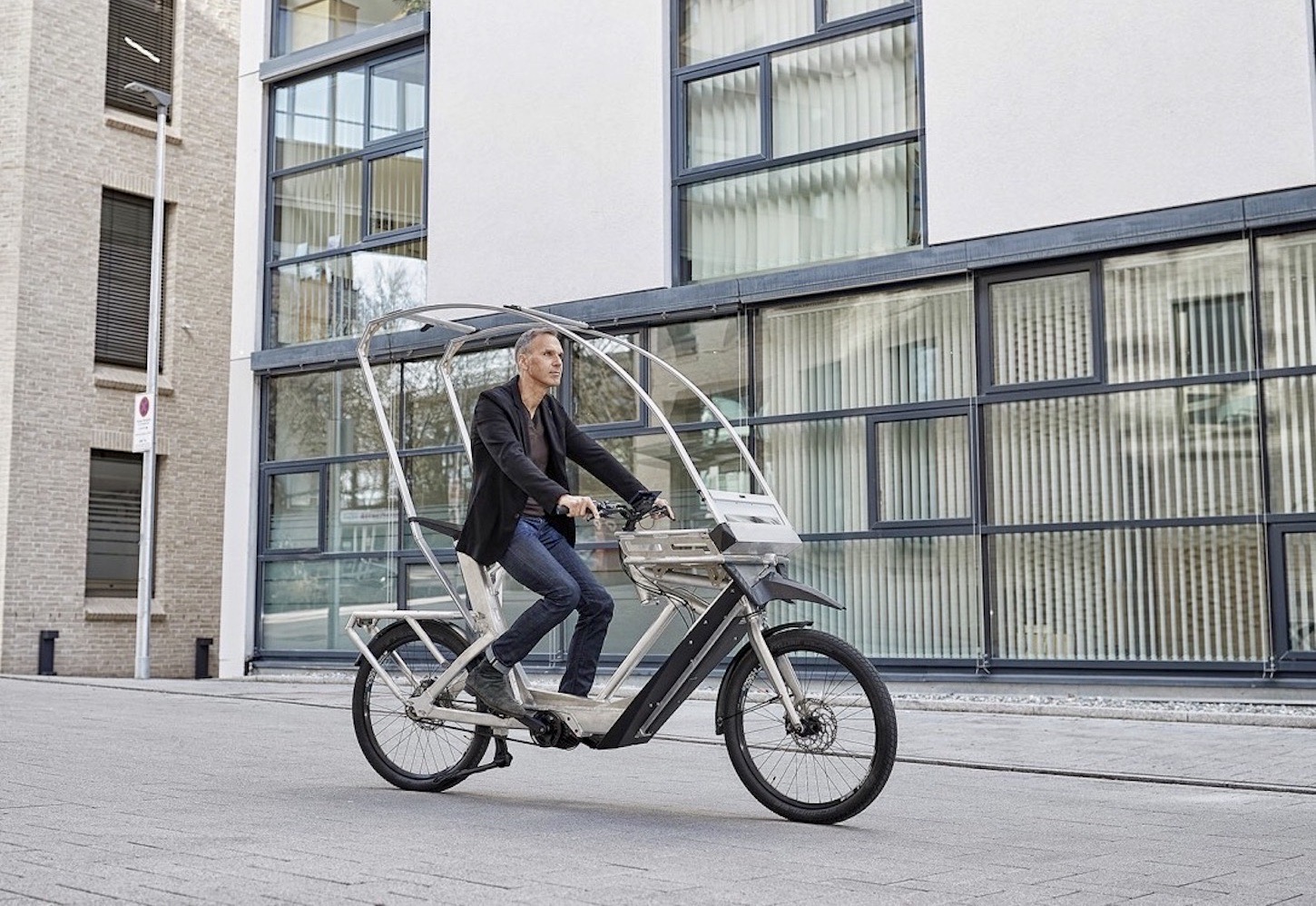 Just as its name implies, the AllWeatherBike is an eBike that’s designed to protect the urban cyclist from the elements thanks to an integrated “roof” that can be deployed in a matter of seconds.

Designed by German cyclist and entrepreneur Tom Eisner, the AllWeatherBike currently exists in the form of fully functional prototype, which features an aluminum frame that incorporates two curved beams that arch up over the cyclist on both sides, where should the weather change for the worse, the rider need only pull up on an enclosed roll of film that’s located in front of the handlebars to deploy an overhead canopy, with the outside edge of the film sliding within slots of the two beams to create the “roof”.

Once it’s been pulled all the way across the arches, the top end is then latched onto a rear crossbar that runs between the two beams. And, when the foul weather passes, the film is simply unlatched and allowed to retract back onto its roll.

According to Eisner, the plastic is quite tough, and stands up well to strong winds. Moreover, the cyclist’s legs are protected by a solid shield  that’s attached to the bike’s downtube.

The current prototype features a Bosch bottom bracket motor, and the capacity to hold two 750-Wh Bosch frame-integrated lithium batteries, with a claimed range of assisted range of up to 62 miles (100 km).

Other features of the AllWeatherBike include disc brakes, a belt drive drivetrain, front and rear cargo racks, fenders, a kickstand and an adjustable-height saddle.

The AllWeatherBike was debuted during this month’s Eurobike Show in Germany, where Eisner is hoping to find a company that’s interested in partnering on production.