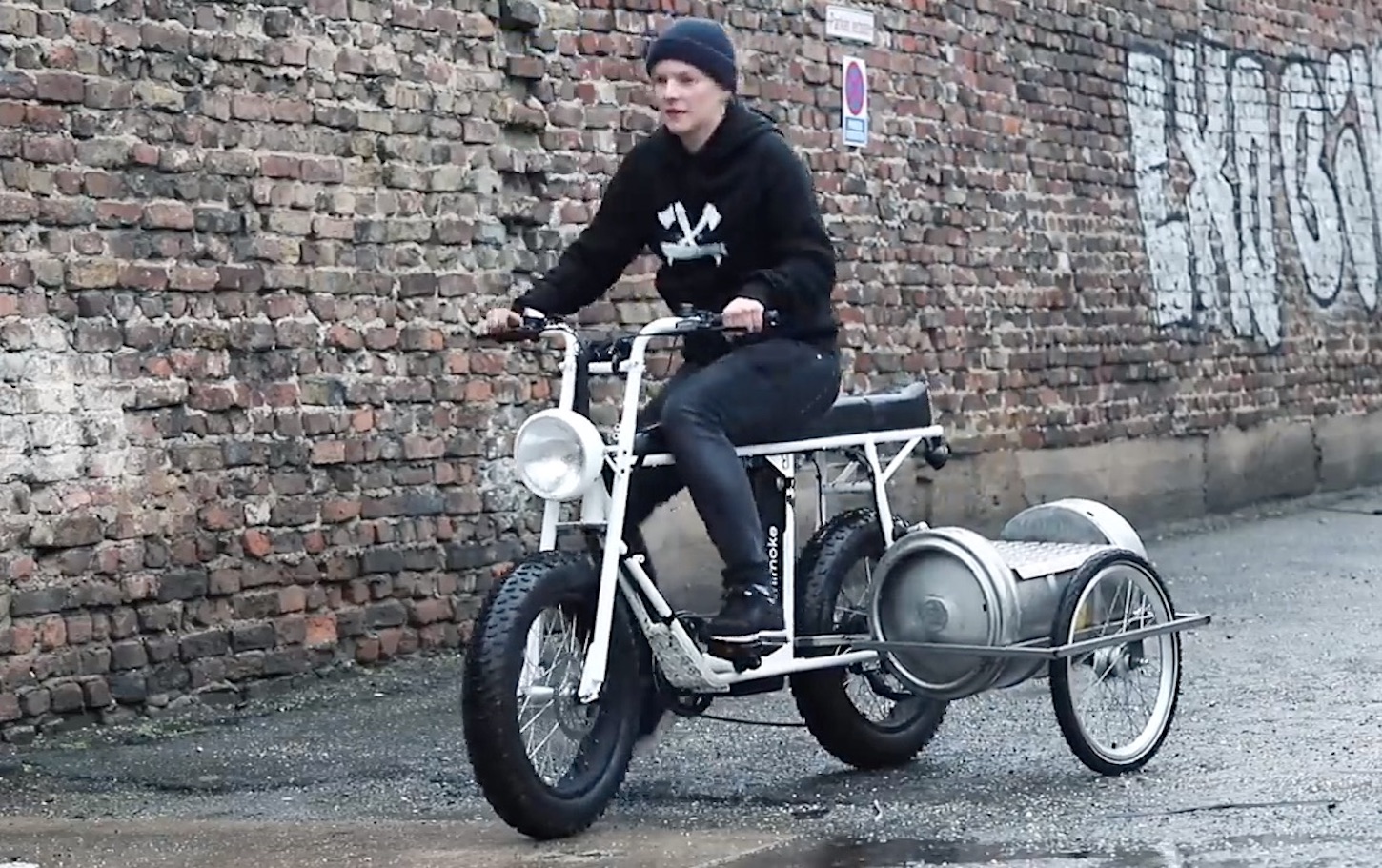 Anyone who doubts that there’s an affinity between the cycling culture and beer, need only take a look at German tinkerer Laura Kampf’s bicycle beer keg sidecar.

The bicycle itself is reminiscent of a 1970’s minibike, albeit the rider is the motor in this case.

However, the real uniqueness lies in the sidecar, which comprises a beer keg that’s been cut-out and fabricated into its own mount that’s capable of transporting a sizable stash of goods, or even a canine friend.

No word if the do-it-yourself project will ever go into production, but suffice to say there are plenty of leftover kegs laying around most cycling meeting spots.