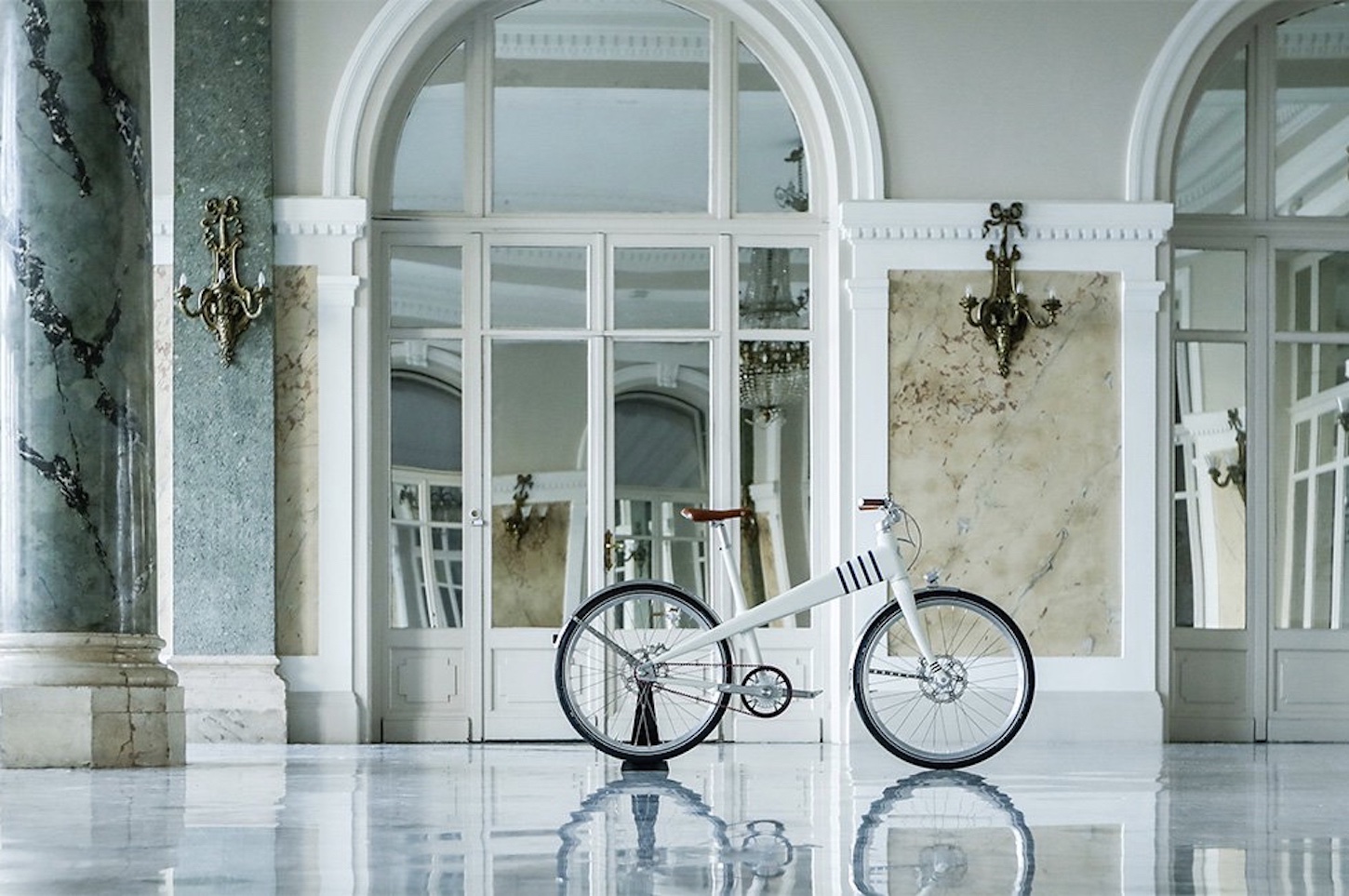 The COLEEN electric bicycle rolled onto the stage at this month’s Consumer Electronics Show, unveiling a host of innovative connected, performance features housed within a bold, elegant yet vintage design, which was inspired by the work of iconic french designer Jean Pouvé.

In 1941, Prouvé was in occupied France and was temporarily out of the building business; he kept his workshop busy by making charcoal-burning stoves, cookers adapted for poor fuels, and a clever bicycle design that could be made out of sheet metal, which was easier to get than tubular steel.

Jumping ahead to the present, French designers Audrey Lefort and Thibault Halm have reprised Prouvé’s creation, with the launch of the modern-day COLEEN.

The COLEEN’s distinctive design is matched by its technical performance. with a claimed efficiency of 94%, the battery – composed of 42 cells – provides an average range of 100km (62 miles) and recharges from 0% to 100% in only two and a half hours. The 2.5kg silent motor itself delivers 50nm of torque. each bike is fitted with a keyless ignition system that can be controlled via smartphones. as well, it features a screen that communicates only the essential information, such as mileage covered, battery level and speed.

“The frame geometry takes its inspirations from that of the first dandy-horses invented near the avenue de montaigne in paris in 1861. it was the same geometry that in 1941 would inspire jean prouvé to create a bike designed for the workers of france,’ explains Lefort and Halm.

“Although launching in the summer of 2019, the COLEEN already appears as a timeless design icon. for all people – cyclists or not, and design purists or not – the two-wheeler warms with a self-confident, characterful appeal.”

The COLEEN is not only designed, but also manufactured in France. This ensures it unites a lightweight construction with premium style and quality.

For example, the leather saddle is made by Voltaire, while the carbon fiber frame itself does not have any visible reinforcements. Many of its own technical components were developed in order to deliver sustainable, safe and stylish urban mobility.

You can learn more about the COLEEN by visiting the French brand’s website here.