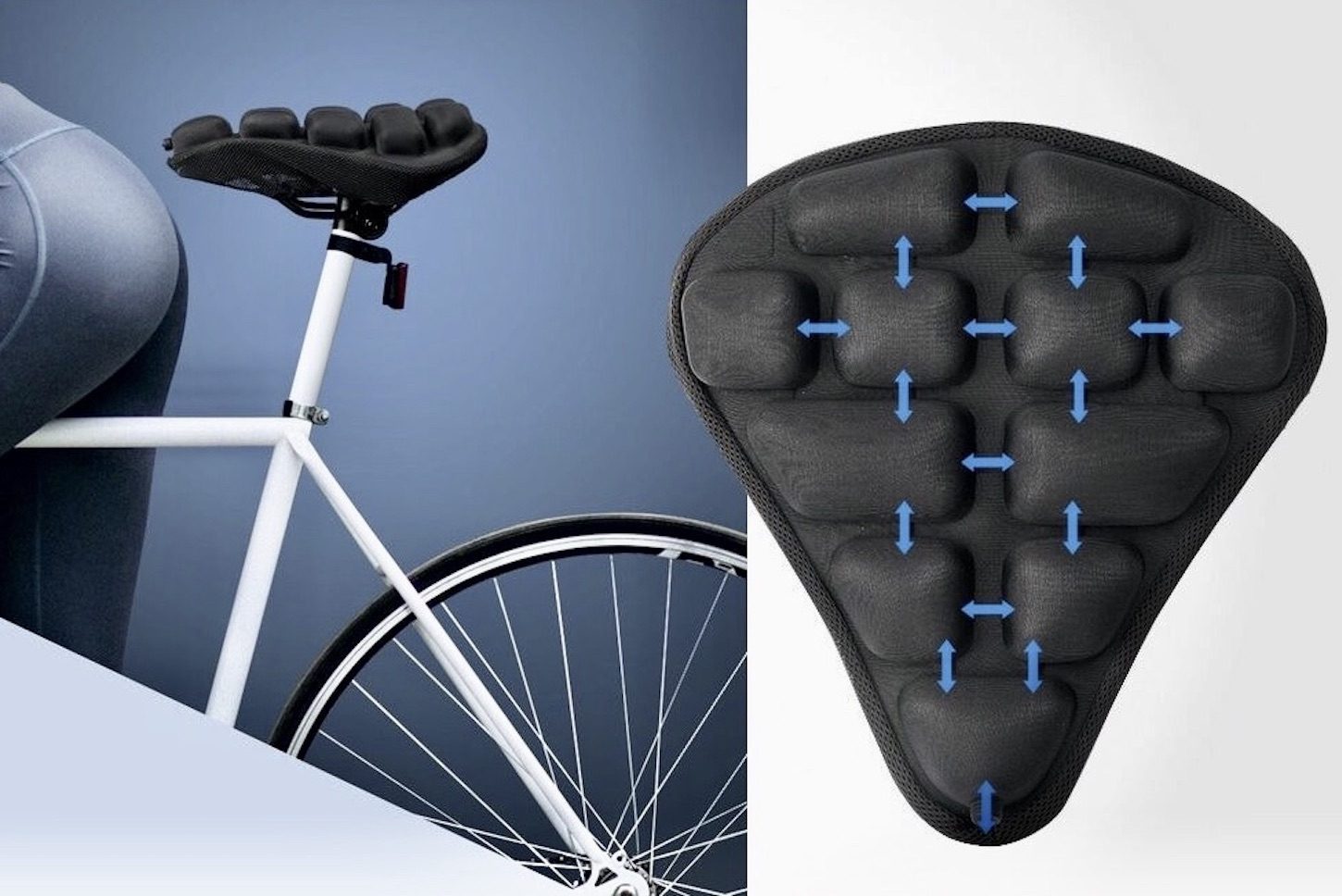 A new 3D bike seat cushion called the Cyclemate, was recently launched on Indiegogo, claiming to be the world’s most comfortable design of its kind thanks to an internal airbag that distributes air evenly across the region of the hips with the goal of relieving pressure and reducing aftershock caused from the road.

Additionally, the Cyclemate is flexible, allowing it to alleviate friction normally caused by contact points associated with hard bike seats.

“The Cyclemate adopts the method of multiple air convection which means the air circulates when the airbag is squeezed. Therefore, It creates an anti-gravity effect of even compression, cushioning about 40% of the body’s vertical pressure, in order to greatly reduce the hip load and pressure. Additionally, Good air permeability, reducing sweat and stuffiness and keeping the butt dry. Moreover, After 100% fully inflated and subject to repeated machine stress tests, no leakage, rupture or deformation occurred within 200kg,” say the designers.

You can learn more about the Cyclemate by visiting Indiegogo here.