The Cycling Illustrations of Craig Frazier 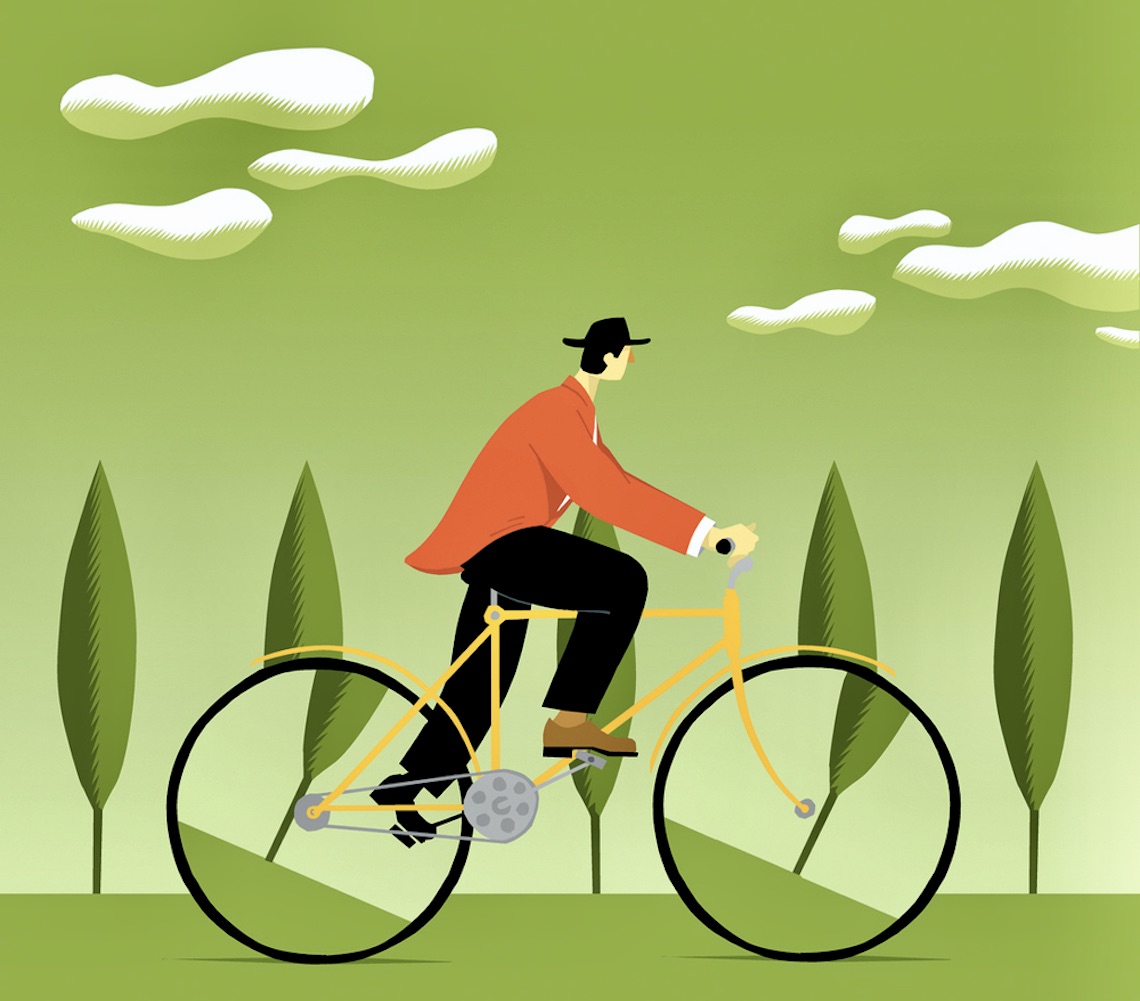 Craig Frazier has been an illustrating designer since 1978. His work is recognized internationally for its wit, optimism and simplicity.

He is a frequent contributor to the NY Times and publications like Time Magazine, Fortune, Bloomberg Business Week, Harvard Business Review, and The Wall Street Journal to name a few. Amongst his corporate clients are Adobe, American Express, Boeing, Chevrolet, Deloitte, MasterCard, Mohawk Paper, Navigant, The Royal Mail, U.S. Postal Service, and United Airlines. Craig has created seven postage stamps including the 2006 Love stamp and the 2010/11 commemorative Scouting stamps.

Here, Frazier’s cycling illustrations conjure moods of Henri Magritte à la Camille Bombois, but arrive at their point of primitivism via ink and intricate cut-outs instead of the paint and canvas.

Frazier was a founding member of the San Francisco Chapter of the AIGA in 1985 and served on the Board as its Treasurer in 1987. He was the Chair of Sponsorship for the 2005 ICON 4 Illustration Conference. He’s also a frequent lecturer at universities and design conferences.