CapoVelo.com
CapoVelo.com - - The EAVan E-Cargo Bike Blurs the Lines Between an Electric Bicycle and a Delivery Van
79800
post-template-default,single,single-post,postid-79800,single-format-standard,no_animation 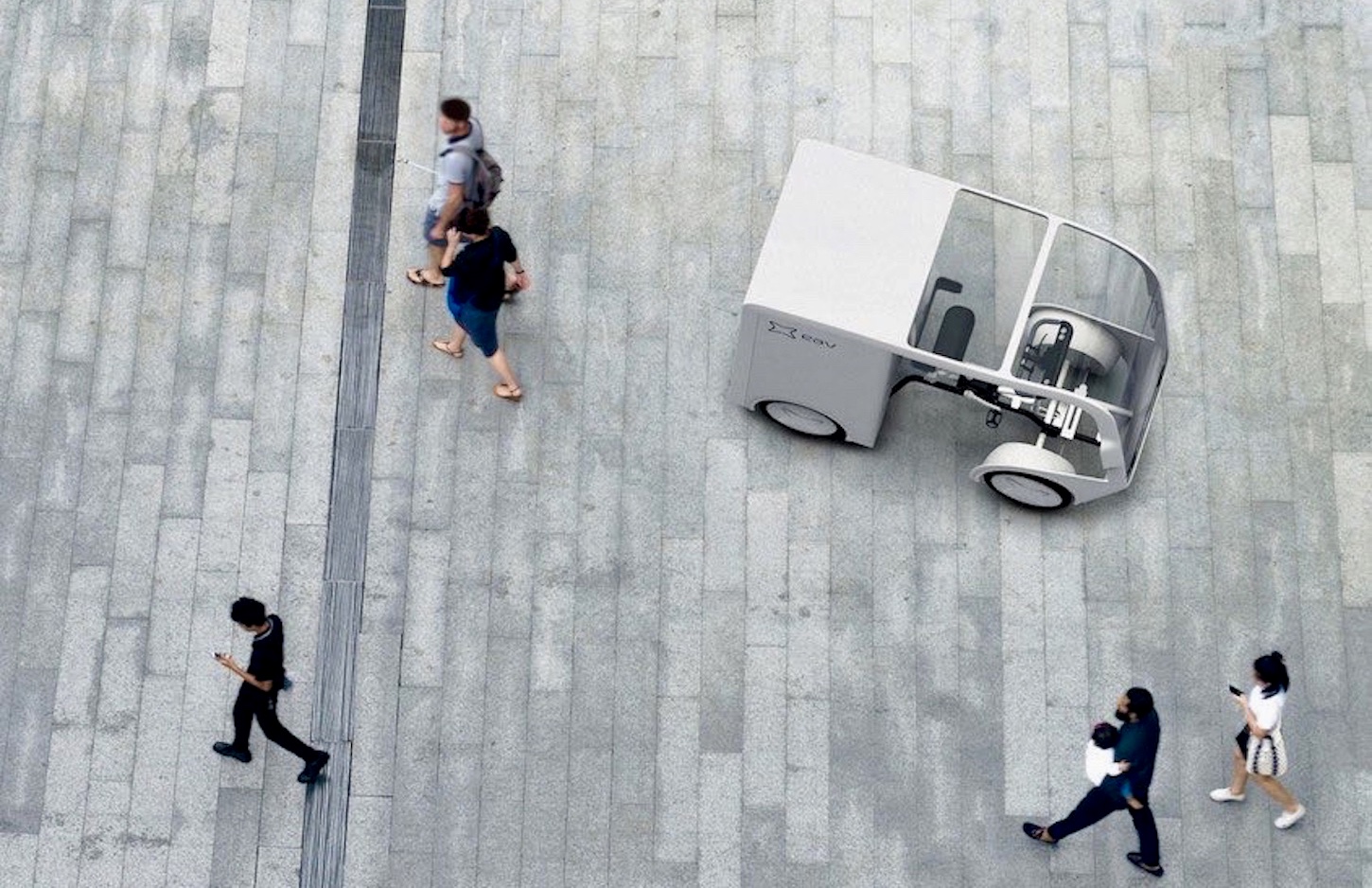 For a bunch of inveterate roadies, we sure spend plenty of time showcasing the latest in electric bicycles. That’s because even the most stolid of drop-handlebar geeks like us must come to recognize how micromobility is reshaping the urban landscape, and the important role the eBike has in it.

However, the British company EAV (Electric Assisted Vehicles) has taken things a bit further with the launch of its EAVan, a four-wheeled, modular delivery vehicle that’s pedelec driven.

The EAVan is essentially an electric cargo bike based on four wheels with a body that’s reminiscent of a small delivery van, hence the model designation.

The basic concept behind the vehicle was explained by EAV’s Technical Director and founder Adam Barmby, “getting people out of vans and onto eCargo bikes isn’t easy if they think it’s going to be an awful experience,” before adding: “Being exposed to the elements or being low to traffic isn’t going to appeal to anyone.”

Relying on a small thumb throttle, similar to one found on an electric scooter, the EAVan can accelerate up to 3 mph (5 km/h) on its own.

From there, a combination of pedaling and a robust electric-assist drivetrain is capable of propelling the cargo eBike to speeds upwards of 15.5 mph (25 km/h), along with a range of almost 60 miles (96 kilometers) with the optional, larger  batteries. Moreover, the EAVan can transport nearly 270 pounds (120 kilograms) of cargo, while the longer wheelbase version can transport up to 385 pound (175 kilograms).

Additionally, the EAVan is built on a unique “Cloudframe” modular chassis design, allowing it to fulfill a wide array of uses – from delivery van, to a paramedic or security patrol duties.

The EAVan can also be configured longer and wider, providing a potential platform for larger vans and transport vehicles including everything from taxies, to minibuses or personal vehicles.

“We travel far more slowly than we think, especially in towns and cities,” explained Nigel Gordon- Stewart, Chairman and Executive Director of EAV.

“If we can reduce the mass of traffic, both in terms of actual weight and sheer volume, as well as remove all toxic emissions using bio-mechanical EAVans and EAVehicles, we’d have a cleaner, safer and much more enjoyable environment in which to live and work. And there’s no impact on business efficiency using EAVans.”

According to EAVan, pricing for the standard model starts at around $13,000, while the longer wheelbase version jumps up to $16,000.