The Fontus the Self-Filling Water Bottle 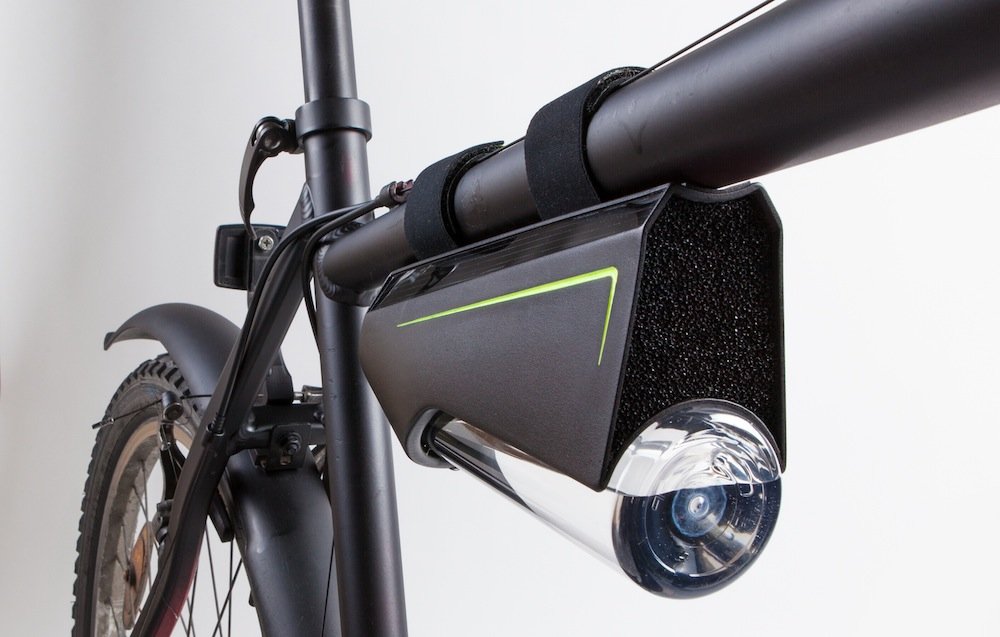 29 Jan 2016
By Campionissimo - In LATEST ARTICLES, THE DOUBLE DIAMOND

No, it doesn’t create fluid from sweat, ugh, rather the Fontus self-filling water bottle creates H2O by extracting moisture from the air.

Created by Austrian industrial designer, Kristof Retezár, the Fontus collects moisture contained in the air, and by doing so, the far-out design is capable of transforming it into drinkable water within an hour.

According to Retezár, when humid air flows into the Fontus, it hits a series of hydrophobic “teeth,” which resemble bristles on a toothbrush, that  in turn causes the water vapor to take the form of droplets.

In addition, the Fontus contains a cooler which is divided into two parts, an upper side that remains cool, while the downside increases in temperature when powered by its built-in solar panel.

The speed of movement caused by the bike, cools the hot side, while upper proceeds to get even colder, thus creating condensation, which then is turned into water droplets that are stored in the bottle.

Retezár says the bottle works best between 86 degrees and 104 degrees Fahrenheit and between 80 and 90% humidity.

Over the course of an hour, Fontus can produce roughly 0.5 quarts of water.

The Fontus is also capable of filtering out some large contaminants, like bugs and dust, but the filter isn’t designed to keep out small contaminants like sediment. In future models however, Retezár hopes to install a carbon filter that will make it more useful in water-scarce regions where air quality is also an issue.

While Retezár concedes the current prototype isn’t perfect, the Fontus has the potential not just for cyclists, but the possibility of assisting  countries in humid regions that grapple with water deficiency.