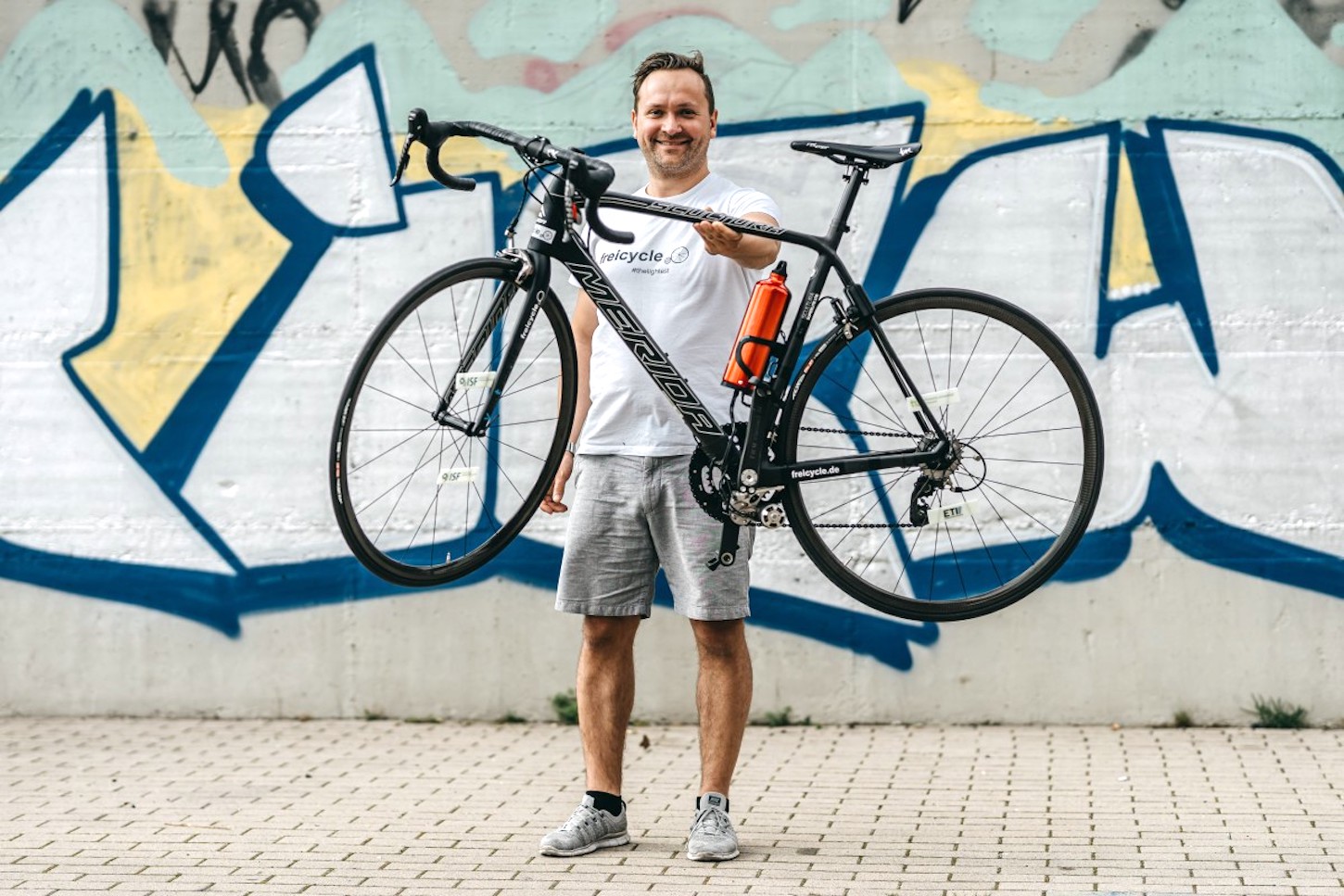 The Freicycle claimed the title as the world’s lightest e-bike back in December, earning a Guinness World Records award after tipping the scales at a feathery 15.15 pounds (6.87kg).

Developed by mechanical engineer Dennis Freiburg, his gravity defying e-bike took the better part of a year to design and build, serving as part of a project for his doctoral degree.

Built upon Merida’s svelte Scultura carbon fiber frame, Freiburg was able to keep the rest of the weight down by using similarly lightweight components like a set of carbon fiber wheels, fork and crankset, while other components that couldn’t be sourced light enough were 3D-printed, such as the ultralight pedals.

For the motor, Freiburg relied on a low-tech, lightweight friction drive system, using a brushless remote control helicopter motor capable of putting out 600 watts of power that was wrapped in an abrasive sleeve to provide grip to the rear tire. Moreover, when not in use, the sleeve can be swung away from the tire, putting the bike back into traditional pedal mode.

In order to satisfy the Guinness World Records, at a minimum, Freiburg was required to use a 137-Wh battery, using a drink bottle filled with batteries and electronics mated to a 3D-printed bottle holder to meet the specification.

He also 3D printed a new lid for the bottle and a dial to control the bike’s level of assistance, while lightweight sensors in the crank and wheel provide the system with information regarding wheel speed and pedal cadence.

All in, the entire drive system weighs just 4.4 pounds, with enough battery power for jaunts ranging from 12 to 22 miles (19-35 km) depending on the amount of assistance.

According to Freiburg, the project as a whole cost somewhere around $24,000 (€20,000) to complete. “Too much for a bike, but not a lot for a Guinness World Record,” remarks the German engineer.