The History of the World Championship “Rainbow Jersey” 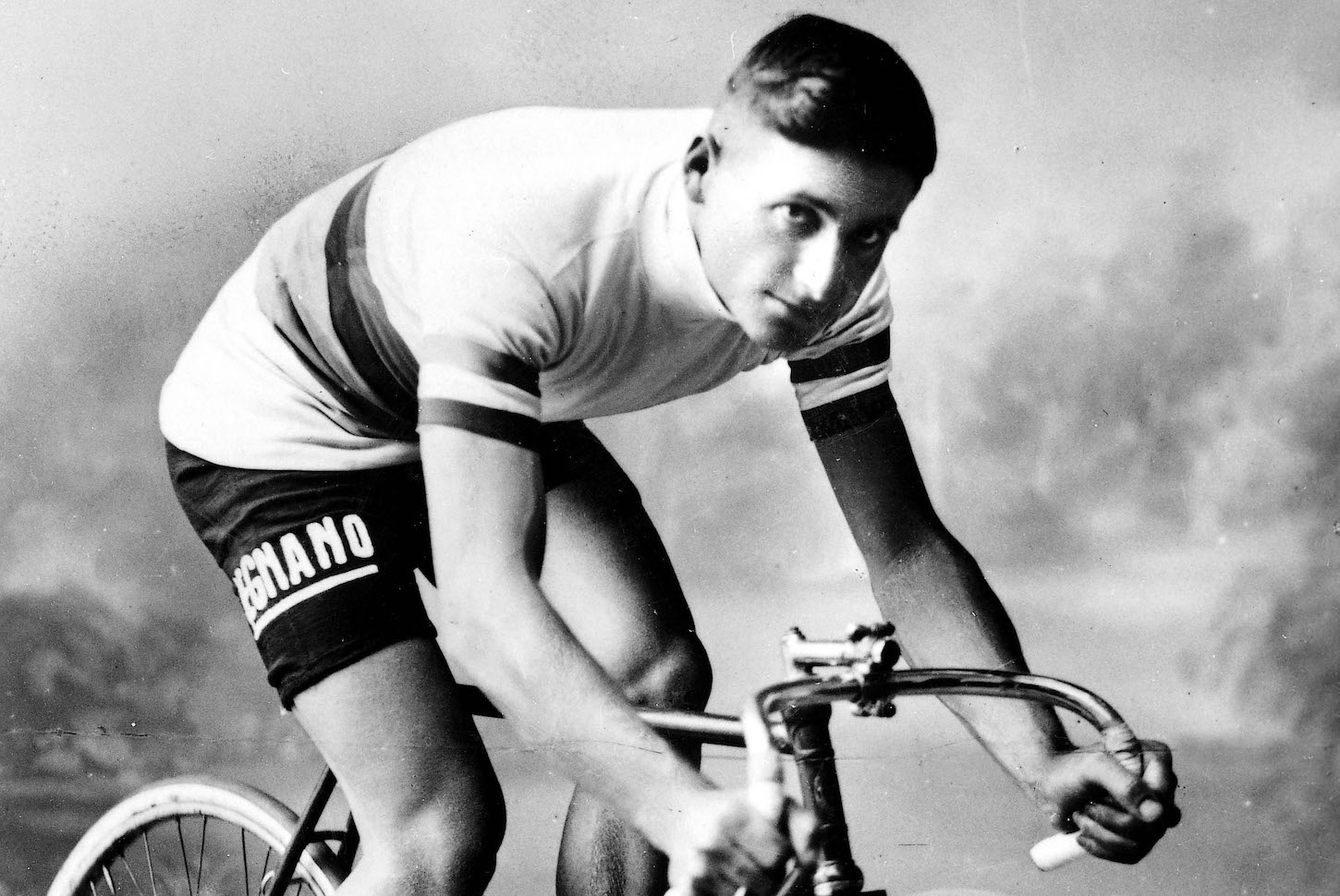 The professional cycling peloton is a bright spectacle, with riders sporting different jerseys that create a vibrant pallet of colors.

Within this muddled blur of shades, some elements in particular stand out: for example the jerseys of the ranking leaders in the Grand Tours and the colours of the different National Champions. But one uniform that remains truly recognisable throughout the year is the rainbow jersey with its distinctive colored stripes.

What the colors mean

The rainbow jersey is the symbol of the reigning UCI World Champion and it’s the same main design across all the different cycling disciplines: road, track, cyclocross, mountain bike, BMX Racing, BMX Freestyle, indoor cycling and trials. It’s extremely easy to recognise with its full white background and five characteristic horizontal coloured hoops, from top to bottom: blue, red, black, yellow and green. These are the same colours as the Olympic flag as imagined by Baron de Coubertin in 1913 and which represent the five continents of Europe, Asia, Africa, Oceania and America.

For the road discipline, the rainbow jersey is awarded in the road race and individual time trial to the winning Elite, Under-23 (men only) and Junior riders as well as the fastest nation in the new team time trial mixed relay. Jerseys are also awarded at the UCI Para-cycling Road World Championships in the different classes of the road race and individual time trial as well as the mixed handbike team relay.

The UCI’s long-standing Italian partner Santini, which is currently helping the fight against the COVID-19 pandemic by making protective face masks has been producing these rainbow jerseys since 1994.

Meanwhile former UCI World Champions have the privilege of displaying rainbow bands on the sleeves and on the collar of their team jersey, to recognise their past victory – again, only in the speciality in which it was won.

Italian Alfredo Binda was the winner of the first rainbow jersey, in 1927, the year the UCI World Championships were opened up to professional cyclists.

The race was organised in Germany at the legendary Nürburgring circuit. Until that year the UCI World Championships had been reserved for amateurs.So in 1927, the UCI decided to hold a single race with two classifications: amateurs and professionals. The route was extremely tough: eight laps of 22.8km – for a total of 182.4km –packed with climbs, descents and corners.

No wonder it took a champion as great as Alfredo Binda to put in a huge performance on that cold and wet 21 July. Binda broke away after just 30km on the climb of Karussell to finish in 6:37.29 at an impressive average speed of 27.55km/h. He won from two other Italians: Costante Girardengo at 7.16 and Domenico Piemontesi some 10.51 down, while another Azzurro Gateano Belloni, finished fourth at 11.11.

The amateur race went to the Belgian Jean Aerts, who finished fifth overall, ahead of the German Rudolf Wolke and Italian Michele Orecchia. Of the 55 riders who started, just 18 finished.

Elsy Jacobs, the first woman to wear the rainbow jersey

Only in 1958 did the rainbow jersey officially enter the world of women’s cycling. The first rider to wear it was Elsy Jacobs from Luxembourg after her success in the road race in Reims, France, on 3 August 1958.

Jacobs finished in front of the two Soviet riders Tamara Novikova and Mariya Lukshina – both at 2.51. On 9 November the same year she went on to break the women’s Hour Record with a mark of 41,347m at the Vigorelli velodrome in Milan – a record that stood for 14 years.

Elsy came from a cycling family, and her brothers Roger, Raymond and Edmond all turned pro and raced in the Tour de France. In her honour there is a race named the Festival Elsy Jacobs held in her hometown in Garnich which has been part of the UCI Women’s Elite cycle racing calendar since 2008.

Jacobs’ performances can be regarded as evidence against the theory of the “curse of rainbow jersey” which suggests that after becoming UCI World Champion a rider suffers poor luck the following year. It’s true that some winners have been badly injured – from Tom Simpson in 1966 to Stephen Roche in 1988, Luc Leblanc in 1995 and Alessandro Ballan in 2009. There have also been some tragedies including the deaths of the young Jean-Pierre Monseré in 1971.

Few riders succeed in becoming UCI World Champions across different disciplines. Pauline Ferrand-Prévot wrote a page of cycling history during the 2015 season, when, at just 23 years old, she became the first person – man or woman – ever to simultaneously hold three titles: road, cyclo-cross and mountain bike. In that unique feat the French rider outshone even those other supremely talented athletes who have won different rainbow jerseys like Marianne Vos (road, cyclo-cross, MTB and track) or Mathieu Van der Poel (cyclo-cross and MTB).