The Mokumono Delta Bike Takes Inspiration from the Automobile Industry 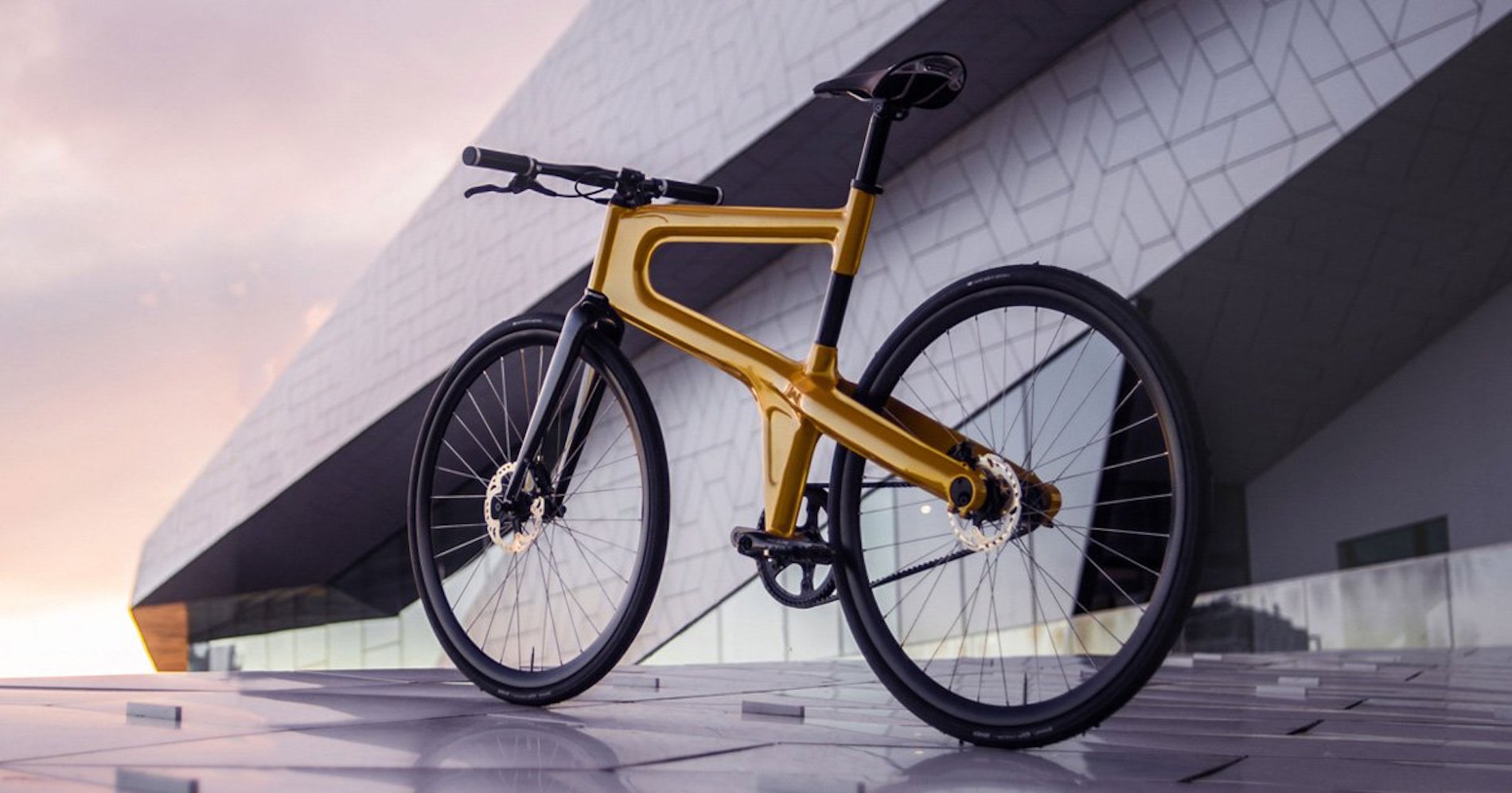 Back in 2015 Bob Schiller, a Dutch design student at Design Academy Eindhoven, started Mokumono Cycles with the goal of creating a locally manufactured, sustainable bicycle.

Taking inspiration from the automotive industry, Mokumono implemented a new manufacturing technique that takes two sheets of 7000-grade aluminum and presses them together to form a bike frame, which is then laser-welded together.

In addition, the frame features a floating rear wheel stay, along with a carbon fiber front fork, ensuring the frame remains lightweight and offers a comfortable ride.

The bike is actuated by a carbon belt drive system, which is stronger and quieter than a traditional bike chain. Moreover, it’s grease-free and requires little to no maintenance. The saddle is made from vulcanized natural rubber and organic cotton, with a die-cast aluminum structure.

After building the first prototype from cardboard, the company experimented with 3D hubs to create 3D-printed and hand-built versions.

The Delta showcases the manufacturing technique using sharp lines to accentuate the points where the two sheets are pressed together, which features the previously mentioned carbon fork, a Shimano Alfine Hollowtech crank, Gates Carbon Belt Drive system, hydraulic disc brakes and either a Shimano eight or 11 speed Alfine hub or fixie setup is available.

To initially get the Delta into production, Schiller undertook a successful Kickstarter, which received a total of €92,000 in backing.

According to Schiller, the success of the Kickstarter campaign was an indication that his new approach to bicycle manufacturing, which embraces production methods that are both local and sustainable, resonated greatly with people.

As a result, Mokumono was later awarded the gold award at Eurobike 2017 for its innovative approach, and has currently put the Delta into full production.

Mokumono has set pricing for the Delta at $1,990.00, with availability starting next month.