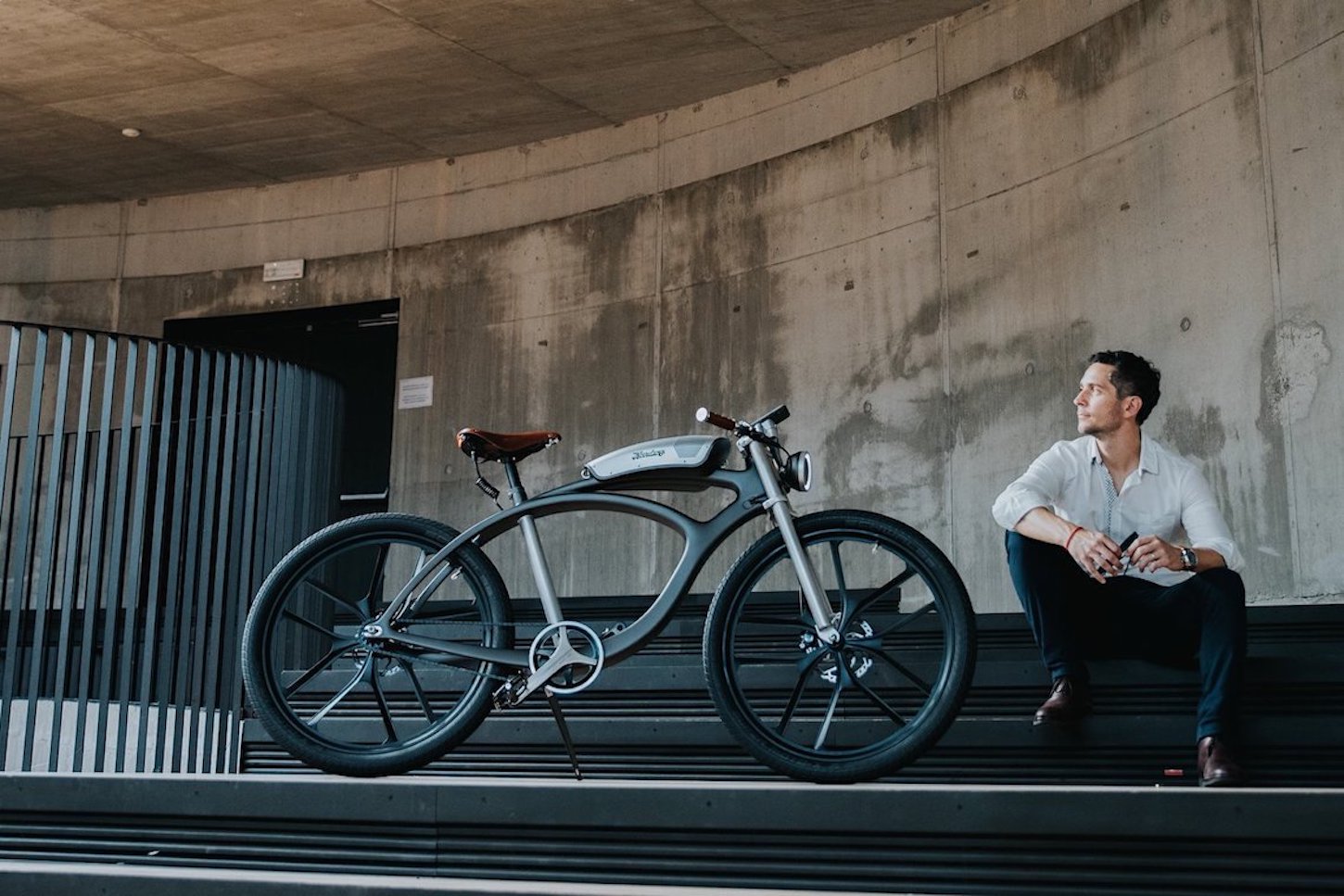 For a bunch of inveterate roadies, we sure spend plenty of time showcasing the latest in electric bicycles. That’s because even the most stolid of drop-handlebar geeks like us must come to recognize how micromobility is reshaping the urban landscape, and the important role the eBike has in it.

However, as eBikes continue to get more and more sophisticated in terms of technology, some also take aesthetics into account, harking back to a time when beauty and luxury were just as important as function.

Such is the case with the Noordung Superbicycle that reprises the 20th-century cafe style motorbike with all of the trappings of a modern-day eBike including a detachable all-in-one stereo speaker.

“European and global metropolises from London and Berlin to San Francisco and Copenhagen are increasingly constructing a cycling culture and infrastructure. Trends show that, in the next few years, bicycles will overtake cars when it comes to mass means of transport. Although electric cars have gained media attention, the real electrical revolution in urban transport is happening in the bicycle industry. Here and now,” says Noordung.

“We created the Noordung company because we believe that the essence of urban transportation is not just about moving from one point to the other, but about enjoying the journey. Noordung is a company that solves the issues of urban cycling with a commitment to excellence of design, user experience and service design. We have created an innovative solution that connects cycling with music and sound.”

“Our main product is a luxury, smart urban superbicycle of the best quality featuring a multifunctional Boombox that creates an entirely new experience of urban cycling that has never been seen before.”

The Superbicycle is powered by a 250w Keyde motor and a 36V lithium battery that are completely concealed within the bike’s carbon fiber frame.

Electric assistance is provided via a Doppio crankset with internal hub gears that’s capable of propelling the Superbicycle to speeds upwards of 16mph for a range of more than 30 miles.

Tipping the scales at 44 pounds, the Superbicycle also claims to be the world’s lightest in its category.

The Noordung Superbicycle is available in four models, starting with the $3980.00 non-assisted Pure, which only weighs 33 pounds, to the range-topping Individual that fetches a hefty price of $14,980.00.

Noordung has currently undertaken a crowd-funding campaign on Indiegogo, hoping to attract early-backers with special incentives that you can learn more about here.