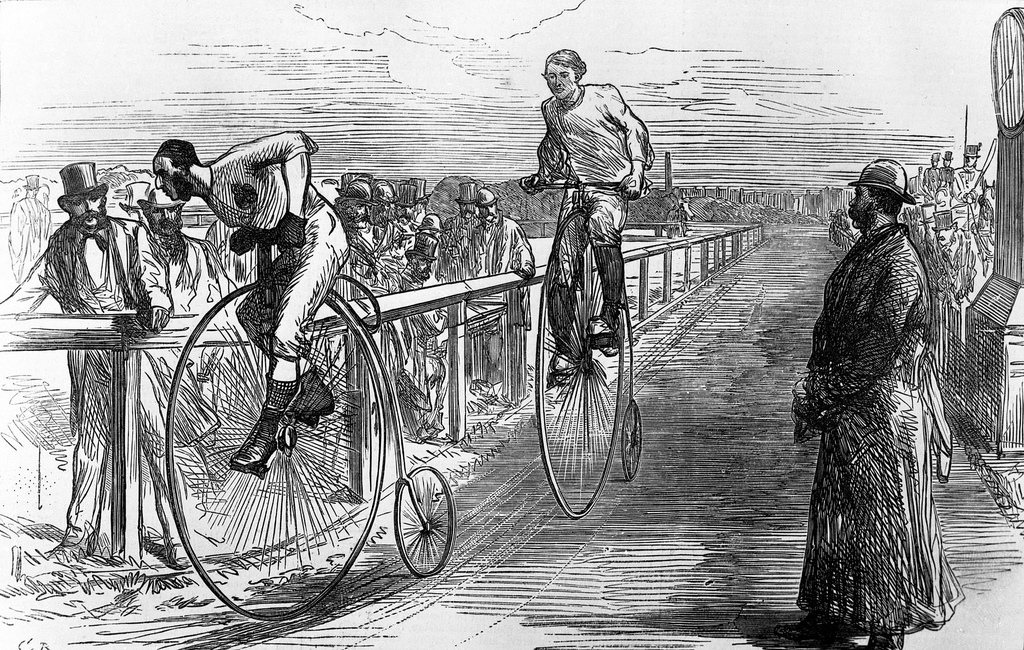 Long before racing came anywhere near taking the form of last week’s UCI World Track Championships, the Penny Farthing bicycle was the standard machine by which all cyclists raced on.

In addition to regularly held track racing events, the first recorded hour record on a Penny Farthing was set in 1876, when Frank Dodds of England pedaled 15.8 miles (25.4 km) in an hour around the Cambridge University grounds, with the last (paced) hour record achieved by Frederick J. Osmond in 1891 at 23.72 miles (38.17 km).

As far as long distanced riding is concerned, in 1884 Thomas Stevens rode a Penny Farthing from San Francisco to Boston—the first cyclist to cross the United States. In 1885 to 1886, he continued from London through Europe, the Middle East, China, and Japan, to become the first person to ride around the world.

While the Penny Farthing was short-lived, its rise during the Victorian era, not only represented a symbol of transportation for the affluent, it also coincided in the development of cycling as a sport.

Here’s a look back.