The Playpulse ONE Bike Combines Fitness and Gaming 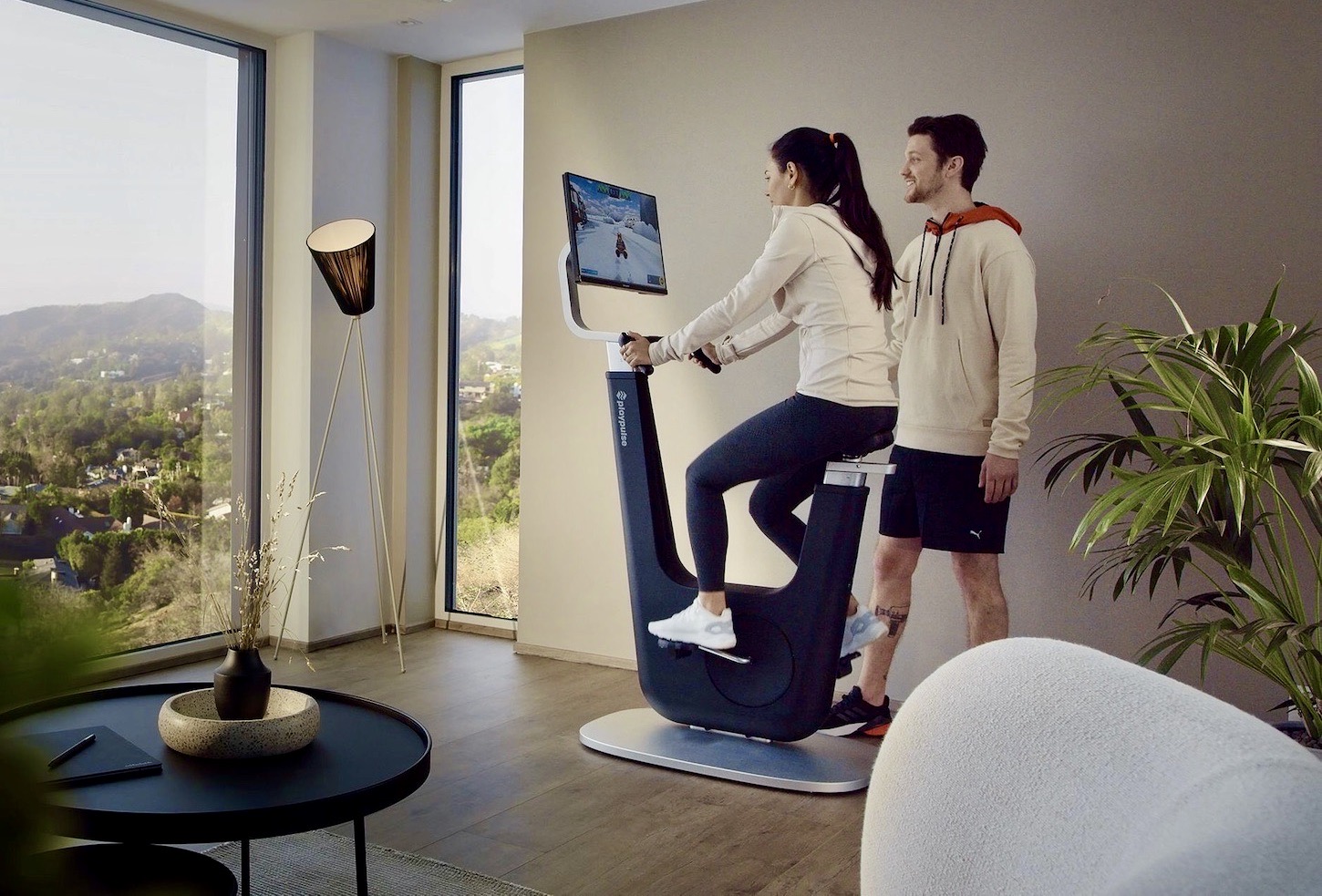 Capitalizing on the popular trends of indoor cycling and gamification, Playpulse has launched a new exercise bike called the Playpulse One, which combines fitness and gaming in one stationary bike.

“Our Playpulse One seamlessly integrates virtual entertainment with exercise, it’s a fitness device for individuals who wants a workout routine that they will actually look forward to – both gamers and non-gamers alike,” says the Norwegian brand.

Seventy-five percent of American households own a video game console. Moreover, according to the World Health Organization, eighty-one percent of adolescents are unhealthy and inactive, while seventy-three percent of Americans want to be more active, but struggle with motivation and lack of time.

As a result, Playpulse says its mission is “to use the magic of virtual entertainment to make anyone look forward to their next workout. We believe this will have a massive societal impact by unlocking more active communities – fostering joy and enthusiasm around healthier lifestyles.”

The Playpulse ONE features a high precision sensor that integrates pedaling with gameplay, while the handlebar is equipped with both game controllers and heart-rate sensors to create a truly immersive experience, allowing users to play games, view movies, or participate in a virtual cycling workout thanks to its 24-inch multitouch display with graphics card that’s capable of running 3D platforms.

Additionally, Playpulse offers a rich library of video games, entertainment and fitness content, allowing users to stream their favorite show – as long as they keep the pace up – or the screen goes dark (optional). For fitness enthusiasts, there’s Playpulse Studio, which is also filled with gamification elements to make the user’s workout program more exciting.

The bike itself looks different from other spin bikes, featuring a more vertical design and a seating position that’s more upright, along with split handlebars that have a thumb stick on the left side with four action buttons on the right, as well as hand grip-mounted heart-rate sensors.

Playpulse ONE is available for pre-order for $1,199, which comes with four Unity 3D powered games, while several new games and features are currently in development. Also, Playpulse has plans to create an open API, allowing third party developers to create new and exciting additions.

Lastly, new owners get Playpulse’s subscription service for free for the first six months, after the trial period ends, it’s optional for $19.99/month.