The Pro Peloton is Governed by Sight, Not Aerodynamics 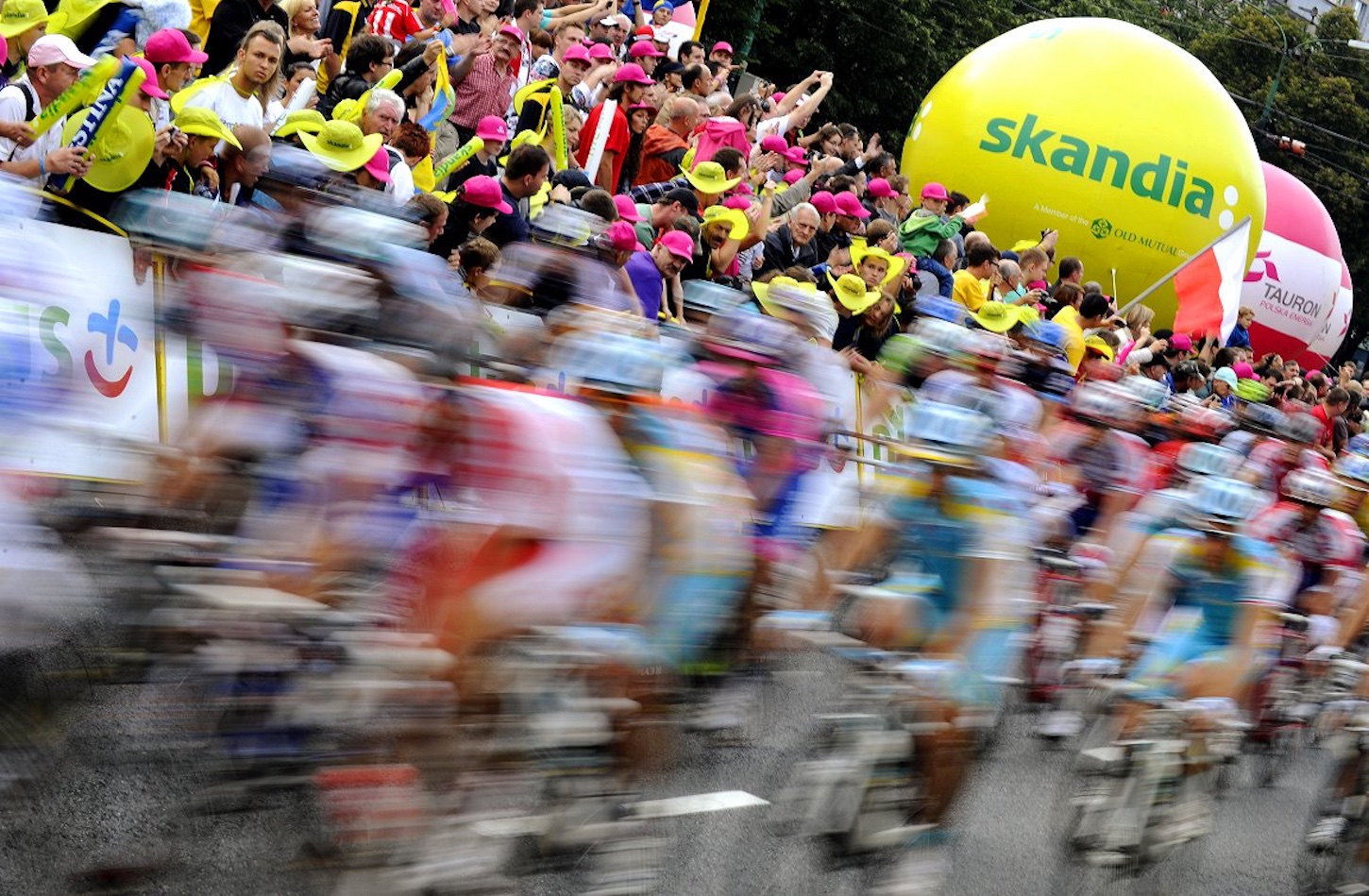 During international races like the Tour de France, where as many as 190 riders speed through the streets of France, spectators marvel at the tightly-packed formation of cyclists known as the peloton. Fans will argue that a peloton creates an aerodynamic advantage, allowing riders to conserve energy throughout the grueling three-week race.

But what if the patterns in the peloton are formed not because of aerodynamics but rather due to visual limitations?

In a recent study published in the Journal of the Royal Society Interface, researchers at Utah State University, the Naval Undersea Warfare Center, Baylor University, VeloCam Services and the Massachusetts Institute of Technology reveal that vision is the main factor in the formation and shape of a peloton.

The study began four years ago when Professor Tadd Truscott of Utah State University and Jesse Belden from the Naval Undersea Warfare Center set out to unravel the fluid-like behavior of the peloton.

While 17-time Tour de France finisher Jens Voigt says “cycling is not rocket science,” Truscott and his colleagues — who are cyclists themselves — share a different perspective. The team speculated that the peloton emerges because of certain knowledge within the group, team dynamics and strategy, aerodynamics or perhaps sensory perception.

Researchers watched hours of aerial footage from the 2016 Tour de France and found that motion from the front of the pack appeared to pass through the peloton in a network fashion, with individuals reacting to one another in a relatively short time and space.

“Tour de France riders are often only a few centimeters apart from neighbors on all sides,” said Truscott, “Our image analysis revealed that cyclists align in patterns within a plus or minus 30-degree arc corresponding to the human near-peripheral visual field. This helps them safely react to changes or disturbances from neighboring riders.”

Truscott’s team found that group structures change near the end of a race as the peloton shape elongates, suggesting a narrowing of the field of vision as the race speeds up. As riders’ heart rates increase, their field of vision narrows due to physiological restrictions of the human body. This decreases the field of perception which leads to a stretching out of the peloton. According to the study, these arousal-dependent neurological effects set the local arrangement of cyclists, the mechanisms of interaction and the implicit communication across the group of cyclists.

“In other words, the visual ability of individual riders governs the underlying shape, response to changes in the road and spacing between individuals,” said Truscott.

The researchers say they anticipate that their mechanistic description of the peloton will enable a more detailed understanding of the interaction principles for collective behavior in a variety of animals and help formulate new ways of predicting behavior.

The findings will develop a better understanding of how systems of thousands of individuals can work together to perform group tasks. This work could set the framework for directing a network of individual machines such as robots or autonomous vehicles.