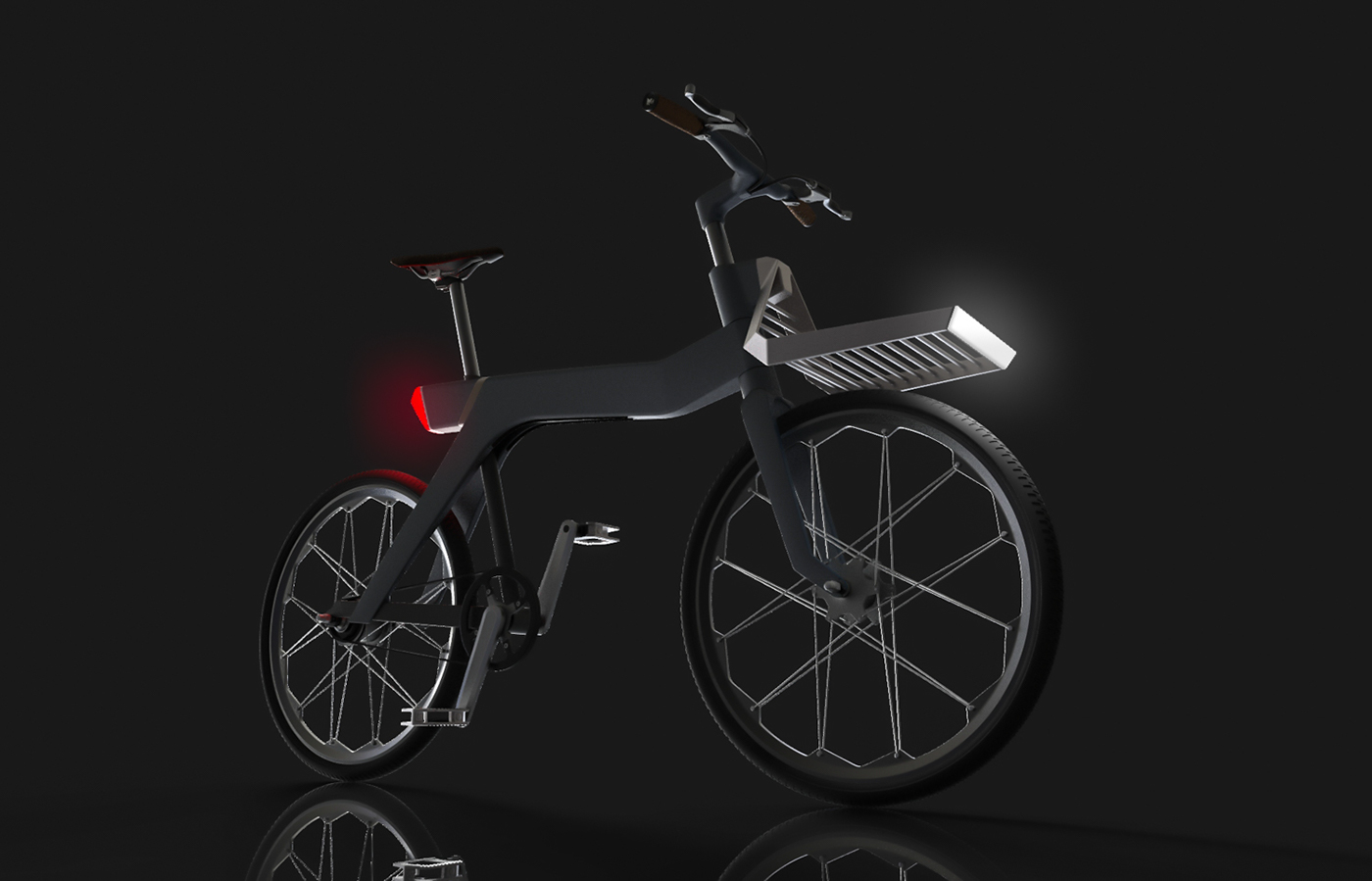 RubyBike is a concept bicycle created by design student, Kasper Schwartz, in partnership with the Danish bicycle manufacturer, Kildemoes, as part of his graduate studies project at The Royal Danish Design School in Copenhagen.

The concept bike draws its name from Kildemoes’ ruby-throated hummingbird logo, but apart from its clever name, the RubyBike distinguishes itself from other eBikes, by virtue of its ability to easily transition to and from an eBike.

The platform is based around two integrated mounting points on the RubyBike’s frame, which allows users to quickly mount and dismount the removable battery which is located in the center off the bike’s frame, without need of any hardware or tools. The motorized aspect of the RubyBike, is accomplished via an electric powered hub which is contained in the front. By simply changing out front wheels, the RubyBike can switch back and forth between eBike and traditional bike mode – quickly and easily.

Additionally, given the RubyBike’s compact, lightweight and transportation-friendly design, this makes it an ideal bicycle for virtually any urban setting. Furthermore, it’s foldable, which gives way to even greater versatility with regard to storage and carrying it about on public transportation.