The “Scorpion” is Half E-Bike, Half Moped 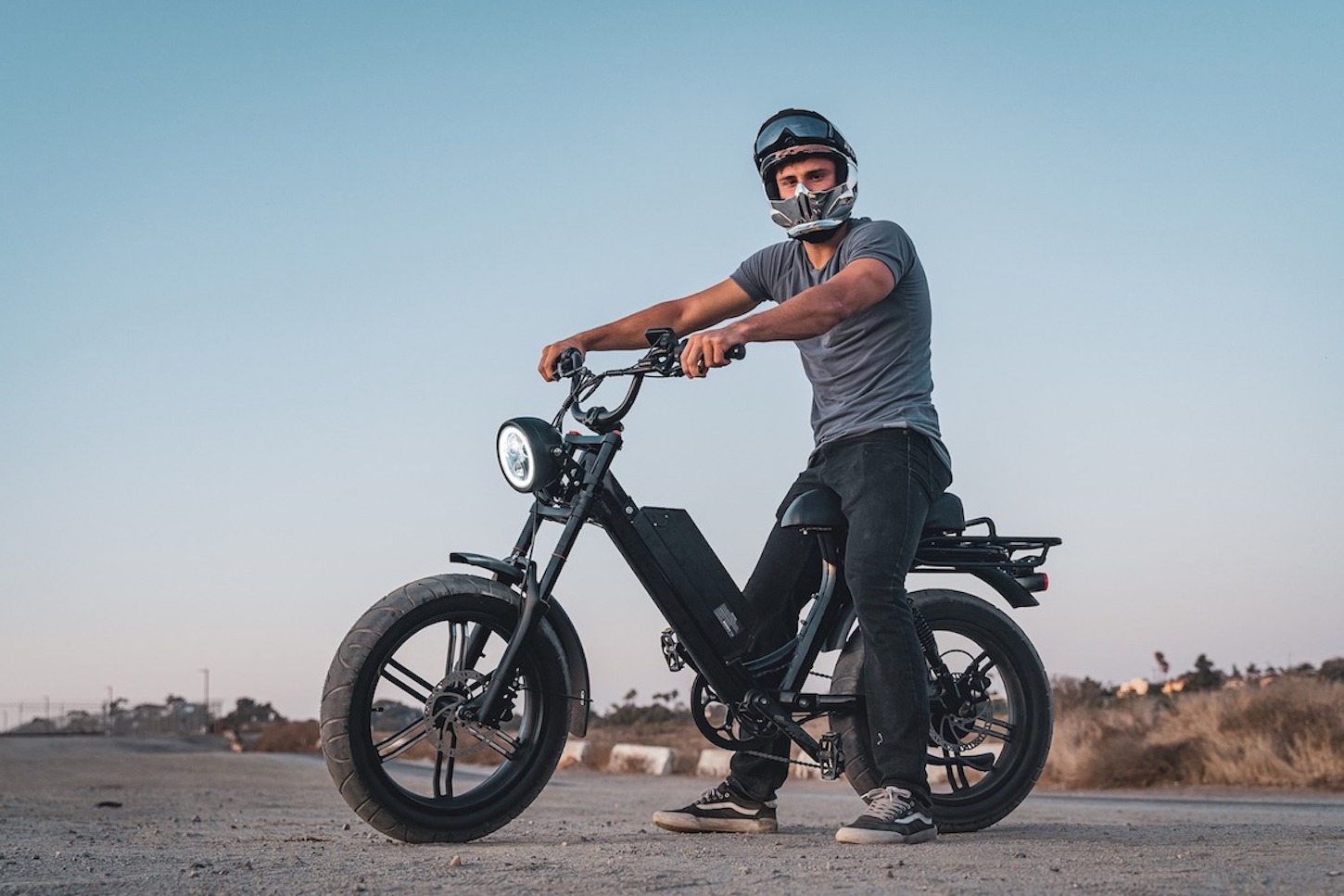 Looking just as much a moped as it does an eBike, the Scorpion is Juiced Bikes’ answer to the ever-growing urban cycling segment.

The base Scorpion features a 750-watt hub drive motor combined with a 52-V/13-Ah/673-Wh battery, whereas the HyperScorpion puts out a whopping 1,000 watts in conjunction with its more robust 52-V/19-Ah/998-Wh battery.

Additionally, while both motors are operated by throttle and a cadence sensor, the HyperScorpion also gets a torque sensor.

Other features that highlight the Scorpion are hydraulic lockout forks, a twin-shock hydraulically-damped setup at the rear, disc brakes, a rear cargo rack, integrated front and rear LED lighting, an LCD display, commuter-friendly mudguards and a chunky foam seat and beefy motorcycle tires to further insulate the rider from harsh feed-back from the road or trail.

Pricing for the base Scorpion is $2,199, while the more powerful HyperScorpion fetches $3,499.

However, Juiced Bikes has undertaken a crowdfunding campaign on Indiegogo, offering early-backers special pricing on the Scorpion of $1,299 and $1,999 respectively.

After the campaign, customers can purchase the Scorpion directly from Juiced Bikes here.