The Storied History of Favorit Bicycles 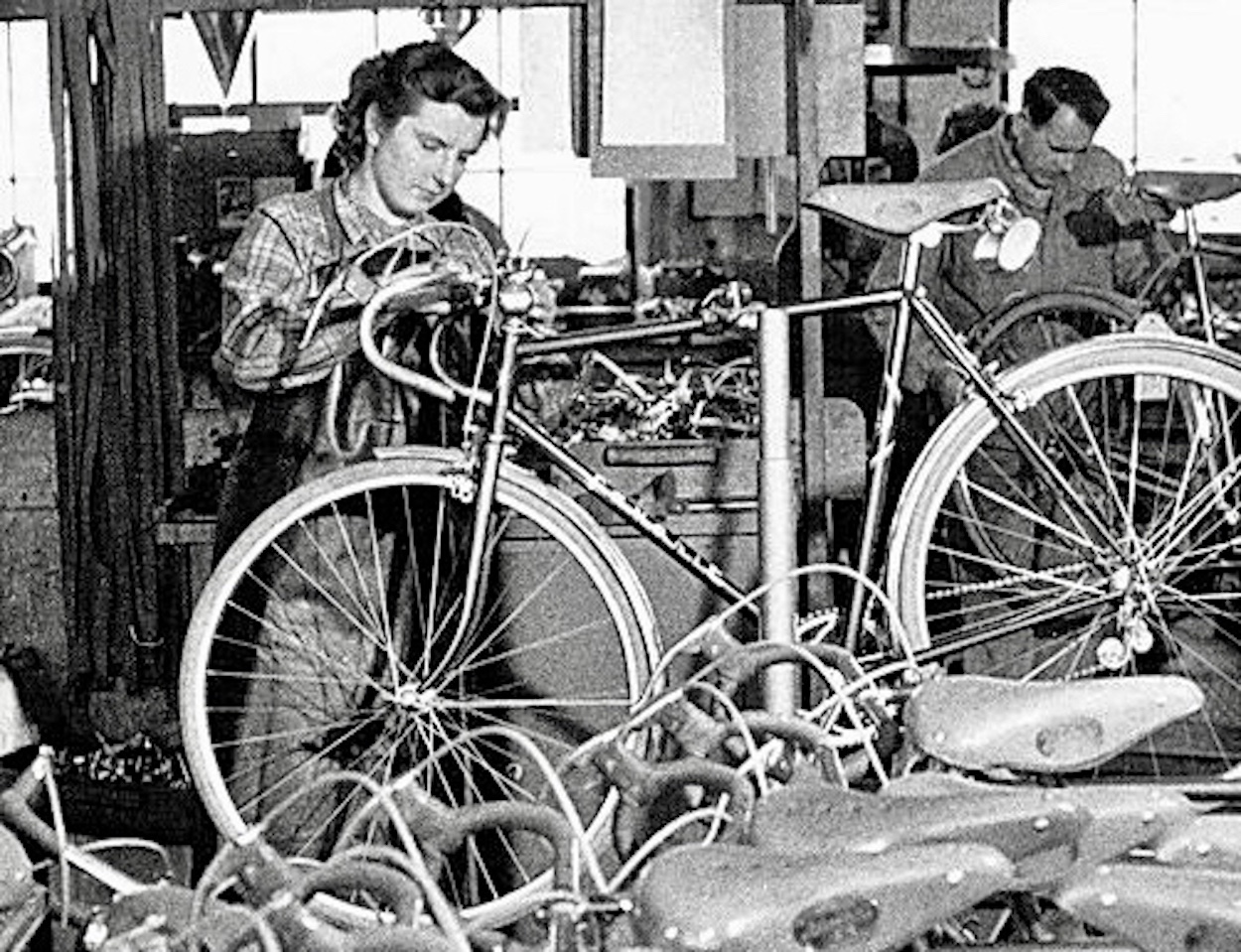 The beginnings of bicycle manufacturing in Czechoslovakia date back to 1901, when entrepreneurs Swetlík, Kastrup and František Hering founded the brand Tripol Hering in Rokycany.

Cycling didn’t gain popularity in Czechoslovakia until after the end of World War II. Yet, it developed at such a pace that the country decided to start producing bikes on its own soil, with the choice falling on Rokycany to build the first full-production facility.

Quite sometime later, Tripoli was joined in the market by the Tudor brand, its only competition between 1938 and 1946. However, after the country’s nationalization in 1948, the two companies were merged into one, streamlining production to a single brand.

Following a subsequent reorganization in 1950, the Rokycany plant came under the control of a new national enterprise, Eska-Cheb.

Because importing bicycle parts from Italy and France was too expensive for the communist Czechoslovakia, the factory decided to expand into making its own components, thus allowing them to build compete bikes.

This turned out to be an excellent decision, as the factory was soon able to develop a bike that met all of the requirements of a full-on racing bicycle.

It wasn’t long before a special workshop was set-up within the factory, where a new group of designers constructed the first 15 racing bicycles under the Favorit-F1S label for the Czechoslovak national racing team. Moreover, 1950 also saw the establishment of the TJ Favorit cycling club, where all the new products for road and track cycling were tested.

As the country’s riders began bringing home medals from the Olympic Games, the World Championships and other international competitions, the Favorit brand began earning the recognition and respect of professional riders and industry experts alike.

Not surprisingly, production of the F1S for the Czechoslovak national team continued to increase, while requests for the bike from the national teams of Finland, the USSR, Bulgaria, India, Albania, Cuba, Bulgaria, Hungary, Romania and individuals from other countries also came in. Needless to say, this was a huge endorsement of the Favorit brand.

In 1978, the one millionth Favorit bike was produced in Rokycany, with productivity continuing to increase steadily from there

Indeed, in 1981, the number of bikes manufactured from 1968 quadrupled, with production reaching a staggering 65,328 bikes per year.

Favorit’s reputation quickly spread beyond the Czechoslovak borders, with exports reaching no fewer than 38 European countries, with bikes finding their way to the shores of the USA and Canada as well.

After the Velvet Revolution, the plant was privatized and the company Favorit Rokycany A.S. was founded. But, it failed to meet market expectations, particularly during the mountain bike craze of the 1980’s.

From that point onward, the Favorit brand began to languish, with the company’s factory and trademarks changing hands several times over the next couple of decades plus.

In 2011 however, the original trademarks of the Favorit brand were bought by Richard Galovič.

Between 2012 and 2014, manufacturing of original line of Favorit bicycles resumed in Rokycany, with some of the company’s previous engineers and employees onboard.

This quickly led to the development of newer, more modern designs, with production faithfully remaining a handmade process.

Today, Favorit offers a ranges of beautifully crafted bikes that include models across the urban, road and off-road segments, even capitalizing on the ever-growing gravel segment.

You can learn more about Favorit’s range of bike by visiting Favorit.cz.