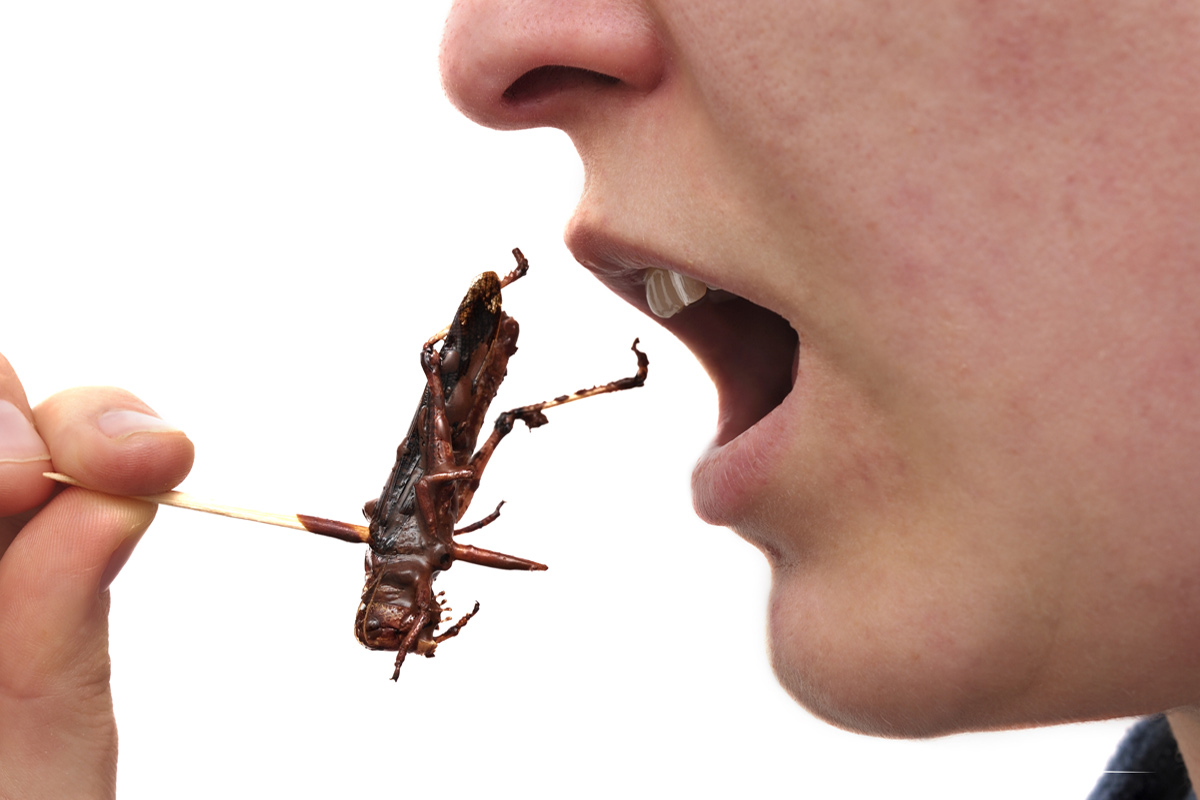 There’s a buzz in the air at the moment, and it’s all about “entomophagy”. If you’ve not heard this word before, it simply means the human practice of eating insects. Western governments are keen as it has huge potential for feeding growing numbers of people (and the livestock they eat) sustainably, while on the street people are daring to try novel and exotic foods.

Despite the exotic label, entomophagy is nothing new. Two billion people eat insects every day, just not in the West. In fact, insects are extremely good for you and eating them is good for the planet too. That’s why Andy Holcroft and I are starting up Grub Kitchen, the UK’s first restaurant with insects on the menu full-time.

We want to champion insects as a sustainable source of protein in modern diets and have been planning the collaboration for some years. I’m a scientist and farmer, researching sustainable food production and the importance of insects in agriculture. In 2013, I set up Dr Beynon’s Bug Farm, a research and education centre and 100-acre working farm, combined with a visitor attraction all about insects and sustainable agriculture. Andy is an award-winning chef, who has become more and more disillusioned with the unsustainability of conventional restaurants. Working together gives us the opportunity to explore the food chain from field to fork.

But why try changing people’s eating habits? By 2050 humans will require 70% more food, 120% more water and 42% more crop land. Meat production is predicted to double and, to meet current environmental targets, impacts of livestock on the environment will need to halve. Conventional livestock production is land and water thirsty: farmed animals graze 30% of the earth’s land and consume 8% of all water usage mediated by humans. This comes at a drastic cost to our environment and is why we need additional, or alternative, protein sources with lower environmental costs. Bring on the insects.

A recent Food and Agriculture Organisation report suggested that there are more than 1,000 known species of edible insect, offering an Aladdin’s Cave of flavours and textures. Insects breed quickly and require very little space, or water. This makes farming them extremely efficient. For example, it takes about 3,290 litres of water to produce a 150g beef burger: the equivalent insect burger requires less than a pint.

Insects are also extremely nutritious. They contain lots of calcium, zinc, and omega-3 fatty acids and are low in cholesterol. They’re also packed full of protein. Weight for weight, crickets can contain more protein than beef and are 12 to 25 times more efficient in converting their feed into food for us.

Some insects such as black flies can even convert our own waste into food, or at least into feed for farmed animals. Indeed, feeding insects to livestock may be a first step to incorporating them into the UK food chain.

Using insects to feed chickens, pigs and fish is one thing, but convincing the British public to try them will be more challenging. At Grub Kitchen, we want to move away from the idea of eating insects as novelty items, or as a dare, as popularised by certain television program.

Diners will be able to eat insects in all forms, from an insect taster plate to our signature bug burgers or cricket cookies. There will be whole insects on the menu, but many people will be put off by the various legs, antennae and eyes so we will offer options where insects are incorporated into dishes: ground up and used as flour or burger mince.

Though the industry is growing there are still several barriers to mass production. Currently the UK allows you to farm insects for human consumption. However, insects are categorised as “farmed animals”, which means we can’t slaughter them where they are reared. Parts of insects, such as legs or wings, are considered novel foods and so undergo stringent safety testing but we can use whole insects in food so long as we carry out “due diligence”. We’re also banned from feeding insects to livestock entering the human food chain.

It’s clear we still have a lot to learn. We’re still not sure whether humans have the correct gut microflora to make the most of insect protein, for instance, and we need to find out more about potential allergies. For now, if you’re allergic to house dust mites or shellfish then it’s best to avoid eating insects – but this isn’t yet based on much research.

In the UK, we’re awaiting a decision as to whether the Food Standards Agency counts insects as “novel food”; a decision which will impact the entire industry. If the agency agrees that there is enough evidence that insects were eaten before 1997 then the food will be subject to fewer regulations.

So, brace yourselves, you may be seeing insects on the supermarket shelves before long and you’re welcome to come and dine at Grub Kitchen later in the year. However, even if you don’t think that you want to veer into the world of entomophagy, I’m afraid I’ve got news for you: you already are. You may be eating up to 60 fragments of insects in every 100g of chocolate and whenever you eat a fig, you are eating remnants of a fig wasp.