The Z-Triton is a Bike, Boat and Camper All In One 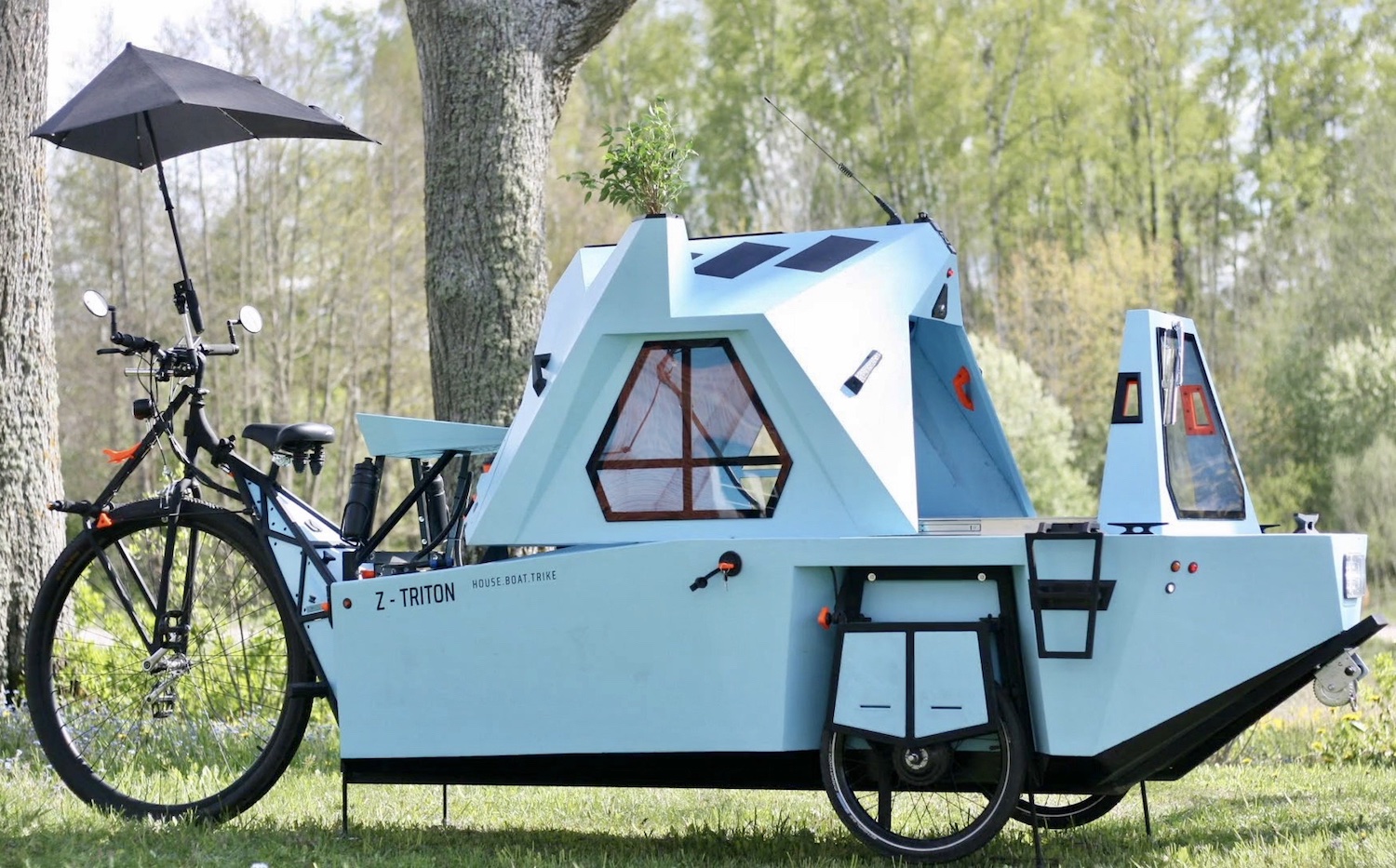 On Your Left, Ahoy and Home on the Range are all phrases that can be used in conjunction with Zeltini’s new Z-Triton, which is a bike, boat and camper all-in-one.

Indeed, the Z-Triton incorporates an electric-powered trike that’s built into a tiny house boat, making it the ideal amphibious camper to experience the expanse of the great outdoors.

The Z-Triton is powered by two 250 watt hub motors, as well as an electrical outboard engine. When in trike mode, a 36 inch front wheel and two 20 inch wheels at the rear deliver power to the ground, while the wheels can be folded up at a 90 degree angle, allowing the electric outboard motor to take over marine duties.

According to Zeltini, the Z-Triton is capable of traversing 24.9 miles on land and 18.6 miles over the water.

As one would expect, the dimensions are tiny, measuring just  3.6m L x 1.2m W x 1.55m H. Yet, the designers claim it’s roomy enough to accommodate two people plus a canine, along with plenty of storage inside including a passenger seatbelt when in bike mode and even a coffee cup holder.

There’s currently no word on the commercial launch of the Z-Triton, just prototype models.

However, Zeltini claims it’s getting closer to production.