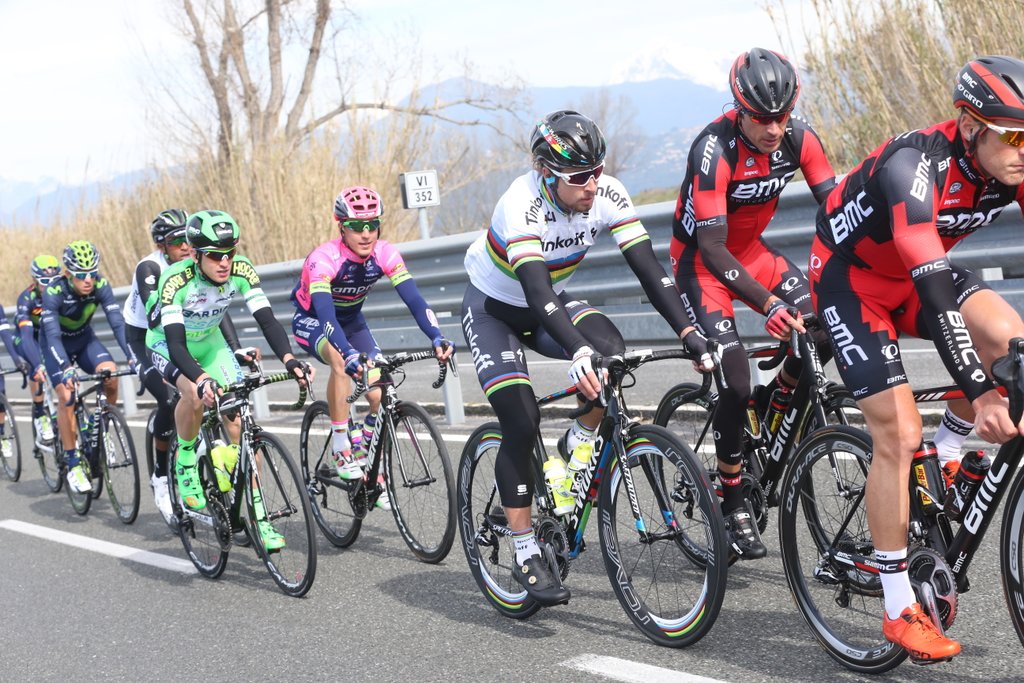 Zdenek Stybar (Etixx-QuickStep) claimed stage 3 of the Tirreno – Adriatico today, after imitating a late attack during the day’s final climb that saw the Czech rider go on to seize a solo victory.

A flurry of attacks during the final climb reduced the peloton to a select group of riders, wherein Etixx teammate, Gianluca Brambilla, covered the last of the attacks, ultimately paving the way for Stybar to ride clear and crested the summit with a slight gap.

From there, Stybar would hold onto his advantage all the way to the finish, crossing the line just one second ahead of the chase.

Back in the chase, BMC Racing kept the pace high, as they continued to close the gap on the escapees.

Indeed, as the race entered into the last 15 kilometers, they, along with the help of Astana, succeeded in reducing the breakaway’s advantage to just 30 seconds. And, a few kilometers later, the escapees were swept up.

From there, BMC Racing and Movistar took over during the final six kilometers, with Giovanni Visconti initiating a lone attack that would only last for a brief while.

However, a late attack from Mirko Selvage, saw the Androni Giocattoli-Sidermec rider get away briefly, before being reeled back in.

Next, came Diego Ulissi (Lampre-Merida), who also commenced a short-lived attack along one of the toughest sections of the climb.

However, Etixx-QuickStep kept things in check, with Stybar ultimately getting away with a slight gap over the summit.

Back in the chase, both Davide Formolo (Cannondale) and Boasson Hagen would put in a valiant effort, as did Vincenzo Nibali (Astana), to try and bring back Stybar.

But, there was no catching the Czech rider, who went on to claim his first win of the season, as well as take over the race lead.