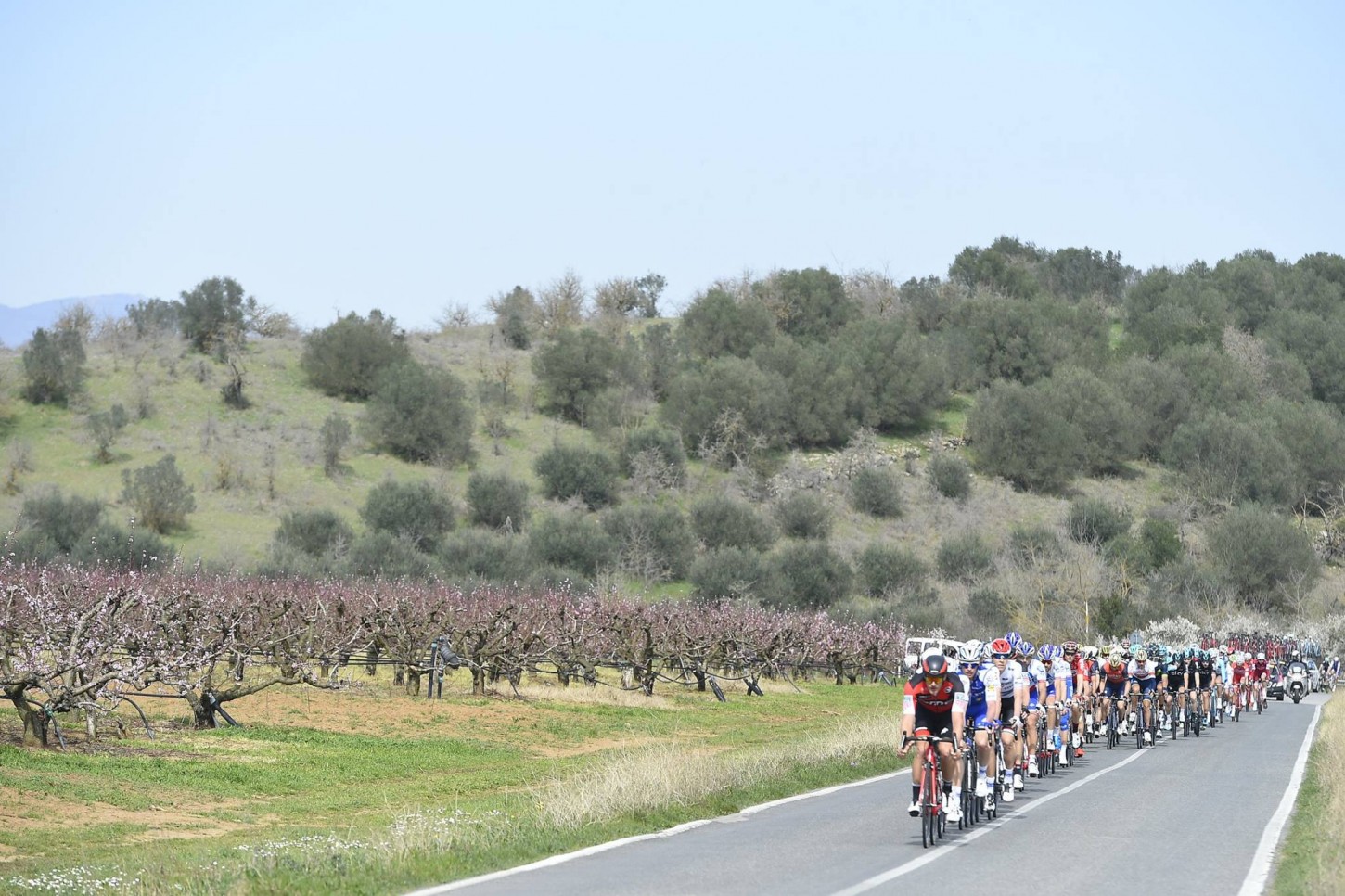 “You never know what’s going to happen, and today was a bit windy,” Sagan said after a tricky, slightly uphill finish. “Everybody was afraid about the wind in the last 50k, but in the end nothing happened and maybe a lot of riders came to the finish without legs. The last couple of kilometres there were cross winds.”

From there, the quintet went on to establish an advantage of 2:30 over the peloton – after 12 kilometers of racing

Back in the main field, BMC took control of the chase in order to protect the interests of its race leader – Greg Van Avermaet.

However, back up front, the breakaway group’s advantaged continued to grow, reaching a gap of 3:49 by the 50 kilometer mark.

Even after hitting the climb in Scansano, the breakaway group was still holding onto a lead of 3:15.

In the meantime, Maestri succeeded in claiming the 10 available KOM points.

Not long after however, the breakaway group’s lead began to diminish, leaving the escapees with just over a minute ahead of the peloton with 60 kilometers of racing still to go.

From there, the group’s advantage continued to fall, prompting Filosi to attack with less than 25 kilometers remaining.

The Italian rider was soon caught however, bringing the peloton together for an inevitable sprint finale.

Quick-Step’s Tom Boonen led the peloton during the final 10 kilometers, during which time BMC’s Daniel Oss suffered a punctured that required a wheel change – giving pause to the team’s ability to guard Van Avermaet.

Team Sky then entered the mix for Viviani, driving up the pace and causing splits in the peloton as the field continued to get strung out.

As the finish line neared, UAE Emirates’ Sacha Modolo attempted a long-range attack, but a slight rise at the finish, along with slight crosswinds, quickly brought an end to his efforts.

Viviani was the next rider to turn aggressive, however, Sagan commenced his winning move during the closing meters that proved unassailable for his rivals.