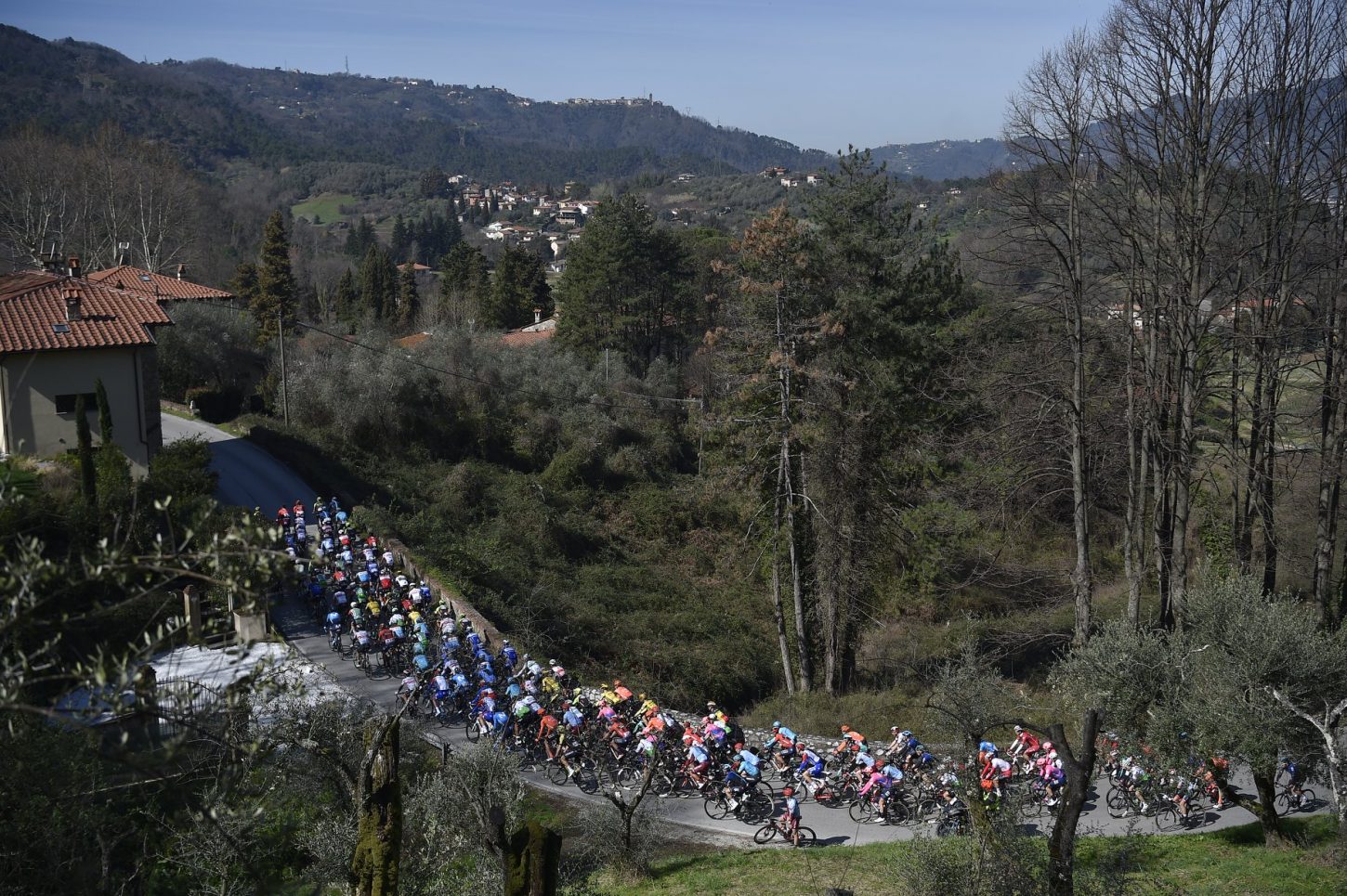 Deceuninck-Quick-Step’s Julian Alaphilippe claimed stage 2 of the Tirreno-Adriatico today, crossing the finish ahead of Greg Van Avermaet and Alberto Bettiol.

However, the escapees were eventually reined in with 13 kilometers to go.

The first rider to attack along the final climb was Daniel Oss, but the Bora-hansgrohe rider was soon reeled in with four kilometers remaining.

From there, Roglic, Lutsenko and Clarke went to the front, only to be joined by Tom Dumoulin (Sunweb) and Zdenek Stybar (Deceuninck-Quick-Step). But, with just over a kilometer to go, the chase group caught the quintet.

However, a determined Roglic kept upping the pace during the closing kilometer, while Lutsenko and Alaphilippe closely marked his move.

Once again, the chase group neutralized the leader’s aggressions, with Jumbo-Visma’s Laurens De Plus going to the front.

But, a patient Alaphilippe timed his winning move to perfection, attacking during the final meters to hold-off Van Avermaet and Bettiol to seize the stage honors.

In the meantime, Adam Yates became the new race leader, after the Mitchelton-Scott rider finished in 5th place today.