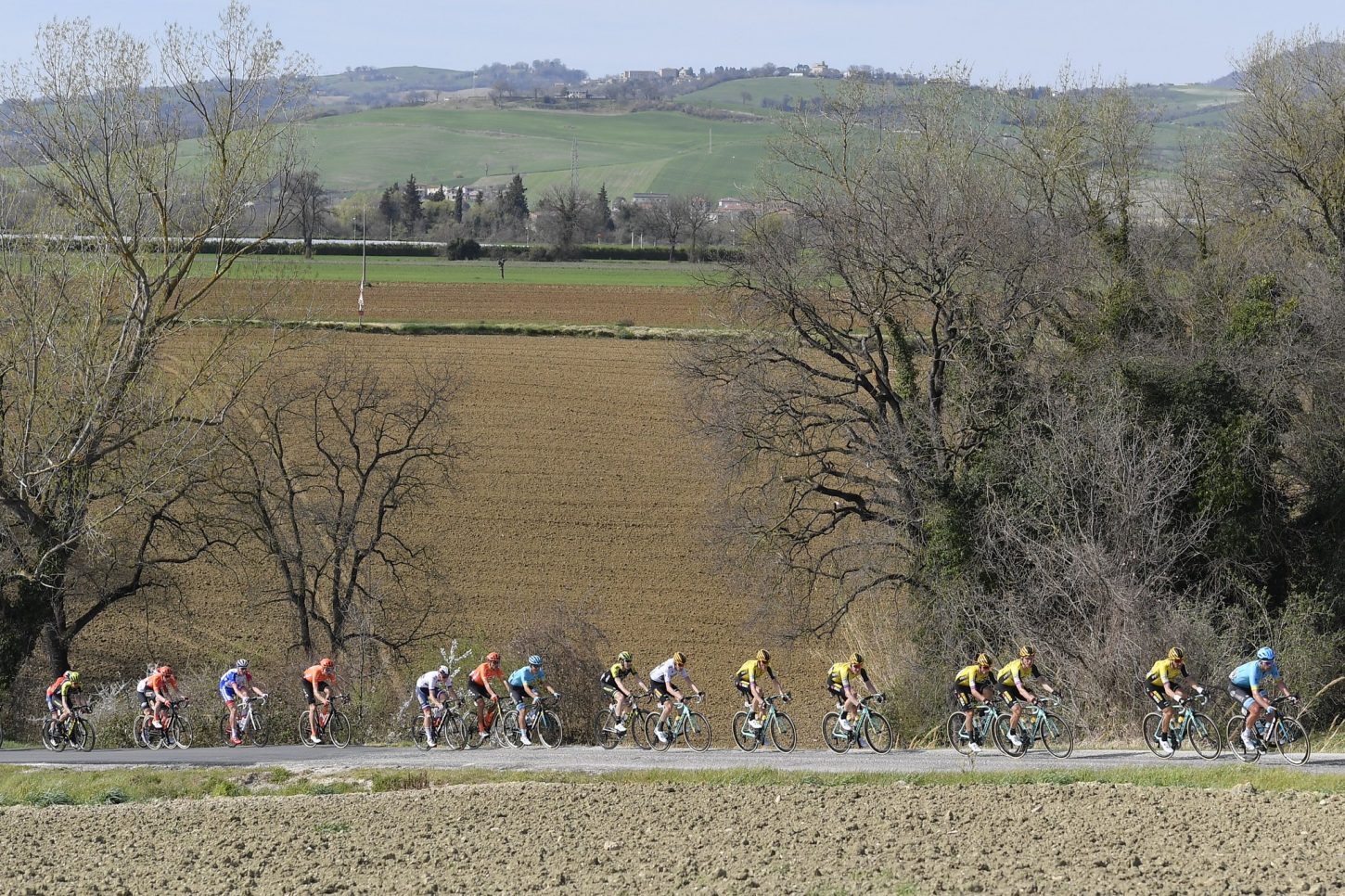 Alexey Lutsenko surged to victory in stage 4 of the Tirreno-Adriatico in Fossombrone, Italy, today.

Prior to winning the four-man sprint, Lutsenko was alone up the road with almost a one minute advantage. But, he was caught after his second crash inside the final two kilometers.

Meanwhile, Yates maintained his grip on the overall race lead, who now has a seven-second lead over Roglic with Tom Dumoulin (Team Sunweb) in third at 50-seconds down.

Nans Peters (AG2R La Mondiale) and Lluis Mas (Movistar) marked the day’s first breakaway attempt, with the duo remaining out front until the final 36 kilometers where they were caught.

From there, several attacks provoked splits in the peloton, with a small group containing Dumoulin, Jakob Fuglsang, Yates, Roglic and Lutsenko creating another breakaway.

However it wasn’t long before Lutsenko decided to jettison his companions and head out on his own.

With 12 kilometers to go, Lutsenko miscalculated a bend in the road, which sent him crashing, But, the Kazakh champion quickly remounted with very little lost time.

Lutsenko was met with tragedy again, hitting the deck after miscalculating another curve in the road with less than 2 kilometers remaining.

As a result, he was caught with less than half a kilometer to go. But, a determined Lutsenko attacked again during the closing meters to seize the stage honors.