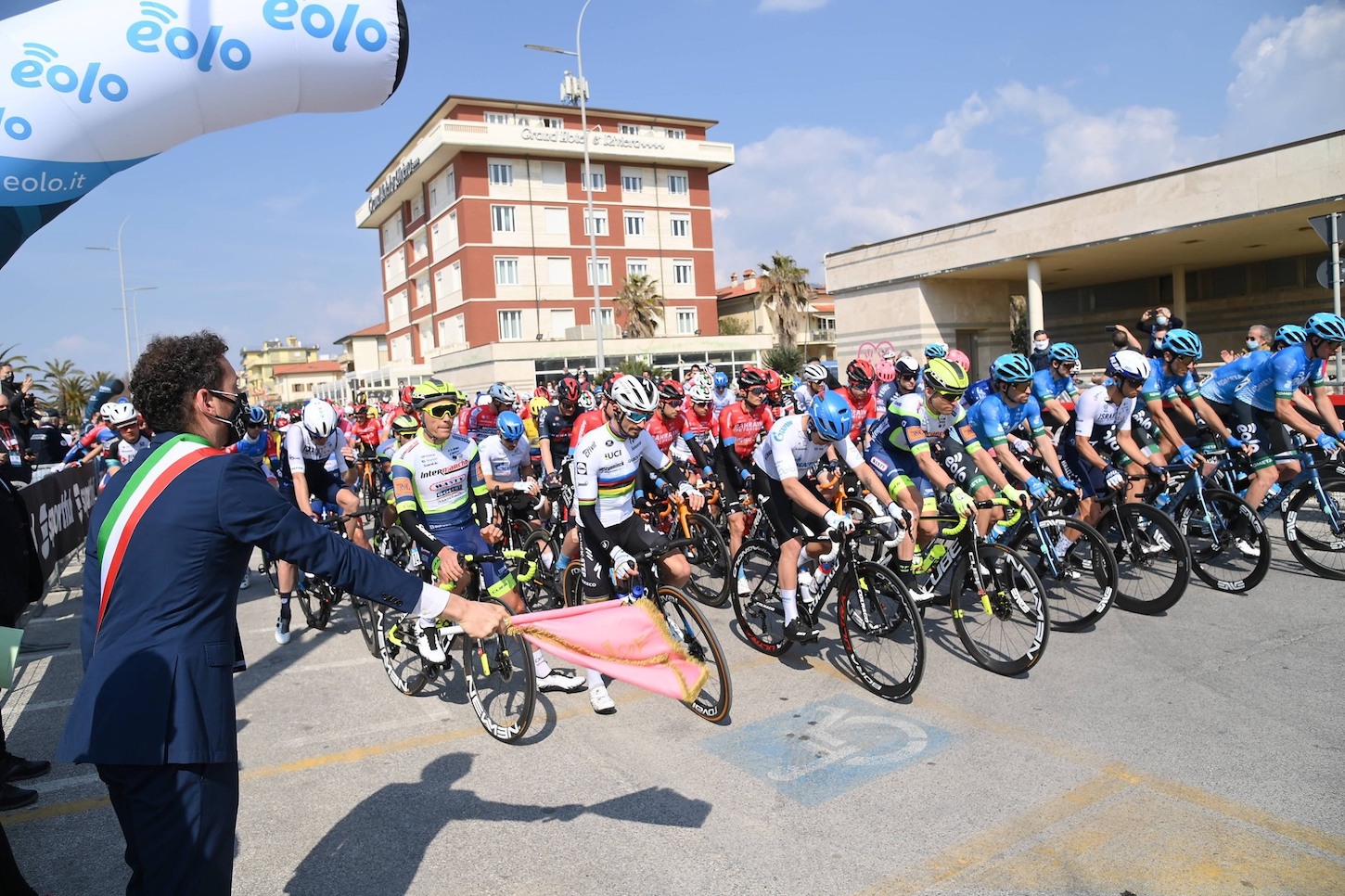 The Belgian rider commenced a final surge to the line, holding-off Fernando Gaviria and Caleb Ewan to seize the stage honors.

The victory gave van Aert a four-second lead in the general classification over Ewan, with Gaviria taking the third spot on the podium.

“The final straight was really long, so today it was all about the right timing. I had high speed and so when I saw the 200m sign and maybe a bit before, I thought not to wait and I launched my sprint. I had the speed to maintain it to the finish. I’m really happy,” Van Aert said.

As the peloton continued to close in on the escapees, Rivi and Bais decided to jettison their breakaway companions, holding on until the final 10 kilometers before getting reined in.

From there, multiple teams started amassing at the front with the goal of setting up their respective sprinters.

With 3 kilometers to go, Jumbo-Visma, Lotto Soudal, Deceuninck-Quick-Step and others fiercely jostled for position, with Jasper De Buyst attempting to move Ewan into perfect position to contest the sprint.

But van Aert was keen to mark his move, unleashing a powerful sprint to seize the victory over his Aussie rival.