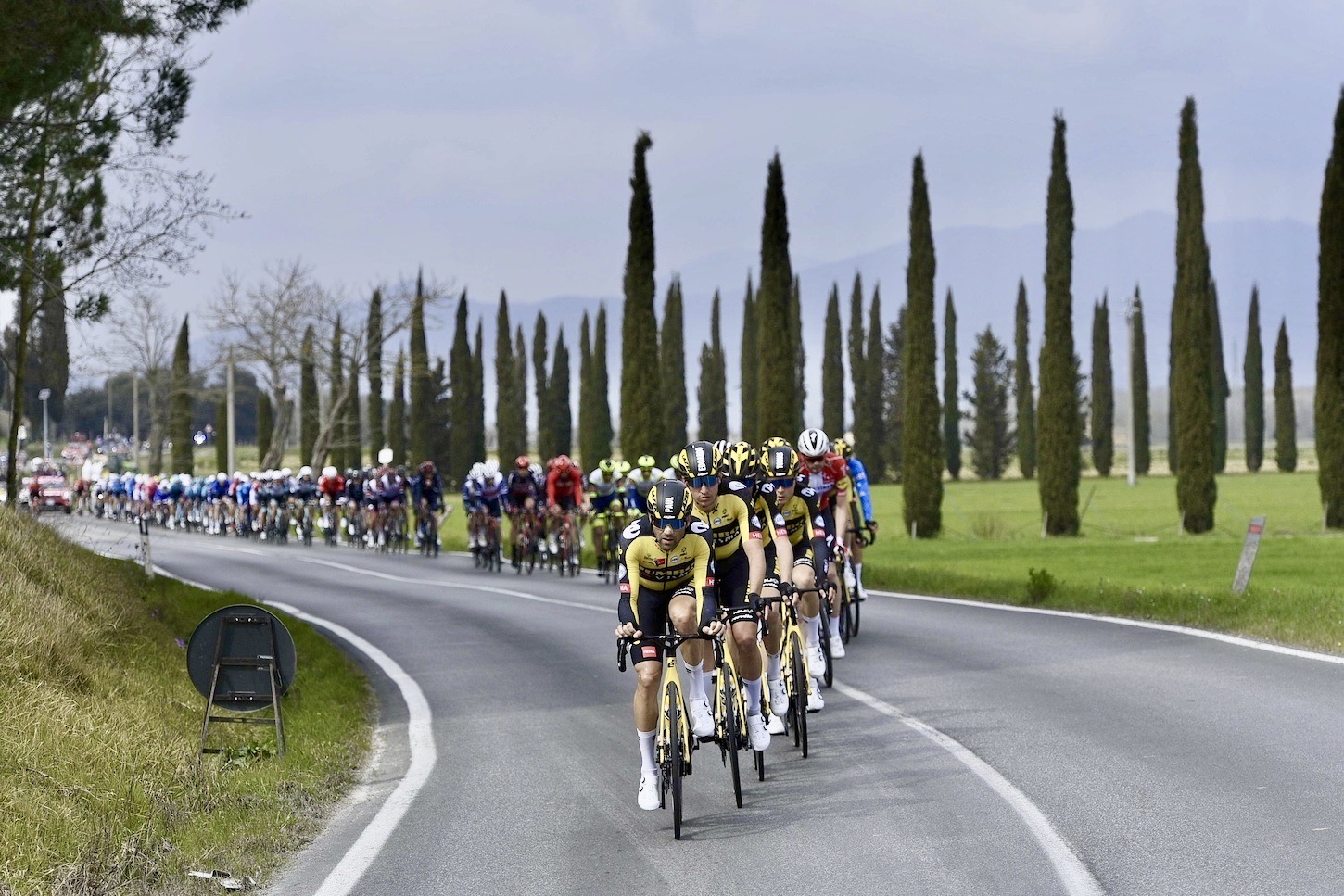 Julian Alaphilippe (Deceuninck-QuickStep) won stage 2 of the Tirreno-Adriatico today, after the World Champion commenced a well-timed attack during the closing meters along the final climb to claim the stage honors ahead of Mathieu van der Poel (Alpecin-Fenix) and overall leader Wout Van Aert (Jumbo-Visma) in Chiusdino.

However, the group was eventually reeled in as the peloton hit the first of the major climbs of the day.

The race was later animated by Egan Bernal (Ineos Grenadiers), who attack off the front with 35 kilometers to go, a move that was followed by a series of blistering accelerations back in the peloton that saw Kasper Asgreen (Deceuninck-Quick-Step) and Jasper De Buyst (Lotto-Soudal) bridge their way to Bernal at the front.

With a quartet now formed at the front, the group succeeded in carving out a slight gap of 15-seconds over the chase with just under 30 kilometers remaining.

With 20 kilometers to go, the peloton was being led by Tobias Foss (Jumbo-Visma) and Van Aert, who were joined by Timo Roosen just a few kilometers later.

Back in the chase, UAE Team Emirates worked in earnest to try and move Tadej Pogačar to the front as they hit the final climb.

Yates sat up with just under 2 kilometers to go, while Sivakov launched an attack that was quickly marked by Almeida and Landa as they headed into the final kilometer.

Almeida kicked again, dispatching his fellow breakaway companions, while Geraint Thomas (Ineos Grenadiers) tried one of his trademark last kilometer attacks, but to no avail.

Almeida managed to hold on until the last 200 meters when his teammate Alaphilippe flew past him, along with the rest of the remaining peloton, to clinch the stage victory.