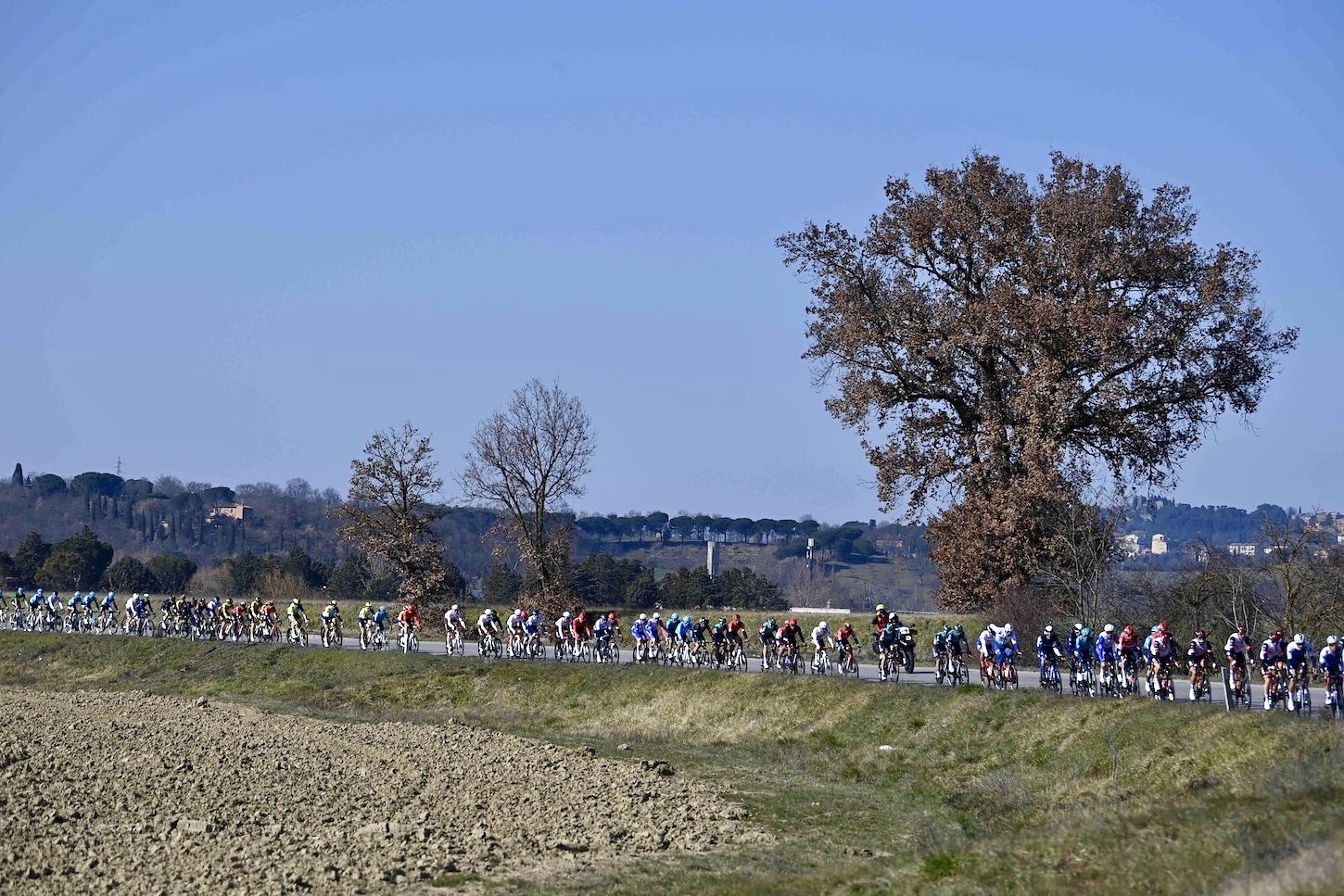 Despite a series of mechanical setbacks, Caleb Ewan (Lotto Soudal) managed to sprint to victory in stage 3 of the Tirreno-Adriatico today, beating Arnaud Démare (Groupama-FDJ) and Olav Kooij (Jumbo-Visma) along the slightly uphill finish in Terni.

Following a late attack from Filippo Ganna (Ineos Grenadiers) during the final kilometers, Groupama-FDJ took over control of the peloton under the flamme rouge, with the goal of setting up Démare.

But, Démare was unable to fend-off a fast-charging Ewan, who snatched the victory from his French rival by a bike length.

The trio pressed on together, later being joined by Tao Geoghegan Hart (Ineos Grenadiers), who bridged the gap with 25 kilometers remaining.

It took the peloton some time to get organized, but the group did manage to rein in Pogacar et al inside the final 10 kilometers.

A series of roundabouts during the final 5 kilometers caused alarm in the peloton. But, they were negotiated without incident, with Ewan closely marking Pascal Ackermann (UAE Team Emirates) and Démare during the closing 700 meters.

The Australian rider then swept past Ackermann, quickly positioning himself in the slipstream of Démare before pouncing during the final 50 meters to seize the stage honors.

“I had to use a lot of guys with that late attack. I knew if I was on my own and could follow the right wheels, I knew I could finish it off at the end.”

“I knew I had to be top three or four in the last corner and it was a finish that suited me.”