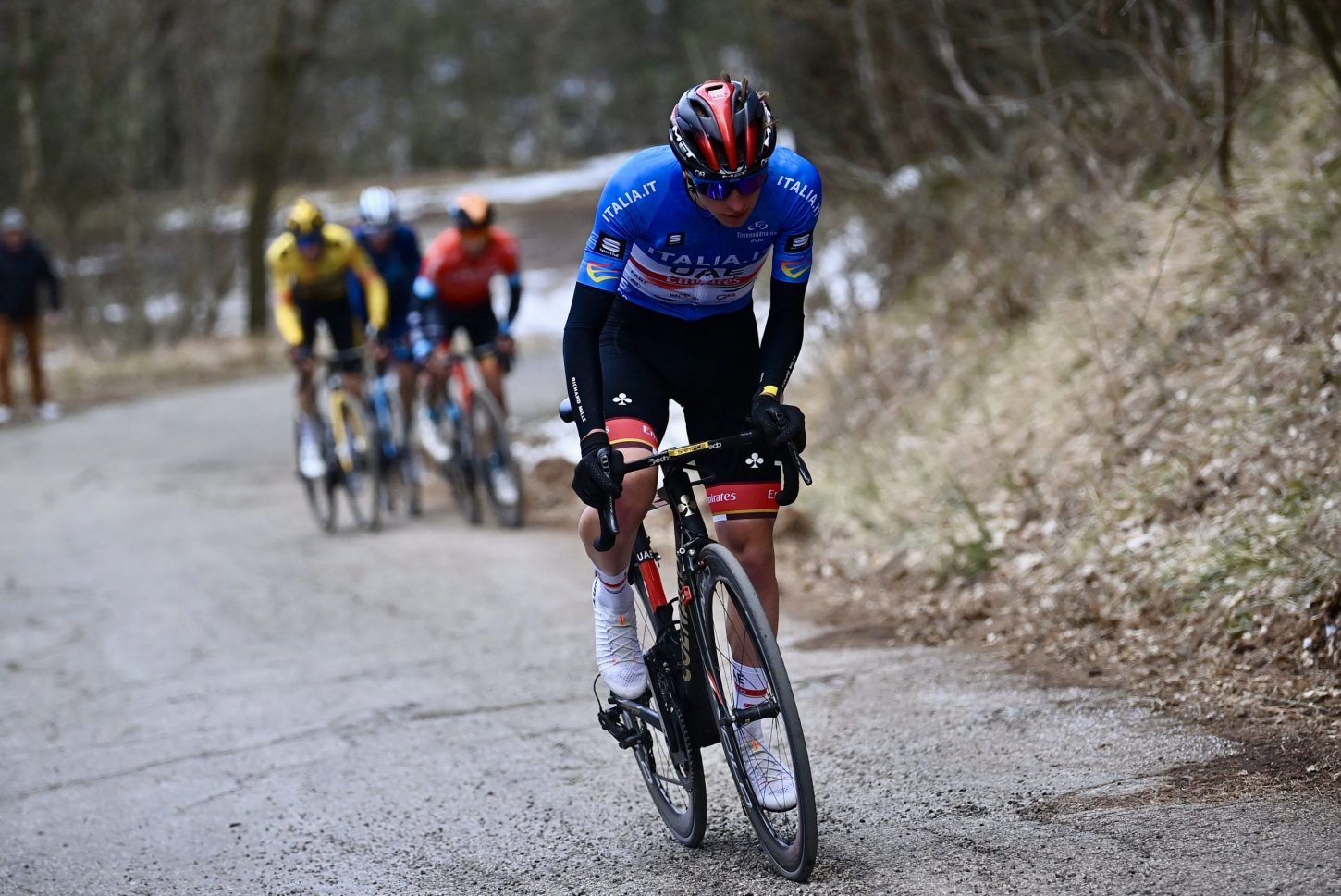 Heading into the first ascent of the Carpegna, the group started to fracture, with only Alaphilippe, Cosnefroy, Simmons, Mas and Alex Aranburu remaining out front.

The quintet was still clinging to an advantage of 1:40 at the summit, while Remco Evenepoel and Tao Geoghegan Hart were both dropped from the group.

At one point, Simmons found himself forging on alone, still holding a gap of almost a minute.

Back in the peloton, Damiano Caruso, Pogačar, Ciccone, Landa, Vingegaard, Bilbao and Hindley set a fierce pace along the descent, eventually catching Simmons before the second ascent of the Monte Carpegna.

Landa was the first rider to try and lift the pace along the final climb, dropping Majka, Soler, Ciccone and Pinot, as Pogačar, Vingegaard, Landa and Mas were keen to mark his move.

But, with 16 kilometers remaining, Pogačar launched his winning move, quickly opening up a 20-second lead that would later swell to half minute.

Landa tried closing the gap to Pogačar, but the Slovenian rider was long gone at that point, crossing the line more than a minute head of his rivals.