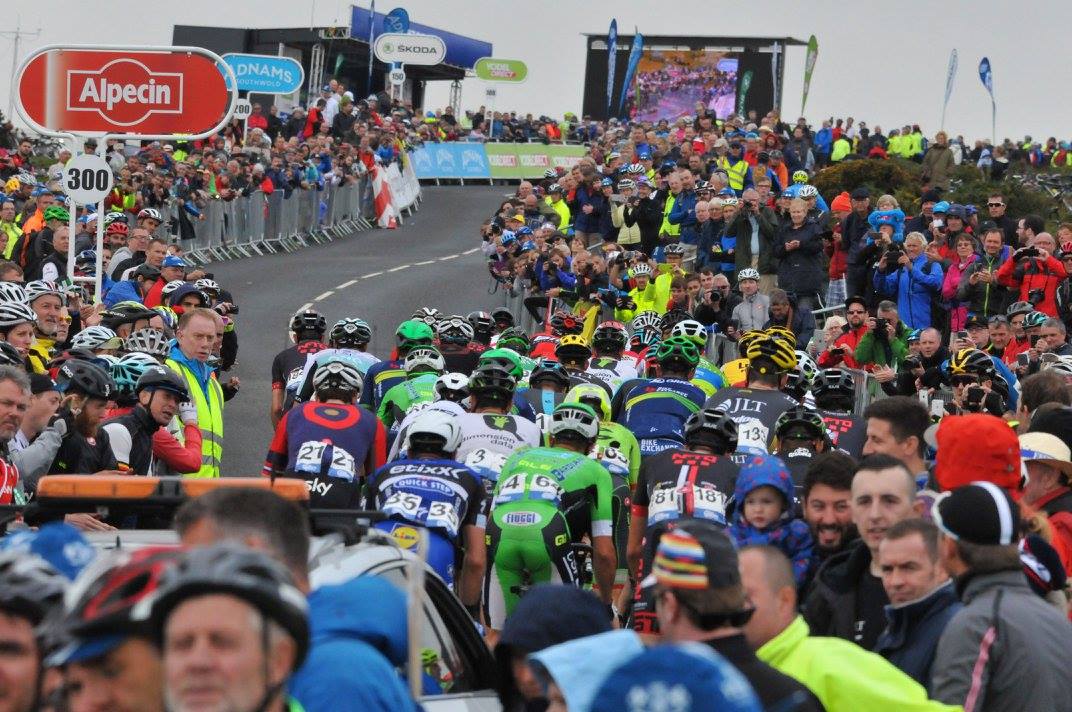 The Team Sky rider succeeded in distancing his rivals along the final climb to Haytor, to seize a solo victory 6 seconds ahead of Rohan Dennis (BMC), followed by Tom Dumoulin (Giant-Alpecin).

As a result, the Belgian rider was forced to relinquish his leader’s jersey to Stephen Cummings (Dimension Data).

The peloton eventually caught what remained of the day’s breakaway group during the final 10 kilometers.

From there, Dennis was the first rider to animate the field with an attack along the final ascent to Haytor.

Just as the Australian rider managed to open up a slight gap, he was quickly joined by Poels, Dumoulin and Gorka Izaguirre (Movistar).

In the meantime, Vermote found himself in trouble, as he struggled to keep pace along the final climb.

Shortly thereafter, Cummings bridged his way to the four leaders, along with Tony Gallopin (Lotto-Soudal), only to be dropped when Dumoulin upped the pace at the front the lead group.

Poels was able to remain on terms with his compatriot, subsequently initiating an attack of his own during the last kilometer.

Dennis and Dumoulin made a concerted effort to try and reel Poels back in during the closing 500 meters. But, the Dutch rider had already created enough of a gap to remain outside of their clutches, and claim the stage honors.