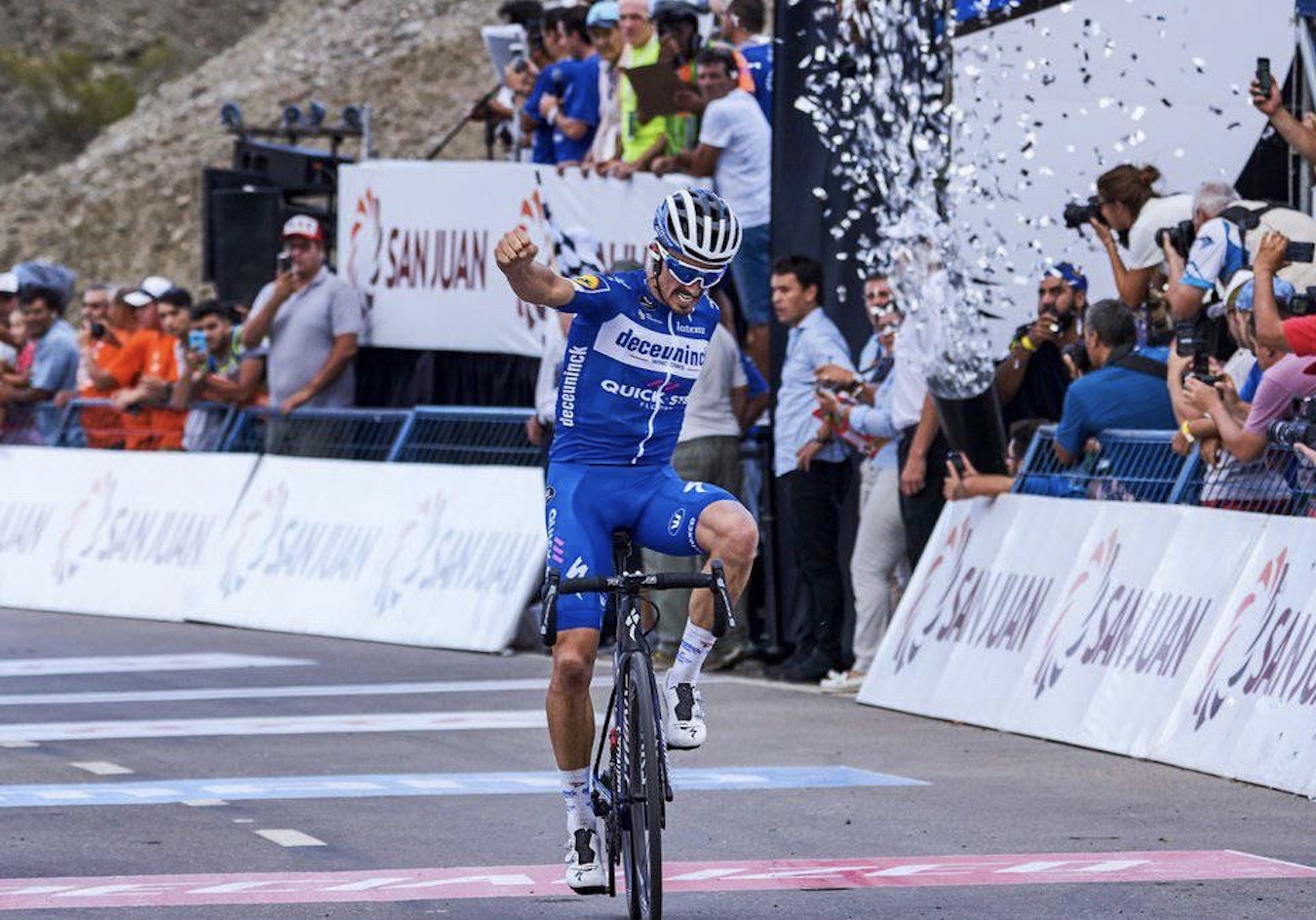 Julian Alaphilippe (Deceuninck-QuickStep) won stage 5 of the Tour Colombia today, after the French rider commenced a powerful attack during the last kilometer that saw him hold-off challenges from Miguel Angel Lopez (Astana) and Richard Carapaz (Movistar) to claim the race honors.

Alaphilippe not only netted today’s stage victory, he also wrested the leader’s jersey from his teammate Bob Jungels to takeover the race lead.

However, the duo was caught with 10 kilometers to go, with Contreras the next to attack followed by Sosa and Martinez.

Contreras was easily dropped, while Lopez and Carapaz made their way to Alaphilippe.

Alaphilippe made a blistering attack during the closing kilometer that left his rivals struggling to reel him back in.

In the meantime, an early crash knocked Chris Froome (Team Sky) out of contention, relegating the race hopeful to 119th place.