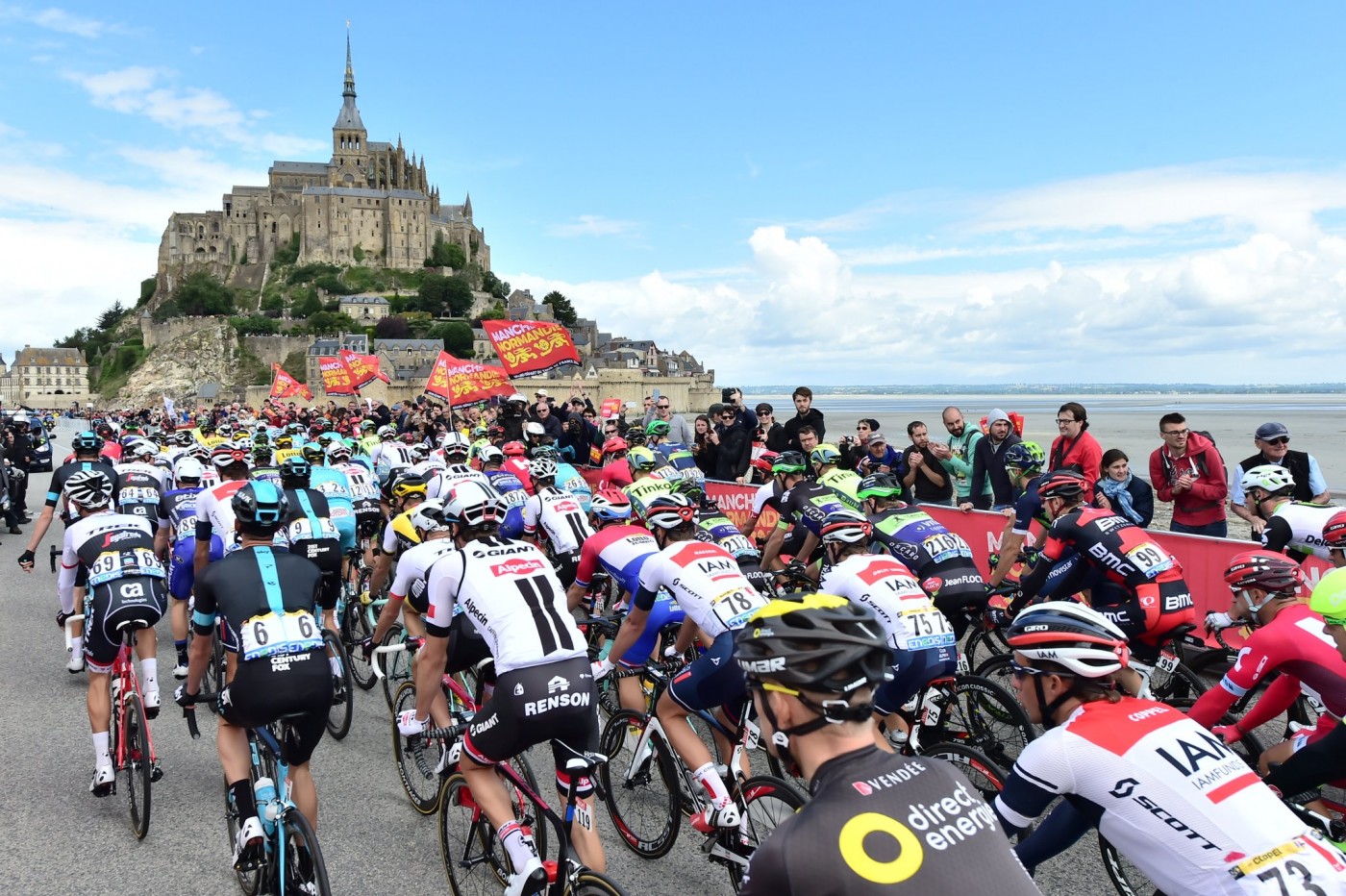 Mark Cavendish (Dimension Data) claimed the opening stage of the Tour de France in Utah Beach today, after he outsprinted Marcel Kittel and Peter Sagan to take the first yellow jersey of his career.

“I’m so happy. I really wanted to win here today,” Cavendish said. “The lads were incredble. Edvald [Boasson Hagen] did the most incredible turn at the end. He rode out of skin today. I’m so happy to do this for Dimension Data today. There’s no better way to highlight the Quebeka charity.

“It’s quite emotional. This is the only jersey in cycling I’ve not worn. I’ve had all three points jerseys, the worlds jerseys and the leaders jerseys in the Giro and the Vuelta and now this. I just wanted to win the stage and to wear this jersey is an honor. I’ve built my whole career on this race.”

198 riders took the start of today’s 103rd edition of the Tour de France in front of the Mont-Saint-Michel.

A brief crosswind attack at midpoint in the race and a crash for Alberto Contador (Tinkoff) had been the dramatic highlights of a day that was calmer than expected despite the windy conditions.

It was always apparent that it was going to be a bunch sprint and things were on track for the big battle when the final two escapees were caught with 5km to go.

Maximilano Richeze did the lead-out for Kittel and dropped the German off. However, it was a bit too early and he lost position when Mark Renshaw hit the front, without having Cavendish on his wheel. Greg Henderson took over for Lotto Soudal but he had lost Greipel too and instead he had Cavendish behind him.

Cavendish reacted quickly when Sagan launched a long sprint while Kittel had to start from far back. While the German started to pass the world champion, Cavendish stayed out of the wind and then launched his sprint. He easily came around Sagan and as Kittel was fading, he put meters into the German who had to settle for second. Sagan narrowly held off Greipel who came from far back to take fourth.

A big crash in the finale saw Michael Mørkøv (Katusha), Michael Matthews (Orica-GreenEDGE) and Sam Bennett (Bora-Argon 18) hit the deck. The incident also took Groenewegen out of contention but the Dutchman didn’t go down.

Cavendish now leads the race with a four-second advantage over Kittel. He won’t have much of a chance to defend his jersey as the riders face the first climbing tomorrow. A lumpy start with three category 4 climbs leads to a flat middle section before the terrain again gets hillier. In the final 10km, the riders first face an uncategorized climb and the category 3 Cote de La Glacerie (1.9km, 6.5%) whose top comes just 1.5km from the finish. Then the road levels out until the road tamps up at 5.7% for 700m.