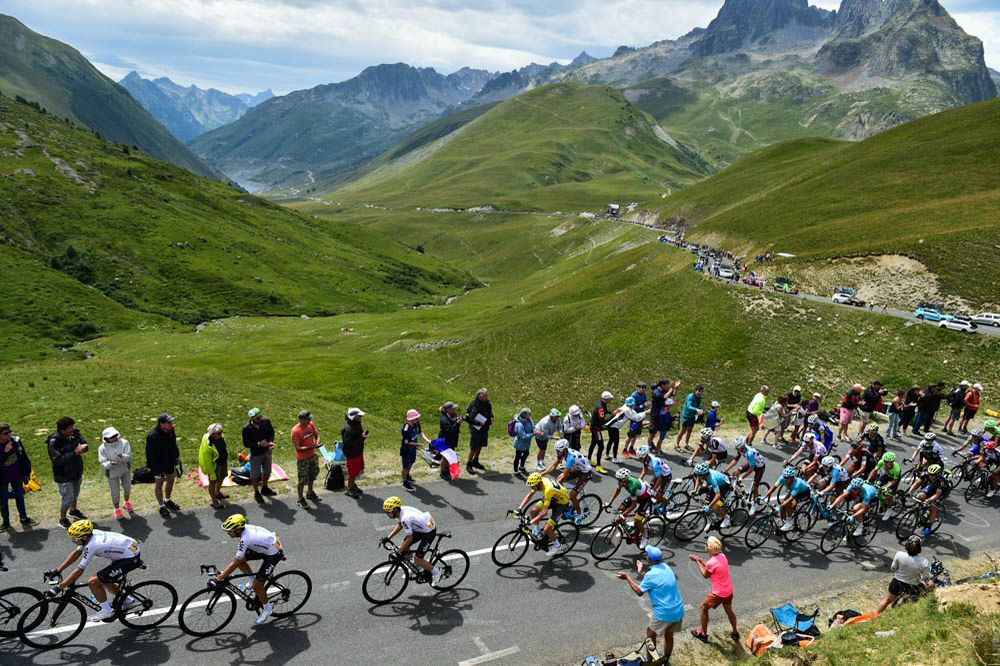 Primoz Roglic (LottoNL-Jumbo) claimed a solo victory during stage 17 of the Tour de France today, after the Slovenia rider commenced a long-range attack along the final climb to Serre Chavalier.

Roglic had been part of the early breakaway group before attacking along the climb of the Col du Galibier, to seize the stage honors 1:13 over the top GC favorites.

Meanwhile, race leader Chris Froome (Team Sky) finished in third place behind Rigoberto Uran (Cannondale-Drapac), to retain his grip on the overall race lead, while the rest of the GC favorites followed.

Roglic was part of a large escape group that got underway early on in today’s stage.

However, with 34 kilometers to go, the LottoNL-Jumbo rider decided to make his winning move along the famous climb of the Col du Galibier, which held until the summit finish in Serre Chevalier.

In the meantime, Uran succeeded in out-sprinting Froome to claim second place on the podium, while KOM leader Romain Bardet (AG2R La Mondiale) made his way across the finish in fourth.

Things did not go well for Fabio Aru (Astana) today however, as the Italian rider was dropped by his rivals along the Col du Galibier, finishing more than half a minute behind in 10th place.

The rest of the peloton had been climbing together until the final 5 kilometers from the summit of the Galibier, when Aru was distanced by a trio of attacks initiated by Bardet, which only Froome, Uran and Mikel Landa (Team Sky) could follow.

Aru later joined a chase group on the descent to the finish from the Galibier with the likes of Dan Martin (Quick-Step Floors) and Alberto Contador (Trek-Segafredo), but they were unable to close the gap.

Bonus points were awarded to the first three riders over the line, which means Froome stretched his overall lead to 27 seconds over Uran and Bardet.