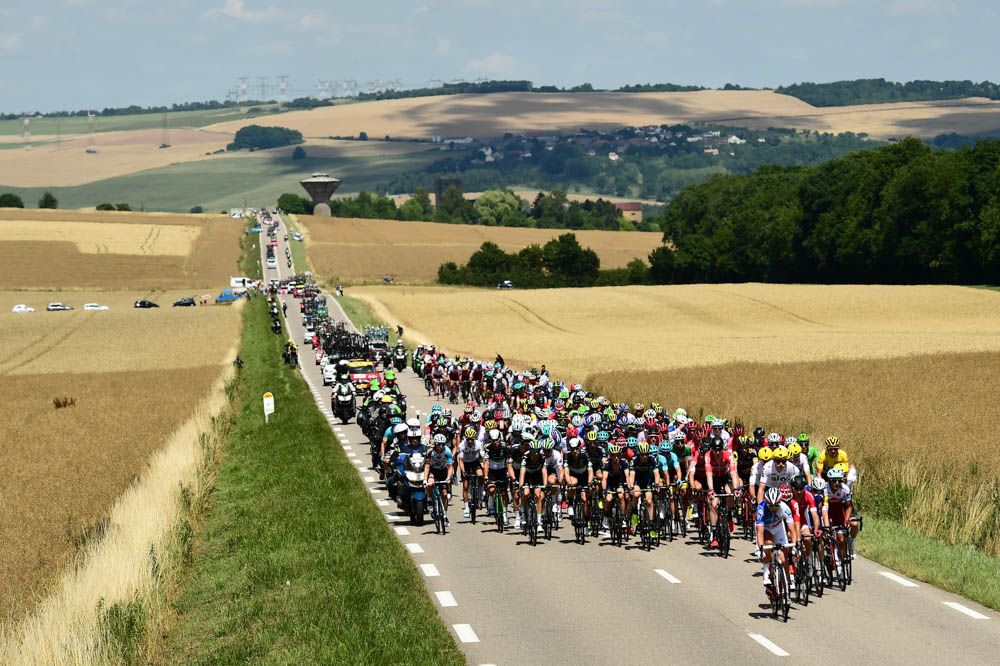 The riders delayed by the crash were given the same time as Demare and so Thomas kept the leader’s yellow jersey. He will wear it during Wednesday’s 160km fifth stage to the mountain finish of La Planche des Belles Filles.

“It’s the sprint, I just didn’t know Mark was behind me … he’s coming from the right side and I wanted to take the wheel of – who was that – Démare or … Kristoff I think? I wanted to go on his wheel but Mark was coming really fast from the back and after I didn’t have time to react to go left, and and after he just came to me and after to the fence”, Sagan aid after the stage.

Asked if he apologized to Cavendish, he added, “Yeah for sure because it’s not nice to crash like that.”

Wanty-Groupe Gobert’s Guillame Van Keirsbulck attacked from the outset of today’s stage, subsequently riding alone for most of the stage, and layer building up a massive gap of more than 13 minutes over the peloton.

However, Van Keirsbulck’s escape eventually came to end, after the Belgian rider was was reined in by the peloton with 17 kilometers remaining.

From there, the peloton remained intact, with each team moving their respective sprinters into place during the closing few hundred meters to contest the sprint.